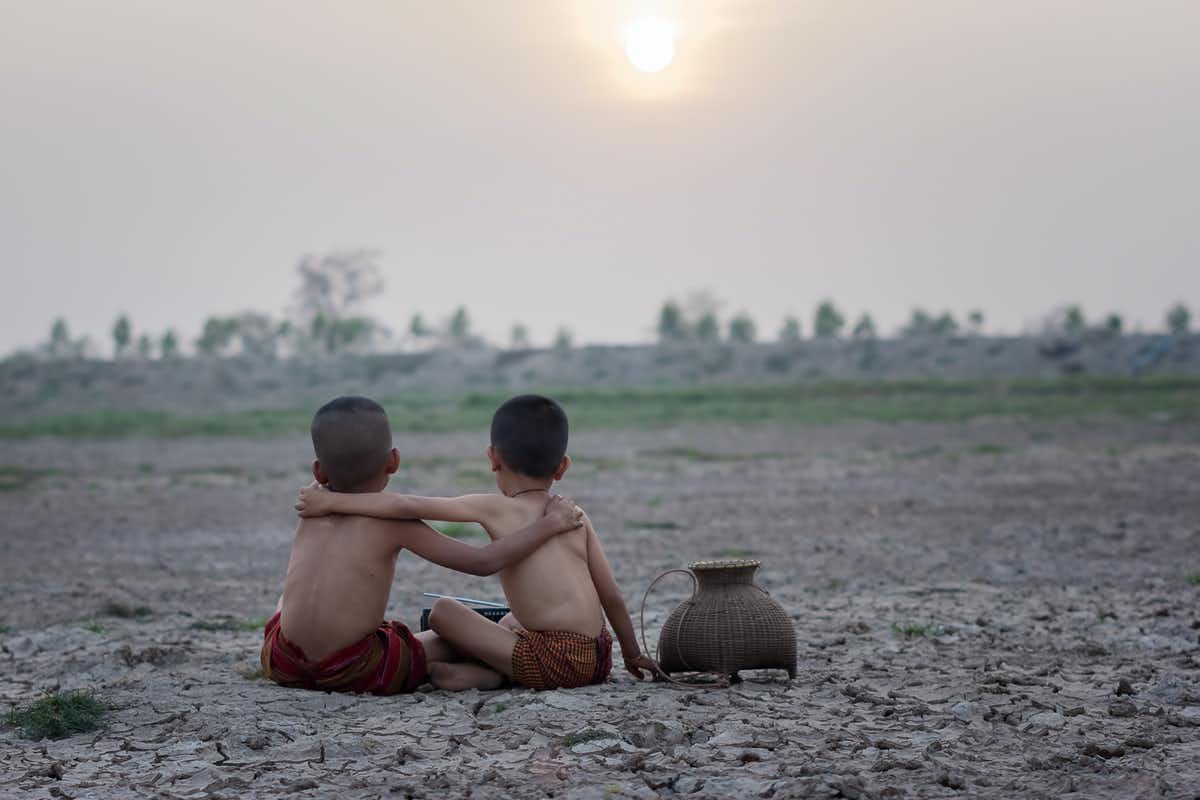 A study out today says the vast majority of Earth’s coal, including 95% of Australia’s, cannot be burned if global warming is to be limited to 1.5℃ this century. The findings are undoubtedly true. But examining how much fossil fuel the world can still use is not the question we should be asking.

Instead, the most useful questions are: how do we advance Australia’s economic future outside high-emissions industries? And how can we seize the opportunities presented by the declines of coal, and then gas, rather than watching the economy go underwater as we try to stem an unstoppable tide?

The world is moving away fossil fuels, and there’s nothing Australia can do about it. Racing to dig up and sell whatever fossil fuels we can before the timer stops is not a future-proof strategy. We need to prepare for the change and diversify the economy.

How much coal must remain in the ground is beside the point. Instead, we should grasp this moment – turning it into a positive step for the world community and future generations.

Get news that’s free, independent and based on evidence.

The new study by researchers at University College London examines how much fossil fuel can still be burned if we hope to keep the global average temperature rises to within 1.5℃ – the ambitious end of the Paris Agreement goals. It compares this “budget” with the known stores of coal, oil and gas in various parts of the world.

The study finds the vast majority of remaining fossil fuels must remain in the ground – specifically 89% of coal, 59% of gas and 58% of oil. For Australia, that equates to 95% of our coal reserves and 35% of our gas.

The research is a follow-up to a well-known 2015 study based on the 2℃ warming scenario. Similar findings have also been made in other research.

While it’s long been clear that much of Earth’s fossil fuel deposits must stay in the ground, there are uncertainties around the numbers. These come from varying assumptions about:

The study released overnight offers results only from a single model and data set. The results remind us how little time remains to keep using fossil fuels, but we should not focus unduly on the headline numbers the study produced.

Read more: Yes, it is entirely possible for Australia to phase out thermal coal within a decade

3 lenses on the end of the fossil fuel age

Countries that produce and export large amounts of fossil fuels must address this undeniable reality. We characterise three different ways they can do this.

The first is the “hell-for-leather” approach: extract, use and sell whatever fossil fuels you can while there’s still a market, and promote the global use of fossil fuels to extend the ride. This is the natural stance for companies focused solely on fossil fuel production.

Some countries that export fossil fuels are pursuing such strategies. In Australia, a statement by federal Resources Minister Keith Pitt this week can be interpreted along such lines.

In this mindset, remaining fossil fuel deposits should be exploited to the maximum, at whatever cost. It emphasises specific business interests, while defining national interests in narrow and short-sighted terms.

It also disregards the global climate change objective and international relations with countries that emphasise climate concerns. In short, it risks train wrecks down the track.

A second approach is to concede fossil fuels are on a long-term downward trajectory, due to climate change concerns and rapid improvements in clean technologies. It accepts this change is driven by consumers and there is nothing fossil fuel exporters can do about it.

The logical consequence is to prepare for the inevitable decline and cushion the transition. That could include using some revenue from fossil fuels to invest in a socially and environmentally sensitive transition.

Under this approach, the amount of fossil fuel available underground is simply irrelevant. The deposits are redundant – just like all those stones were at the end of the Stone Age. The question of what proportion must remain unexploited is of no particular interest.

A third option is to understand the challenge as a positive one: take the global shift away from fossil fuels as an opportunity to modernise and massively diversify the economy.

Taking this perspective, leaving coal in the ground is a positive step that helps nations and regions evolve in desirable ways and helps the world community, and future generations, deal with climate change. Not mining coal, then, takes on an ethical dimension – perhaps it can be seen as “ethi-coal”.

Preparing for a post-fossil future

Whichever lens one chooses to look through, clean technologies will displace the burning of coal, oil and gas.

In Australia, large corporations (and to a lesser extent, some employees and public finances) have done well out of coal and gas. But that’s far from the only way we can derive large export revenues.

Australia is exceptionally well placed to build up an energy and processing industry based on its practically limitless renewable energy potential, coupled with experience with and predisposition towards large resource industries. This could include clean hydrogen and even green steel.

But to once again become dependent on just a few large industries, such as minerals or energy, should not be the goal here. Rather, we should use the global low-carbon transition as a platform for a large range of new industries. There are many opportunities in new technologies and practices.

So let’s keep our eye on the big picture: diversifying the economy into a broad range of activities with low environmental footprints, underpinned by modern infrastructure, top quality education and a strong social and health system.

Therein lies a desirable and economically sound future for Australia – one where we won’t be worrying one bit about all the coal left in the ground.