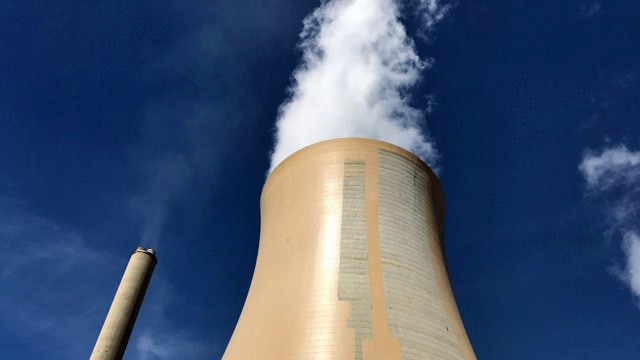 Australia’s largest electricity company is slashing its coal and gas power-plant workforce, amid a surge of cheap renewable energy.

AGL has confirmed it is offering voluntary redundancies at its Victorian, South Australian and New South Wales’ plants.

Workers are being offered packages to leave Victorian brown coal Loy Yang A power station, which is scheduled to close in 2047.

Staff at its two New South Wales’ Hunter Valley coal power stations: Bayswater, scheduled to close in 2035; and its Liddell plant, set to close in April 2023, are also being targeted.

The move followed AGL’s announcement that it would close of one of its Torrens B gas generation units late next year.

An AGL spokeswoman said the company was trying to make a 10-per-cent cut to operational costs, and denied union reports that it was trying to slash 10 per cent of its staff.

The company would not reveal how many staff it intended to shed.

“[We are] addressing the need to respond to market and operating conditions in order to maintain a sustainable business,” an AGL spokeswoman said.

Pressure from renewables behind the move

Bruce Mountain, director of the Victoria Energy Policy Centre, said the move could be linked AGL’s planned demerger announced in July where all four power plants would be owned and operated by a newly formed company.

A flood of renewable energy into the market has lowered wholesale and retail prices and has made it more cost competitive for traditional power providers.

“They’re trying to split their business up between their customers and their coal generators, that’s their underlying strategic driver at the moment,” Mr Mountain said.

“I think a major demerger like this gives them an opportunity to make decisions on staffing levels.

“They’ll be looking to be making their businesses more profitable and looking to reduce headcount.”

AGL denied the demerger was behind the redundancies, and said the move was in response to operating conditions.

Unions say they accept that renewables are changing the viability of coal and gas plants, but remain concerned about safety of the AGL Loy Yang A plant.

“I struggle to understand how you can run a power station with less of your workforce and operate under the same conditions and same output as you can today,” Gippsland Trades and Labour Council secretary Steve Dodd said.

The unions want AGL to be more up-front with workers about when to expect power plants to close.

And while Alinta’s Loy Yang B generator in the Latrobe Valley has an official shutdown date of 2047,  its chief executive Jeff Dimery recently conceded it could close in as few as 15 years.

“I would call on the generators to actually consult not only with the unions and the workers, but also with the community at large,” Mr Dodd said.

“Every time a worker is made redundant in the power industry that has financial impact on the community.”

A spokesperson from Environment Victoria said Loy Alinta’s planned closure date for Loy Yang A in 2047 was “a fantasy” and AGL needed to release a clear timeline for closing the plant.

He called for “a clear strategy, clear timelines, and certainty around closure dates that allows people to plan their lives.”