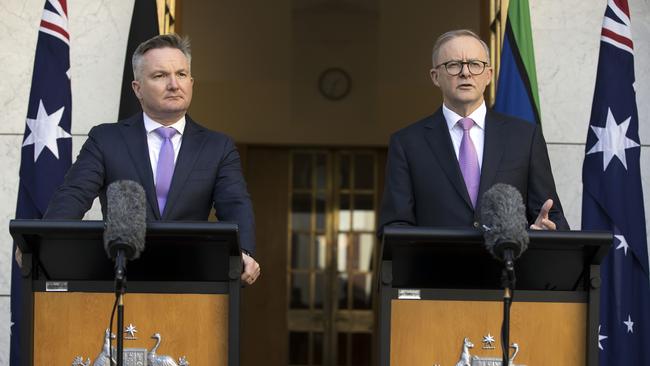 DAVE SHARMA in The Australian

A large part of diplomacy is simply turning up. By their presence at an international meeting, a leader indicates their country takes the topic seriously, and is prepared to invest their time, and their country’s resources, in addressing it. So it is with climate change.

The Conference of the Parties to the United Nations Framework Convention on Climate Change, the so-called COP, is the main annual event in the climate change calendar. This year it is taking place in Sharm el-Sheikh, on the Egyptian Red Sea coast.

By failing to turn up, Prime Minister Anthony Albanese is declaring the issue of climate change is not important enough to warrant his time. It’s an odd choice for a government that campaigned on the promise of more ambitious action on climate change.

About 90 heads of state have so far confirmed their attendance at COP27.

This includes the US President, Joe Biden, despite the leaders’ component taking place just after the US midterm elections, when Biden will need to come to terms with a new, and likely less favourable, US congress.

Scott Morrison made it to the COP in Glasgow last year, but it seems that despite his campaign rhetoric, Albanese cannot make it to the considerably closer Sharm el-Sheikh. Albanese claimed a more ambitious 2030 emissions reduction target, which Labor has now formally adopted, would guarantee us “a seat at the table”. I support Labor’s higher ambition target, but there’s not much point getting a seat at the table if you have no plans to sit down.

This is especially true given the government’s declared bid to host the Conference of the Parties in 2026.

It will be hard to convince others of Australia’s credentials to host such a meeting when our leader does not bother attending them.

When Australia put in our bid to host the G20, back in 2011, then prime minister Julia Gillard was tireless in her international travel in support of that bid. Her personal interactions with world leaders helped secure us the G20 hosting rights in 2014. If Albanese is serious about wanting to host the COP, he will need to be equally tireless.

There are also the issues to be discussed and settled at Sharm el-Sheikh; in particular, the accounting rules and methodologies needed to establish a functioning global carbon market, and how countries will qualify for certified emissions reductions.

This is particularly important for Australia, given our ambition to generate such carbon credits using soil carbon and other agricultural methods.

In September 2021, Albanese said it would be “tragic” if Australia was not represented at the Glasgow COP, and that it meant Australia would be “absent from the debate”. By not attending the Sharm el-Sheikh COP, Albanese is failing on his own terms.

Beyond this, multilateral meetings such as the COP provide valuable opportunities for leaders to meet on the sidelines and discuss other important issues.

With the current level of turmoil in the world, from soaring energy prices to surging inflation and Russia’s war against Ukraine, Australian leaders should be taking every opportunity available to inject our views and perspectives.

There is an Australian contingent of about two dozen Australian Defence Force personnel currently stationed in the Sinai Peninsula, close to Sharm el-Sheikh, helping to oversee and implement the peace agreements between Israel and Egypt.

If Albanese made the trip to COP, he could thank our service personnel for their work in a challenging and dangerous operational environment.

New British Prime Minister Rishi Sunak rightly came in for criticism for his initial plans to skip the COP. Under pressure, he reversed his decision, announcing over the weekend that he would attend.

Sunak faces a full in-tray, from the need to rebuild economic confidence, arrest surging inflation, provide relief for energy prices and win the trust of his colleagues.

Dave Sharma is a former ambassador and the former Liberal member for the seat of Wentworth.