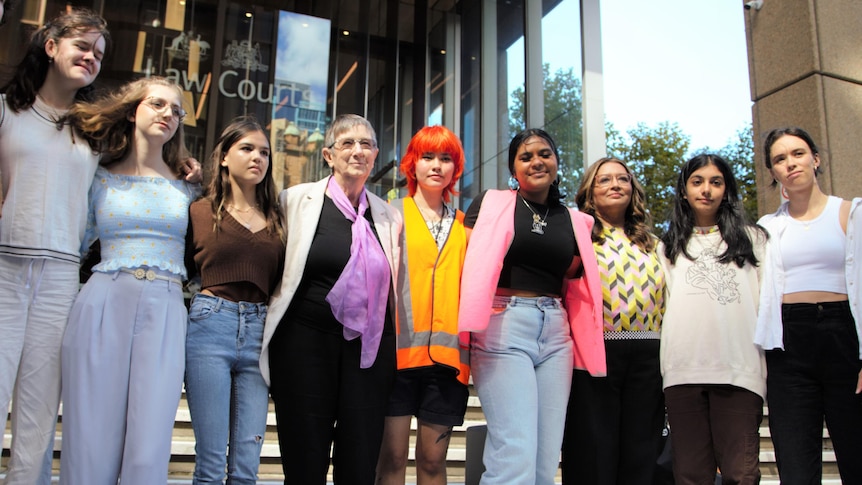 Federal Environment Minister Sussan Ley has successfully argued she does not have a duty of care to protect young people from climate change when assessing fossil fuel projects.

The ruling of the full bench of the Federal Court today overturned an earlier win by a group of eight children, who brought a class action on behalf of all Australian children that temporarily established the new common-law duty of care.

Experts say the children are likely to appeal against the decision in the High Court, but in the meantime, the ruling removes the duty of care that was established by Justice Mordecai Bromberg.

The class action, led by teenager Anj Sharma, argued that the environment minister had a duty of care to protect young people from climate change, and that this needed to be a consideration in the approval process for projects that would produce greenhouse gas.

The original class action also argued that digging up and burning coal would make climate change worse and harm young people in the future.

The earlier win, now overturned, led to headlines around the world. The world-first case relied on common-law principles to establish the duty of care, and so was relevant to other common-law countries including England, the United States and New Zealand.

On Tuesday the full bench of the Federal Court was unanimous in overturning the previous decision.

The judgement said while the evidence of climate change and its dangers to humanity was not disputed, the environment minister did not have a duty of care to Australia’s children.

Ms Sharma said she was angry and devastated by the decision, but said it would not deter the teenagers in their “fight for a safe future”.

“The Federal Court today may have accepted the minister’s legal arguments over ours, but that does not change the minister’s moral obligation to take action on climate change,” she said.

“It does not change the science. It does not put out the fires or drain the floodwaters. We will not stop in our fight for climate justice. The world is watching.”

David Barnden from Equity Generation Lawyers, who represented the class action, said the decision was “disappointing”.

“We will continue to support young people in their fight for a safe future and we will carefully review this decision to determine the next steps.”

In a statement, her office said the government would closely review the judgement and was “committed to protecting our environment for current and future generations”.

In the initial judgement last May, Justice Bromberg agreed the minister had the duty of care to protect young people from climate change, that climate change would cause catastrophic and “startling” harm to young people, and that approving a new coal mine would increase the chance of that harm.

The original case also asked the court for an injunction to prevent the minister approving the Whitehaven Coal’s Vickery Extension Project near Gunnedah in New South Wales.

While Justice Mordecai Bromberg agreed that the duty of care existed, he denied the application for an injunction on technical grounds.

Four months after the initial ruling last May, Ms Ley approved the coal mine, arguing that despite the duty of care existing, her approving the mine would not contribute to the heating of the world, since there were plenty of other sources that could satisfy coal demand.

On Tuesday, all three Federal Court judges had different reasoning as to why the government’s appeal should be allowed, and Justice Bromberg’s ruling was overturned.

One reason was that allowing the “duty of care” ruling to stand would have required changes to government policy, with chief justice James Allsop saying that should be left to the government itself, not the courts.

Jacqueline Peel, a professor at Melbourne Law School and the director of research group Melbourne Climate Futures, said the decision could be seen as a setback for other people who want to pursue climate change action in court.

“This judgement really says, ‘Look, it’s not the role of the courts to make these decisions — it’s the role of our governments’,” she said.

“But … part of the reason that people have taken these issues to the courts — why these kids were suing the government in the first place — was because of a lack of effective government policy.”

Professor Peel also said because the latest Federal Court ruling was unanimous, it could be difficult for the children to appeal the decision.