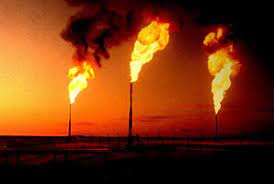 The gas industry would have us believe we owe it a debt of gratitude for paying us a pittance while they rake in record profits.

Power means not having to ask permission, which is why it was OK for the Australian government to lift the price it charges students to go to uni and get an education but it’s not OK to lift the amount the gas industry pays us for our own resource. Of course, there is nothing in the constitution that prevents our government from collecting more tax from the fossil fuel industry – but there seems to be something in our collective consciousness.

Just as former prime minister Scott Morrison never asked students how they would feel about him increasing the cost of some of their courses by as much as 113% (despite many students having already planned the courses they wanted to study), the prime minister, Anthony Albanese, doesn’t have to ask the gas industry if they’d like to pay more tax. There’s no shortage of reform options. Former ACCC chair Rod Sims has suggested an export cap to deal with price, or fixing the broken petroleum resource rent tax (so it actually collects some revenue). The Greens have suggested a super profits tax that would raise enough revenue to save each Australian household $776 on their energy bill – or could even be used to cut the price of degrees for young people.

Such choices are simply about democratic priorities, rather than economics. But where governments don’t fear students, they most certainly do fear the gas lobby.

Last year Australian university students racked up $8.2bn worth of new debtto go to university, with total outstanding student loans now $74.4bn. Last year they made repayments of $5bn. With soaring inflation the interest rate the government charges on that debt has surged to 3.9%, well above the rate at which the commonwealth borrows money, which is a nice little earner. In short, students pay a high price to access our publicly owned universities.

The global gas industry, on the other hand, gets bargain access to our publicly owned gas. Some offshore gas wells pay no royalties, no petroleum resource rent tax, and are owned by companies that pay no company tax. In 2021 some of the biggest gas companies in Australia paid just $30 in company tax. No, you didn’t read that wrong, not $30bn or $30m. Chevron paid a whopping $30, while Woodside Petroleum, Santos and two Shell energy entities paid $0. In this instance, Australia’s economy revolves around accounting tricks, not accountability.

Now, of course the gas industry argues tax is a lot more complicated than the amount they pay, and it is true that in addition to the company tax that many of them don’t pay, some of their projects sometimes pay some royalties or some PRRT. But leaving aside the fact that even the Coalition held an inquiry into why the PRRT collects so little tax, it’s important to remember that the gas industry paying us some money for our gas isn’t them doing us a favour, it’s simply them buying their raw materials from us. And there’s nothing wrong with us lifting the prices we charge them in exactly the way they have lifted the price they charge their customers.

Companies like McDonald’s spends billions of dollars per year buying meat and bread and other ingredients but while it’s hard to imagine any company claiming that it’s doing its suppliers a favour by buying their raw materials, the gas industry would have us believe that Australians owe the fossil fuel industry a debt of gratitude for paying us a pittance for our gas while they rake in record profits off the back of Vladimir Putin’s invasion of Ukraine.

Norway doesn’t just collect far more tax from its gas industry than we do, it also doesn’t charge a cent for its citizens to go to university. Put another way, just like four of Australia’s biggest gas exporters, the average Norwegian student pays nothing to their government either. These are democratic choices, not economic ones.

The only real “power” the gas industry has is its threat that if we make them pay more tax they might stop drilling holes in our priceless natural and cultural history. But given that the International Energy Agency says that to tackle climate change the world needs to stop building new gas and coal projects, why would we fear their threats to do exactly what the climate science demands and something 57% of Australian voters support?

For reasons that are clearly unrelated to science, economics or polling the Albanese government is not just so far resisting the introduction of a windfall profits tax on the gas industry, it remains determined to support the expansion of gas and coal extraction in Australia. And while it is true that from an accounting point of view emissions from the fossil fuels we export don’t “count” towards Australia’s 43% emission reduction target, it’s also true that from a science point of view it doesn’t matter where in the world our coal and gas gets burned, every tonne of it causes the climate change that is already driving floods, fires and droughts here within our borders.

Accounting tricks won’t stop climate change and they won’t help Australia to diversify and decarbonise its economy. Just this week it was reported that land in New South Wales and Queensland that has lost 60,000 hectares of trees has simultaneously generated 24m tonnes of government certified carbon credits, the vast majority of which will be used by the gas industry to “offset” emissions. Not only won’t the Albanese government properly tax the gas industries’ expansion, the carbon credits they are issuing amount to sanctioned greenwash for that expansion. That’s the kind of power Australia’s higher education students can only dream of.