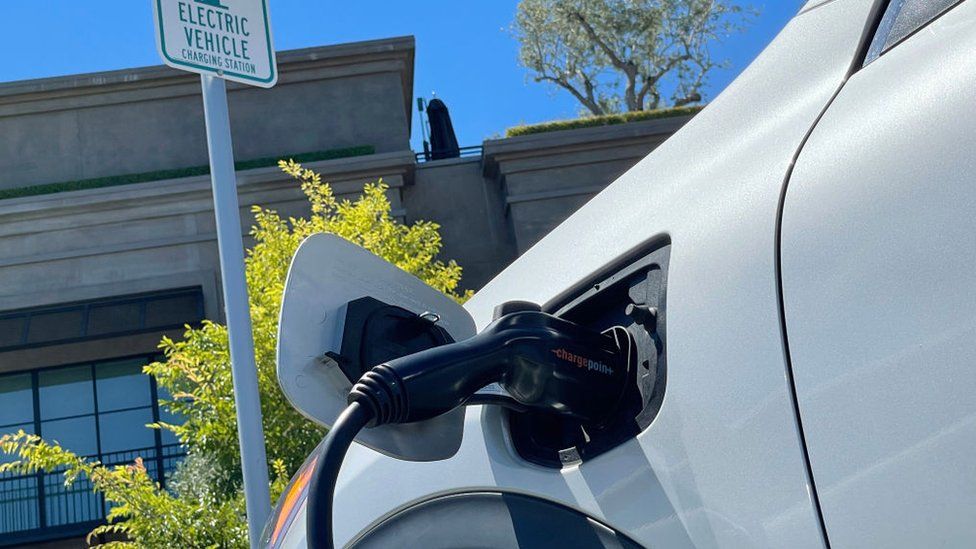 California to ban sales of petrol-only vehicles by 2035

California is to ban the sale of new petrol-only vehicles by 2035, marking a historic step in the state’s attempts to tackle climate change.

The new rules are aimed to force car makers to accelerate the introduction to the market of cleaner vehicles.

It comes after Governor Gavin Newsom set a target in 2020 to speed up the shift away from fossil fuels.

The move is important as California is the most populous state in the US and one of the world’s biggest economies.

Under the rules, issued by the California Air Resources Board (CARB), 35% of new vehicles sold in the state must be electric, hybrid or hydrogen-powered by 2026.

CARB chair Laine Randolph said the move was “a historic moment for California, for our partner states and for the world as we set forth a path toward a zero emission future”.

The announcement is the latest move by California as it continues to move faster than the US federal government to tighten emission rules.

With more than 39m residents, California is the biggest US state by population. If it was a standalone country it would be the fifth-largest economy in the world by gross domestic product, putting it ahead of the United Kingdom.

“…the elimination of the tailpipe as we know it.” “Our kids are going to act like it’s a rotary phone, or changing the channel on a television,”

Joseph Mendelson, senior counsel at electric carmaker Tesla, said CARB’s plan was “both achievable and paves the way for California to lead in electrifying the light duty sector”.

However, the Alliance for Automotive Innovation – which represents carmakers including General Motors, Volkswagen and Toyota – said more needed to be done to boost demand for electric vehicles (EVs).

“What we’ve said to CARB and others is that getting more EVs on the road must go hand-in-hand with other policies that together will ultimately determine the success of this transition,” the alliance’s president and chief executive John Bozzella said.

The new rules still have to be approved by the US government before they can take effect.

However, the American Fuel & Petrochemical Manufacturers trade association called on President Biden and the Environmental Protection Agency to “reject California’s request for a Clean Air Act waiver to proceed with this unlawful ban.”

California is banning the sale of new gasoline cars by 2035

Okay, I hear it already, 2035 is too late but… if California, the state that buys the most cars and trucks in the United States, can ban the sale of fossil fuel-powered vehicles, then all other states should be able to follow and imagine the impact it could have. This represents the largest government move against gasoline and diesel to date.

The California Air Resources Board, which regulates pollution in the state, voted unanimously on Thursday to approve a proposal that will require 100 per cent of all cars sold in the state to produce zero greenhouse gas emissions in 13 years. The board is invoking its authority to protect air quality and deal with the impacts of climate change. Gasoline and diesel-powered vehicles worsen both.

Lauren Sanchez, senior climate adviser to California Gov. Gavin Newsom, told reporters Wednesday that the vote marks “a huge day not only for California but for the country and the entire world as we dive headfirst into the next chapter of the zero-emission vehicle revolution.”

Gavin Newsom, the governor of California, called the new rule “one of the most significant steps to the elimination of the tailpipe as we know it.” “Our kids are going to act like it’s a rotary phone, or changing the channel on a television,” Governor Newsom said in an interview. Good job California, now let’s see the ban ripple in the whole country!