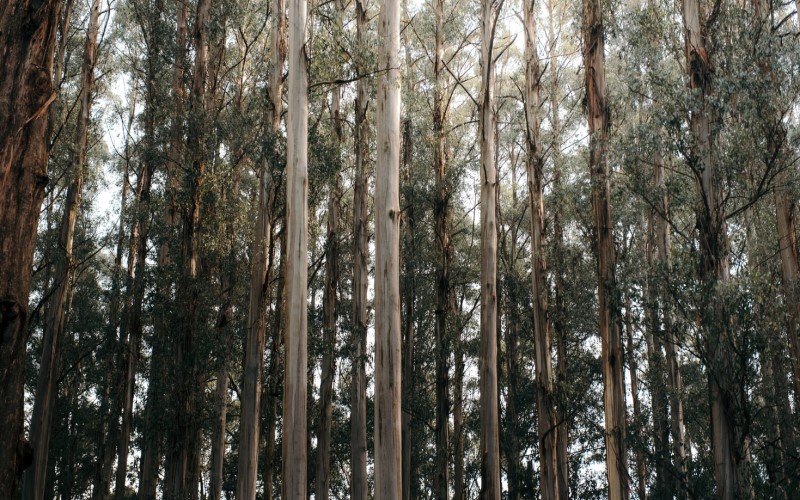 The potential for global forest cover

This article has a correction.

Restoring forests as a means to many ends

The restoration of trees remains among the most effective strategies for climate change mitigation. We mapped the global potential tree coverage to show that 4.4 billion hectares of canopy cover could exist under the current climate. Excluding existing trees and agricultural and urban areas, we found that there is room for an extra 0.9 billion hectares of canopy cover, which could store 205 gigatonnes of carbon in areas that would naturally support woodlands and forests. This highlights global tree restoration as one of the most effective carbon drawdown solutions to date. However, climate change will alter this potential tree coverage. We estimate that if we cannot deviate from the current trajectory, the global potential canopy cover may shrink by ~223 million hectares by 2050, with the vast majority of losses occurring in the tropics. Our results highlight the opportunity of climate change mitigation through global tree restoration but also the urgent need for action.

After the Technical Comments on the Report, “The global tree restoration potential,” and the publication of the Technical Response, “Response to Comments on ‘The global tree restoration potential,’” the authors identified three areas that require clarification or correction.
First, in the original version of the Report, the authors stated in the abstract and in the main text that tree restoration is the most effective solution to climate change to date. This was incorrect. They meant that they know of no other current carbon drawdown solution that is quantitatively as large in terms of carbon capture. They did not mean that tree restoration is more important than reducing greenhouse gas emissions or should replace it, nor did they mean that restoring woodlands and forests is more important than conserving the natural ecosystems that currently exist. The authors acknowledge that climate change is an extremely complex problem with no simple fix and that it will require a full combination of approaches. They have made these points explicit in their subsequent communications. The Report text was changed accordingly when the Technical Comments and Technical Responses were published.

Second, in the main text of the Report, the authors stated that “if restored woodlands and forests were allowed to mature to a similar state of existing ecosystems in protected areas, they could store 205 GtC [gigatonnes of carbon],” and they will “reduce a considerable proportion of the anthropogenic carbon burden (~300 GtC).” This text may have given the impression that the global tree restoration potential might help to capture two-thirds of the total anthropogenic emissions to date. The final paragraph of the Report has been corrected to add that “the airborne fraction of carbon dioxide is ~45%.”
Third, on the basis of the calculation of the area available for canopy cover restoration, the authors estimated in the Report that it is possible to store 205 GtC in areas that would naturally support woodlands and forests. To better understand this value, it is necessary to take into account the considerable uncertainty range (133.2 to 276.2 GtC) that was missing from the original Report, as described in the Technical Response. The authors did not detail how the carbon existing in the potential restoration areas had been accounted for in their calculation nor how carbon densities from existing forests had been scaled up to represent the values of a 100% canopy cover. In the Technical Response, they clarified these two points, highlighting the two references that were used for the subtraction of the existing biomass (1) and soil carbon (2). However, Table 1 of the response contained errors. The corrected table is below, with corrected values indicated by triple asterisks. Using these corrected values, the carbon potential extrapolated from the canopy cover is 205.6 GtC, not 204.7 GtC.

Planting billions of trees across the world is one of the biggest and cheapest ways of taking CO2 out of the atmosphere to tackle the climate crisis, according to scientists, who have made the first calculation of how many more trees could be planted without encroaching on crop land or urban areas.

As trees grow, they absorb and store the carbon dioxide emissions that are driving global heating. New research estimates that a worldwide planting programme could remove just under one-third of all the emissions from human activities that remain in the atmosphere today, a figure the scientists describe as “mind-blowing”.

The analysis found there are 1.7bn hectares of treeless land on which 1.2tn native tree saplings would naturally grow. That area is about 11% of all land and equivalent to the size of the US and China combined. Tropical areas could have 100% tree cover, while others would be more sparsely covered, meaning that on average about half the area would be under tree canopy.

The scientists specifically excluded all fields used to grow crops and urban areas from their analysis. But they did include grazing land, on which the researchers say a few trees can also benefit sheep and cattle.

“This new quantitative evaluation shows [forest] restoration isn’t just one of our climate change solutions, it is overwhelmingly the top one,” said Prof Tom Crowther at the Swiss university ETH Zürich, who led the research. “What blows my mind is the scale. I thought restoration would be in the top 10, but it is overwhelmingly more powerful than all of the other climate change solutions proposed.”

Crowther emphasised that it remains vital to reverse the current trends of rising greenhouse gas emissions from fossil fuel burning and forest destruction, and bring them down to zero. He said this is needed to stop the climate crisis becoming even worse and because the forest restoration envisaged would take 50-100 years to have its full effect of removing 200bn tonnes of carbon.

But tree planting is “a climate change solution that doesn’t require President Trump to immediately start believing in climate change, or scientists to come up with technological solutions to draw carbon dioxide out of the atmosphere”, Crowther said. “It is available now, it is the cheapest one possible and every one of us can get involved.” Individuals could make a tangible impact by growing trees themselves, donating to forest restoration organisations and avoiding irresponsible companies, he added.

Other scientists agree that carbon will need to be removed from the atmosphere to avoid catastrophic climate impacts and have warned that technological solutions will not work on the vast scale needed.

As there are 1440 minutes in a day, and I love planting trees, I decided to plant a tree a minute for 24 hours. It was (swear meaningfully) hard.