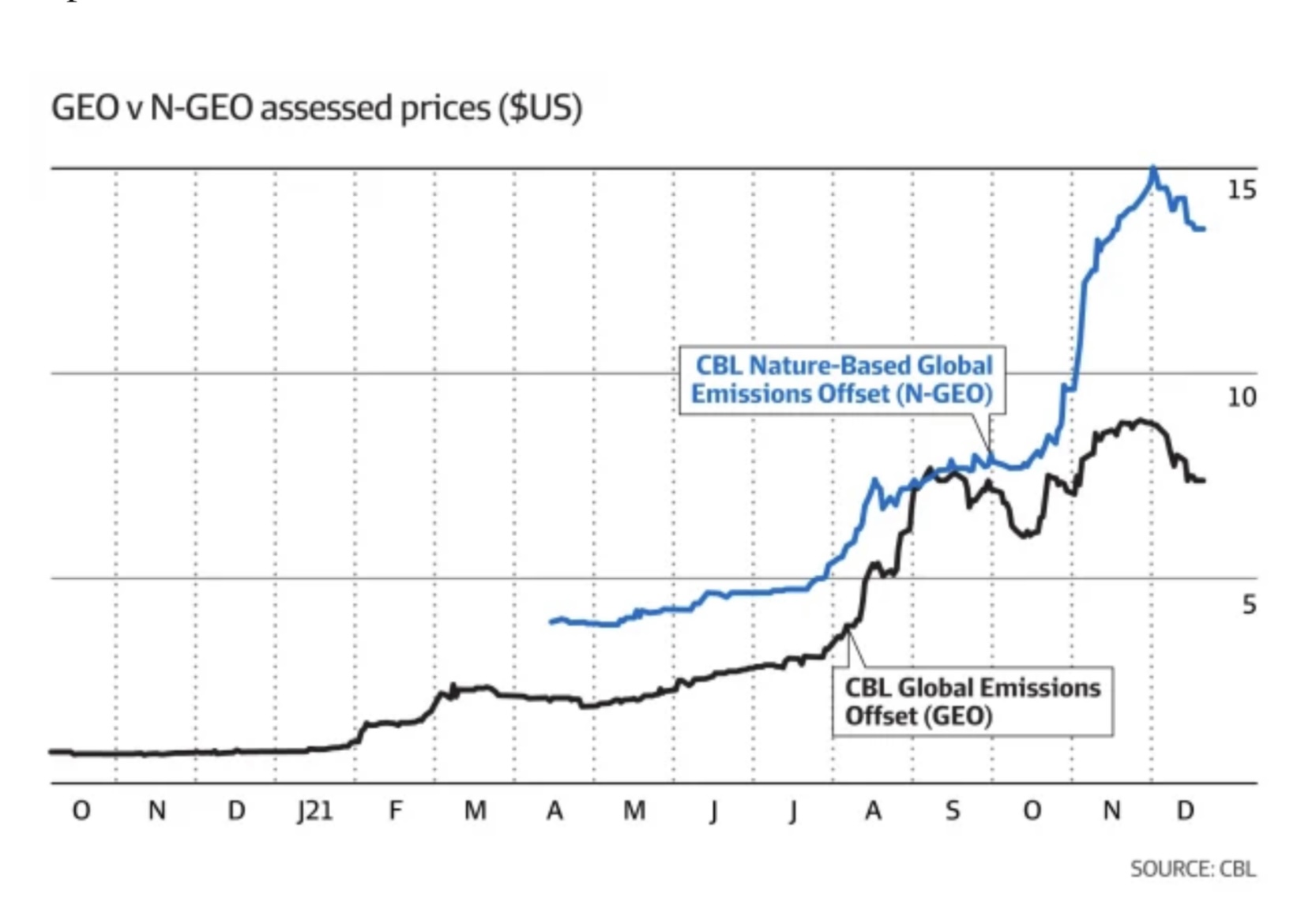 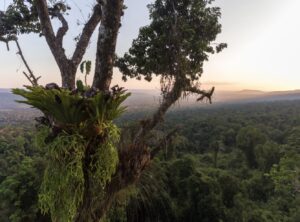 The world’s hottest commodity market is the ‘wild west’

Carbon offsets were 2021’s fastest-rising commodity price. But as the market takes off, key players are frantically rewiring the system to ensure it delivers.

In the south-west of Cambodia lies the exotically named CardamomRainforest, a 4500 square kilometre home to elephants, bears, leopards, crocodiles, pangolins, cranes and about 3800 families. In recent decades it has also been home, like so many virgin forests in developing countries, to loggers, poachers and their traps and snares, cash croppers and desperate poverty.

But things are looking up in the Cardamom. The locals are being taught how to farm more sustainably and intensively, and to develop eco-tourism.The rate of deforestation and wildlife poaching has slowed.

Unusually, it’s not a classic aid project, with a few years’ uncertain funding from a foreign government or NGO. Instead, money is flowing into the forest protection scheme from banks, asset managers and big corporations.

That’s because the project is generating carbon credits, which are sold either to companies that need them to offset their greenhouse gas emissions, or to traders attracted by the rising carbon price.

And it has been some price rise. On the CBL market, a credit that a year ago sold for barely $US1 per tonne now fetches $US7.80. CBL’s specifically forestry-based credits jumped from $US4 to almost $US15, outpacing the price gain of almost any other commodity.

The growth already has the Cardamom project managers thinking big. The agricultural and eco-tourism programs can be scaled up. There is even an extraordinary plan to reintroduce tigers to the forest. As the carbon prices oars, future pipe dreams have become present-day possibilities.

“There has been a step-change in the last year,” says Josh Tosteson, NewYork-based president of Everland, which markets carbon credits from accredited forest-based projects including the Cardamom.

“It has been a long time of beating the bushes, fighting for scraps and for relevance, and worrying about whether we could meet the operating costs of a project on a yearly basis.

That’s where things were up until last year. Things have changed radically over the past 12 months.”

The market wakes up

The Cardamom folk aren’t the only ones thinking big. Far away from the forest, in London, New York, Singapore and Sydney, banks are setting up carbon trading desks. Asset managers are creating bespoke funds.

Stock exchanges are building trading or funding platforms. Big companies are snapping up future supplies of offsets. The market more than tripled in size last year, hitting $US1 billion ($1.4 billion). But most players say it is only just getting started.

Almost two-thirds of global GDP is now under a net-zero commitment.Companies are ramping up their ambitions, and even those who are trying to cut or avoid carbon emissions are turning to the offset market while they wait for those efforts to bear fruit.

The amount of avoided carbon in the voluntary market was 239 million tonnes last year; by 2030, predictions of demand range from 400 million to1.4 billion tonnes. More carbon offsets are needed, and fast – and where demand is outpacing supply, there is money to be made.

But the breakneck speed brings risks of a “wild west”. There’s the potential for the market to become fragmented, rather than converging on a clear, transparent price for carbon credits.

The race to generate more credits to meet demand could lead some players – sellers and buyers – to cut corners, relax standards or double-count. The need to commoditise the market could blur the variety and diversity of credits available. And a frenzy of speculation, fuelled by the soaring price, could lead people away from the point of it all – to cut carbon emissions.

“It’s still early days, but there is an excitement about the potential. That excitement still needs to be well regulated, it needs to have some boundaries,” says James Cameron, a decades-long veteran of the carbon trading world. “And it needs to be constantly reminded that this is all for a reason. That these are purpose-driven markets.”

The biggest task this year is to fix the market’s teething problems and head off these potential risks.

“The carbon market is all very bitty. It’s hard to see which ones are the real high-quality credits and which aren’t,” says William McDonnell, a former chief risk officer for insurer RSA. “If you speak to businesses that are buying credits, a lot of them have teams of people that are doing due diligence, credit by credit. That’s not how we buy corporate bonds.”

McDonnell has just joined the new Integrity Council for the VoluntaryCarbon Market. This is the successor to the taskforce led by former Bank ofEngland governor Mark Carney, with the aim of bringing order and clarity to the supply of carbon credits.

As chief operating officer, he’s herding a collection of experts and advisers as they produce a set of agreed standards and principles that will allow the influx of new participants to distinguish a quality carbon credit from the less reputable chaff.

Given the pressure of surging demand, they have given themselves just six months to pull this off. The idea, says Pedro Barata, an EnvironmentalDefence Fund official who is advising the Integrity Council, is to tame the“wild west”.

“This market thrives on reputation, and it will die if its reputation is sullied,” he says. “So, essentially, you cannot have a burgeoning blossoming market if every single week you have another contentious issue appearing in the newspapers.”

There are standards already, of course. Non-profit organisations such as Verra and Gold Standard are certifying projects, and investors rely on the registries that these groups maintain. The Integrity Council is hoping to unify this system, which will help the bigger players, such as banks, to participate.

“It’s not a tradable, commoditised market that a bank can actually get involved in and deal in. It’s too opaque, there are no regulations, the standards are too differentiated. And the registries lack some robustness,and they need to be scaled somewhat,” says Chris Leeds, head of carbon markets development at Standard Chartered Bank. “If you’ve got your core principles, you can say ‘Okay, I’ve got a stamp, and I can now go ahead’.And then that allows the commoditisation of the product.”

Once the big beasts of the financial world can deal themselves in, the market should start to hum, according to Anya Nelson and Martin Berg, from Climate Asset Management.

“Banks and asset managers have far greater access to and knowledge of potential buyers than project developers, creating a more efficient

matching process between buyers and sellers,” they wrote in a recent paper for the International Emissions Trading Association.

The big players can help with price discovery, reduce the need for in-house expertise, and cut transaction costs.

Ben Stuart, Sydney-based co-founder of CBL Markets, says his operation already allows the banks to get involved in trading, using standardised contracts that his company Xpansiv has created in the past year.

“We’re onboarding more customers in a month now than we were in 2018in a year,” he says. His clients include banks, hedge funds, trading houses and big companies.

But even if the market can lay down the plumbing at pace, the supply pipeline could still be a problem. A higher price will induce supply, but it still takes at least two years to get a project up and running – and, as Verra CEO David Antonioli admits, there are no real shortcuts to certification.

“Everybody asks, what are you doing on supply? Quite frankly, it is what it is. We’re doing what we can to address the growing number of requests.We’re adding staff, we’re adding systems, we’re thinking about digitising

the project cycle to automate everything,” he says. “But at the end of the day, if there’s more demand than supply, that means the prices have to go up and things will balance out. That’s just how a market works.”

A higher price might go some way towards fixing one of the big worries that some observers have about the booming voluntary carbon market:namely, that companies will opt for the easy road of buying credits over the harder one of reducing or avoiding emissions altogether.

“There aren’t enough standards and processes embedded and coded in the system that basically say, first avoid, then reduce, then offset,” says Ricardo Bayon, co-founder of Encourage Capital. “If we forced companies to do that,I think the results we would get would be much better.”

A separate campaign, the Voluntary Carbon Markets Initiative, is looking at ways to ensure that carbon credits are a transition tool rather than along-term crutch. And if the price of a carbon credit keeps rising – and some estimates suggest it is 50 per cent below where it needs to be – then that may give companies a shove towards cutting emissions instead.

But will the price keep rising? “Everybody’s crystal ball is broken on the floor,” says Everland’s Tosteson. “The velocity of price change in the past six months has been so fast that it challenges anybody who endeavours to make any kind of predictions out past a few weeks.”

Most punters expect simple supply and demand to drive the price higher, albeit with unsettling bouts of volatility.

Politicians: the good and the ugly

“As prices of any commodity goes up, carbon included, the probability rises exponentially that emerging-market governments increase taxes and royalties,” he says.

He suggests buyers, who are snapping up offset producers’ forward output, should beware. “Corporates are buying forward supply that may not ever eventuate. Companies are trying to match their future liability, but it’s risky to do that in emerging markets when the price has gone parabolic.”

Tosteson says things aren’t yet near that point. He reckons the carbon price is still probably less than half of “what you might reasonably call asocial cost of carbon”, and in many places is only just beginning to “enter the zone” where it becomes an attractive alternative land-use.

But there’s also a positive role for politicians. Even as the market takes off,James Cameron isn’t sure that the voluntary carbon market will get the world to its net-zero goal. That needs government-designed emissions trading systems – the so-called “compliance markets”, like those of the EU,California and China.

“We need a price signal sent across the whole of our economy. And to do that, we need government. I get a little bit weary of the excitement in the voluntary market, when somebody thinks it’s somehow an alternative to a government intervention that prices carbon. It’s not,” he says.

Standard Chartered’s Leeds agrees that “ultimately, the compliance market will be the dominant market. The voluntary market has this transitional nature”.

But right now, governments are squabbling or squirming over emissions trading, making the voluntary market the most exciting show in town.

“What’s powerful about the voluntary market is that private companies can just get together and make it happen,” Leeds says. “And I think all of that will then encourage government to look at this again.”