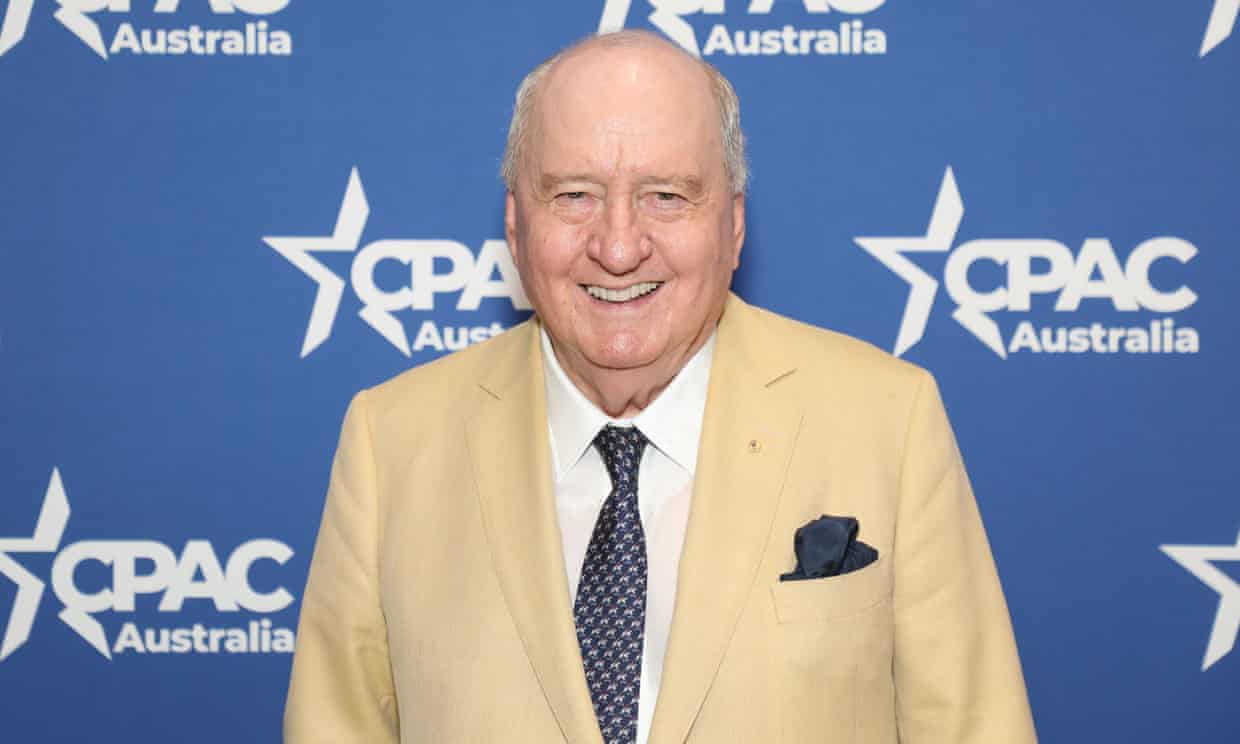 Climate science is a fraud, according to one speaker; renewable energy has pushed up electricity prices for Australians and the case that carbon dioxide drives global warming is unproven, according to others.

Those were just some of the themes at last weekend’s annual conference in Sydney of the Conservative Political Action (CPAC) network – billed as the “largest and most prominent conference for conservatives and liberty lovers in Australia”.

Several Coalition figures were in attendance, including the former prime minister Tony Abbott, alongside conservative activists, Sky News presenters and imports such as Brexiteer Nigel Farage.

The New South Wales premier, Dominic Perrottet, sent in a video welcome, congratulating the attendees for being “part of a conservative movement that’s driven by big ideas and bold action”.

New South Wales premier, Dominic Perrottet, sent in a video welcome, congratulating the attendees for being “part of a conservative movement that’s driven by big ideas and bold action”.

Except that when it came to the climate crisis, the theme – almost without exception – was one of derisive animosity to any action.

The American nuclear energy advocate Michael Shellenberger gave a keynote address. Shellenberger accepts the world is warming and that humans are to blame, but dismisses it mostly as a scare.

Shellenberger pointed to Australia’s growing renewable energy generation, saying: “But what about the cost?

“The cost has been enormous of this huge renewables push,” he said, showing a chart of electricity and gas prices relative to income from 2005 to 2021. The chart was taken from the Australian Energy Regulator’s 2022 State of the Energy Market report.

But the report says in recent years the rising costs of electricity were caused by spiralling international prices for coal and gas, outages in coal plants and coal supply problems.

“The two key factors that have driven up electricity prices over the last two decades have been, first, rising network costs – and that was a failure of the regulators – and the second is in more recent years enormously higher black coal and gas prices.”

“If you look at the share of electricity … you can see the share of renewables is not much higher than it was in 1961,” he said.

Indeed, the report says the share of electricity from renewables was at 26% in the early 1960s, but this was because the huge Snowy Hydro scheme – the biggest engineering project Australia had ever undertaken – came online.

It would be many decades before any other large renewable energy projects were built, while demand – and coal power – rose. The current share of renewables, the report says, is the highest on record at 29%.

Another keynote handpicked to preach before the CPAC crowd was the veteran climate science denier Prof Ian Plimer, a geologist and mining industry figure.

Plimer claimed global temperature records had been tampered with to make modern-day warming seem worse than it was. “We are dealing with a fraud. A scientific fraud from day one,” he said.

Except that the 97% of CO2 emissions from natural sources such as forests and oceans are mostly balanced by carbon sinks, so that the atmospheric concentration of CO2 would stay the same.

The problem with the 3% is that it is coming from sources of carbon – fossil fuels – that had been locked away for millions of years until they were dug up and burned, so that levels of CO2 in the atmosphere have gone up by about 40% since the start of the industrial revolution.

Plimer’s claims are “wrong and wrong”, says Prof David Karoly, a veteran climate scientist at the University of Melbourne.

Aside from the basic physics of carbon dioxide causing warming, Karoly pointed to a 2001 UN climate report as one of the earliest to show that CO2 was driving warming.

When multiple climate models were run in two parallel experiments – one with human-caused CO2 added and one without – the “increase in observed global average temperature is only possible with the observed increase in CO2 concentrations due to human activity”.

Karoly told Temperature Check: “Plimer is not a climate scientist so this is just the same echo chamber that the likes of Donald Trump listen to. Their evidence is based on non-experts where they only listen to views that reinforce their existing perspective.”

Rounding out the conference on Sunday was the broadcaster and climate sceptic Alan Jones, who said Australia was “signing an economic suicide note” over climate change.

Jones suggested the true agenda of environmentalists was de-industrialisation, reading what he said was a 1992 quote from the late Maurice Strong, an influential UN figure.

Strong was the “godfather of climate change … and a crook”, said Jones.

“Maurice Strong said in 1992: ‘We may get to the point where the only way of saving the world will be for industrial civilisation to collapse. Isn’t it our responsibility to bring this about?’.

This quote has become part of climate denial lore, often claimed to have been uttered by Strong at the 1992 Rio Earth Summit.

The problem is that Strong didn’t say the lines in 1992. They have been taken out of context from a 1990 interview he gave to a Canadian journalist when he was musing about the plot of a novel that he might one day write.

Jones got a standing ovation.

A journal article from four Italian scientists that claimed there was no evidence of a climate emergency in records of extreme weather is being investigated by its publisher after climate scientists raised concerns in this column and elsewhere.

Despite being published in January, the article – which now includes a note saying its conclusions are in dispute – got uncritical page one coverage in The Australian last month, as well as segments on Sky News.

A statement from Springer Nature, publishers of the European Physical Journal Plus, said: “The editors became aware of concerns with this paper via a number of sources. Details of investigations into papers are treated as confidential, but investigations are as broad and detailed in scope as required to address concerns raised.”

The journal’s editor-in-chief would lead the investigation, the statement said, following best-practice guidelines.