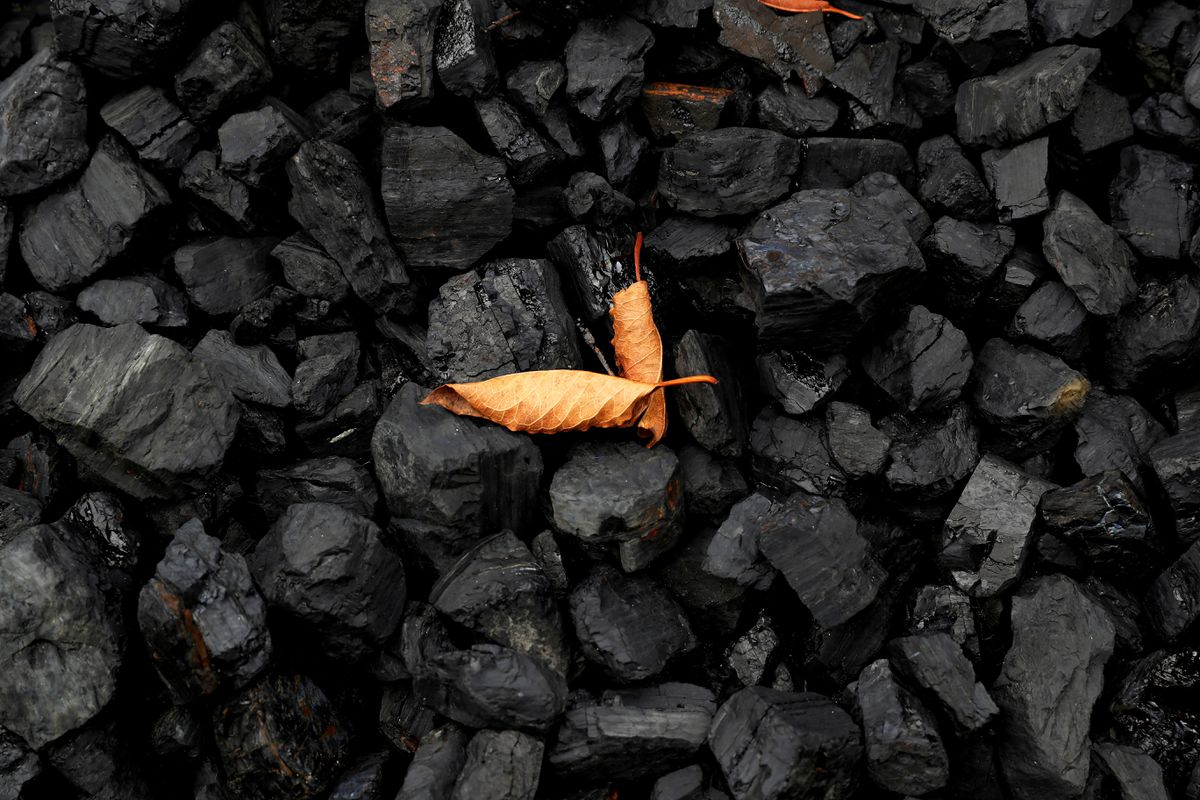 Image: A leaf sits on top of a pile of coal in Youngstown, Ohio, U.S., September 30, 2020. REUTERS/Shannon Stapleton

The closure of Portugal’s last coal plant is yet another indicator of how coal exit plans can accelerate. Back in 2017, Portugal announced it would close its last two coal plants by 2030. They are now both shuttered, nine years early. The agreement of Germany’s potential coalition partners to aim for a 2030 closure of the country’s remaining coal plants is another reminder that transitions can gather pace with changing politics, economics and legal rulings.

1. The closure of Portugal’s last coal plant, the 628 MW Pego plant, has been welcomed by the environmental group Zero. The units at the plant, which were commissioned in 1992 and 1995, had been the country’s second-largest source of greenhouse gas emissions. Zero said it wanted to ensure the plant, which is owned by Tejo Energia, is not converted to burn biomass or gas. Portugal originally announced its two coal units would close by 2030 but the closure schedule was accelerated. Portugal’s other coal plant, the 1250 MW Sines power station, closed in January. (Reuters, Zero [Portuguese])

2. German parties aim for 2030 coal phase-out: Germany’s centre-left Social Democrats, Greens, and fiscally conservative Free Democrats have announced a coalition agreement that includes a coal power phase-out “ideally” by 2030. As part of the agreement, Germany would introduce a carbon floor price of €60 (US$67.15) per tonne if the European Union fails to agree on a minimum price in its emissions trading scheme. The agreement sets a target of solar and offshore wind capacity increasing from the current 58,370 MW and 7700 MW to 200,000 MW and 30,000 MW respectively by 2030. Five villages will be protected from demolition for mine expansions but the fate of Lutzerath has been left to the courts to decide. Current German legislation mandates a coal power phase-out by 2038 but a court ruling requires the government to set more ambitious emission reduction targets which can only be met with a far faster coal closure schedule. (Reuters, Argus)

Germany hopes to bring forward its coal phase-out by eight years to 2030, boosting renewables’ share of the generation mix to 80pc, the incoming government announced today.

The ‘traffic-light’ coalition said it will make expansion of renewables a key project.

The government will bringing forward its review of the coal phase-out act to the end of 2022 from 2026.

The country’s remaining nuclear plants — Isar 2, Emsland and Neckarwestheim — are to shut by the end of next year.

“We will align our climate, energy and economic policy to the 1.5 degrees path,” the coalition agreement states.

Germany recently signed the clean power transition statement at the UN Cop 26 climate conference in Glasgow, which seeks a transition away from coal-fired power in the 2030s.

The government expects German power demand to rise to 680-750TWh in 2030 and plans to raise renewables’ share of the generation mix to 80pc by then, up from a previous target of 65pc.

“We are accelerating the expansion of the [power] network accordingly,” the government said, adding that it will adjust annual tender volumes, and speed up the planning and approval process for renewable projects.

It wants German solar photovoltaic (PV) capacity to rise to 200GW by 2030 from 58.37GW now, and offshore wind to 30GW from 7.7GW. The government did not specify new targets for onshore wind capacity, but said 2pc of Germany’s land area is to be designated to these installations.

The government also highlighted the need for gas-fired units to ensure security of supply until renewable targets are met. “Natural gas is indispensable for a transition period,” the coalition agreement states, noting that new gas-fired plants should be able to be converted to run on climate-neutral gases such as green hydrogen.