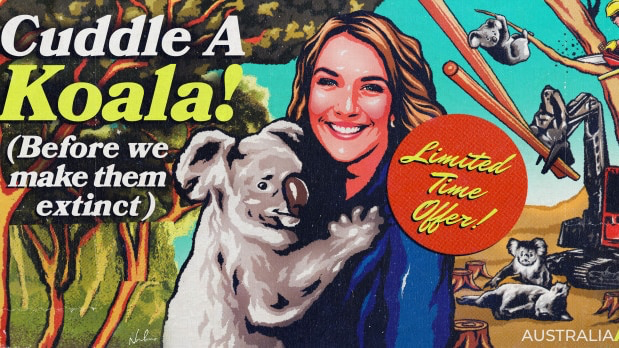 Sales of stickers calling on voters to “bin” the prime minister have surged after the Liberal heavyweight Philip Ruddock’s Hornsby Shire Council threatened residents that garbage collection services may be suspended if they weren’t removed from wheelie bins.

On Wednesday Ruddock, the Hornsby mayor and NSW Liberal party president, defended council’s decision to insist upon the removal of stickers containing photos of Scott Morrison and Barnaby Joyce emblazoned with the slogans “bin him” and “chuck them out”.

He insisted the decision was taken by council officers, and had nothing to do with his office as mayor or his fellow elected councillors, of which five of nine are Liberal.

TikTok warned Australian political parties against advertising on its platform

“The council officers took the decision in relation to the bins – which are council property – that they should not be interfered with by putting on them advertising material,” Ruddock said during one of many media interviews on Wednesday.

“This was not my decision. It was made by the professional staff but if you have signage that you want to put up, put it up in your garden on a post on your property, but don’t use council property.

“The bins are public property; you don’t own them; you hire them from the council to remove your waste and we ask you not to deface them with advertising material of any form.”

On Wednesday, the Sydney Morning Herald reported a resident with the stickers had received a letter saying they were “not appropriate”, and warning “you risk council’s collection contractor not servicing your bins as they cannot identify council’s logo on the bin”.

But the issue may be about to escalate, with dozens more stickers sold in Hornsby since the warning was made public, according to Wayne Smith, the director of the organisation that makes the stickers, Smart Voting.

“They have gone off,” he said, noting surges in other parts of the country as well.

Other Sydney mayors criticised the move, saying that while technically the bins were owned by council, politicians needed to have thicker skins.

The Labor mayor of Randwick, Dylan Parker, said he wouldn’t have an issue with stickers targeting his side of politics.

“Standing over residents expressing themselves looks pretty average to me,” he said.

“If people want to express their views, that’s up to them.

“Our policy is to focus on getting garbage and waste collection right and to leave residents’ political views to them,” he said.

“Politicians need to accept that criticism is part of political life … you don’t get to withhold services from people because they have a different political view to you.”

In a statement, a spokesperson for Hornsby council said it was “not opposed to free speech in any way” and that residents were able to display signage on private property and covering parts of bins could lead to confusion.

“Council takes its commitment to collect residents’ waste very seriously and wants to avoid any situation where this could be prevented,” the spokesperson said.