The NSW coal town at a crossroads

By Gavin Coote on AM with Sabra Lane ABC radio

Download The NSW coal town at a crossroads (2.19 MB)

There’s already heated debate about energy and the future of coal in the lead up to the election, with both major parties spruiking their net zero plans while hoping not to alienate blue-collar voters.

But in one town that was built on coal and continues to rely on it for jobs, there’s a growing sense that politicians are avoiding talking about the reality of its demise.

Lützerath, in western Germany, is set to disappear for the sake of brown coal mining. All 90 residents have been relocated. Only one, Eckhardt Heukamp, vows to stay. 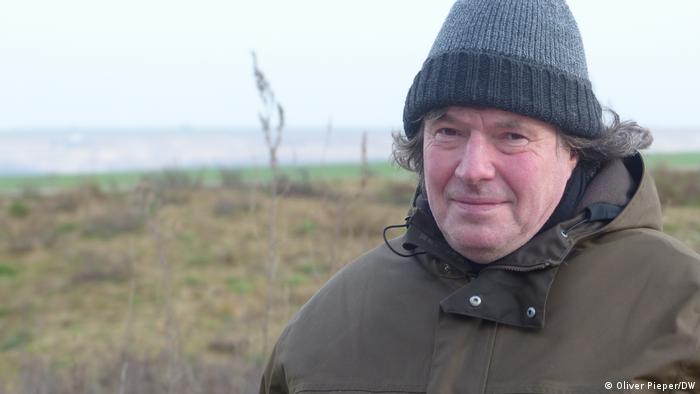 Heukamp’s farm stands in sight of the excavators of Garzweiler’s opencast mine. But the fourth-generation farmer doesn’t want to sell up. “I want to live here — this is my home,” the 57-year-old said.

Sixteen years ago, RWE began tearing down farms and houses in Lützerath to mine brown coal. Residents in the small, western German village received compensation and most of those affected have found a new home a few kilometers west. At the end of 2020, there were 14 residents left. Heukamp is the last person standing in what’s now a ghost town. He’s doing everything possible to oppose resettlement. A Higher Administrative Court in Münster will rule on his lawsuit against expropriation in a matter of weeks. 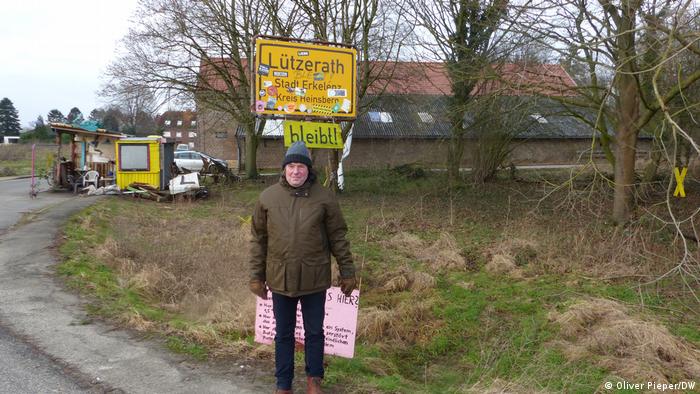 Eckhardt Heukamp has become an icon of resistance

The story of Lützerath is about much more than demolishing an 18th-century farm. Heukamp’s opposition has long since become a political issue, revolving around a huge question: How serious is Germany about its coal phaseout? If the new government really wants to wind down coal-fueled energy by 2030 — instead of by 2038 as planned by the previous government — how much sense does it make to dismantle Heukamp’s farm, even if the decision is legally sound?

Heukamp, who managed to save his ancestors’ gravestone from the cemetery in the neighboring village, which has already been demolished, has turned to expert opinion to support his case. They say excavators could also dig around Lützerath.

“Technically this is feasible for RWE, but probably not that interesting for them economically speaking,” he said.

A study by the German Institute for Economic Research also suggests that Lützerath should remain untouched if Germany wants to meet the target of the Paris climate agreement and limit global warming to 1.5 degree Celsius (2.7 F).

“We’re not in the same situation as 30 years ago, where coal couldn’t be replaced because there wasn’t any renewable energy,” Heukamp said.

“What’s the point of expropriating people, tearing down villages, and dealing with higher CO2 emissions, even though we all know that this is no longer acceptable given the alternatives that are available?” he asked. 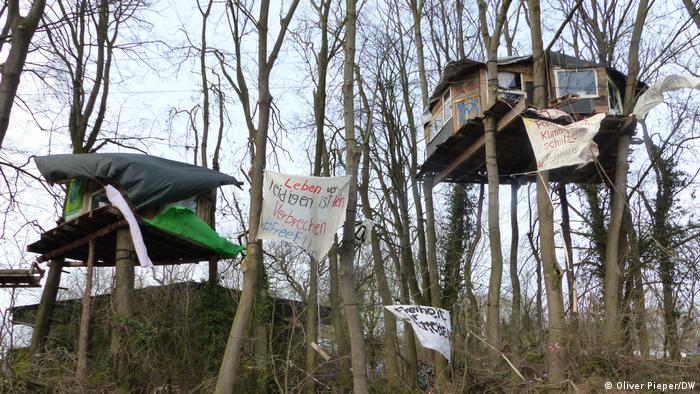 Holding on till the bitter end

So why, Heukamp asks, should he leave Lützerath? Should he start a new life in the eastern state of Brandenburg, where RWE has offered him a farm as compensation?

“I’m a stranger there, and, because of the drought in Brandenburg, I can’t expect the same yield for any crops. I’d have more hectares, but with significantly poorer soil,” Heukamp said.

The farmer said none of RWE’s offers were acceptable to him, which is one of the reasons why he prefers to continue growing grain in Lützerath, as he has done for many years. “Why should I settle for something that is not as good as I have it here?”

Heukamp’s story drifts in and out of the German media. It’s a classic story of the underdog taking on a seemingly hopeless battle against a powerful corporation. By now, he’s a little annoyed by all the hype. And the worry is taking its toll. He has sleepless nights worrying about what will become of his farm.”It would be mad to deny that this is a burden for me,” he said. “But I started the fight, and now I’m going to see it through — until they carry me out of here.”

Heukamp is no longer fighting alone. Since authorities removed environmental activists from nearby Hambach Forest in 2018, Lützerath has become the new place of pilgrimage for Germany’s climate protection movement.

Dozens of young activists cavort on Heukamp’s premises. His farm is adorned with a huge yellow poster that reads: “1.5 degrees means: Lützerath stays”. Tree houses with colorful anti-coal posters tower like huge nests in the treetops. Even Swedish activist Greta Thunberg was here in September 2021.

“Time is on our side. The longer we’re here, the more certain we are that we can stay longer. The hope that Lützerath will be preserved grows with every single day,” the 35-year-old activist Dirk said.

Dirk was at the front of the picket, wrapped up in the cold. The name of the alliance translates to All Villages Remain, and the group also collects donations to help cover Heukamp’s legal costs. What unites the unlikely partners is the same opponent, RWE.

“At first, Ecki thought: ‘What kind of people are they?'” Dirk said with a laugh. “But we made it clear to him that we’re there for him and that he’s not alone.” 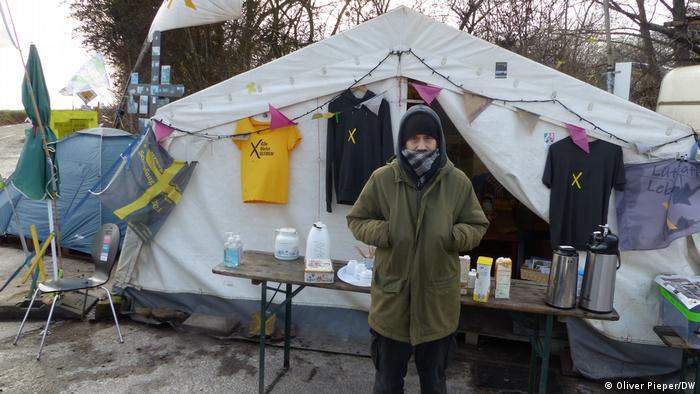 Activist Dirk lives in a tent on Heukamp’s premises

Opencast mine only a stone’s throw from Lützerath

Other activists have written a poem in Heukamp’s honor: “Eckhard, der Letzte” (Eckhard, the last one standing). It is an expression of their gratitude.

Dirk is one of them. The activist quit his job in the food industry to fight climate change. He has been a full-time campaigner for the preservation of Lützerath for many years and lives in his makeshift home in Heukamp’s yard, where seasonal workers used to be.

It’s a surreal scenario: The white tent of the picket is only a stone’s throw away from the edge of the mine with its gigantic excavators, edging closer and closer to what remains of Lützerath.

“The edge is approaching little by little — the excavators have been running day and night for a long time,” Dirk said. “But I’ll stay here until the last day because I feel like I have to do this to have a future.”

Will Lützerath become a second Hambach Forest for RWE, as activists hope? Two years ago, with the decision to phase out coal-fueled energy, the German government decided to preserve the woodland. Years of massive protests by the climate protection movement preceded the decision. The deal at the time, however, stipulated that Hambach Forest can stay, but RWE is allowed to mine brown coal in the Rhineland lignite mining area. For RWE, that’s some 900 million tons of brown coal. And a lot of money.

“The decision by the North-Rhine Westphalia state government in March explicitly allows for excavation in this southern part of the area,” RWE press spokesman Guido Steffen wrote in response to questions from DW. With regard to Heukamp, Steffen said RWE was ​​”still trying to find an amicable solution.” 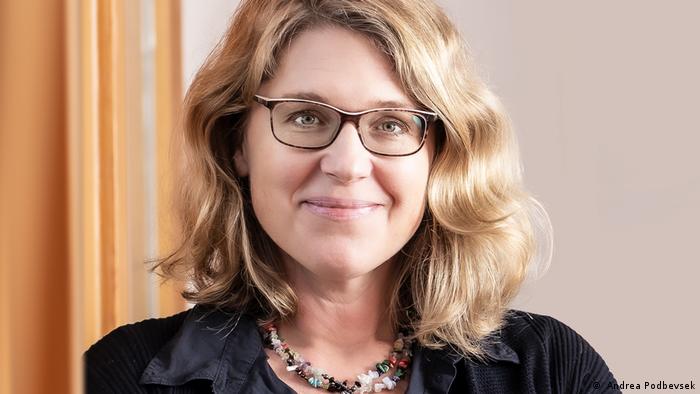 For legal aid, Heukamp and other activists have turned to Roda Verheyen. The Hamburg-based lawyer also represents Peruvian smallholder Saúl Luciano Lliuya, who is suing RWE for compensation payments because of climate change in his home country.

Her greatest success was a ruling by the Constitutional Court against the German government on April 29, 2021. The court ruled that the government must take precautions for climate protection and protect the future of younger generations. And that’s exactly why the lawyer is certain will sway things in Lützerath’s favor.

“Given the current state of affairs, a coal phaseout by 2030, 2035 or 2038 is illusory. We have to get out of coal quickly in to achieve the emissions target that the German Constitutional Court is demanding,” Verheyen said.

“The court agreed that what we’ve been doing for decades with coal mining doesn’t serve the general good,” she added. “Every additional ton that is mined is a burden for the future generations.”

If the Higher Administrative Court in Münster rules against Heukamp’s complaint on expropriation, Verheyen and her client will have to go to the Constitutional Court.

Germany’s month-old government is ducking the issue. Page 59 of the coalition deal between the Social Democrats, the Greens and the neoliberal Free Democrats reads: “The courts will decide on Lützerath.”

This article was translated from German.