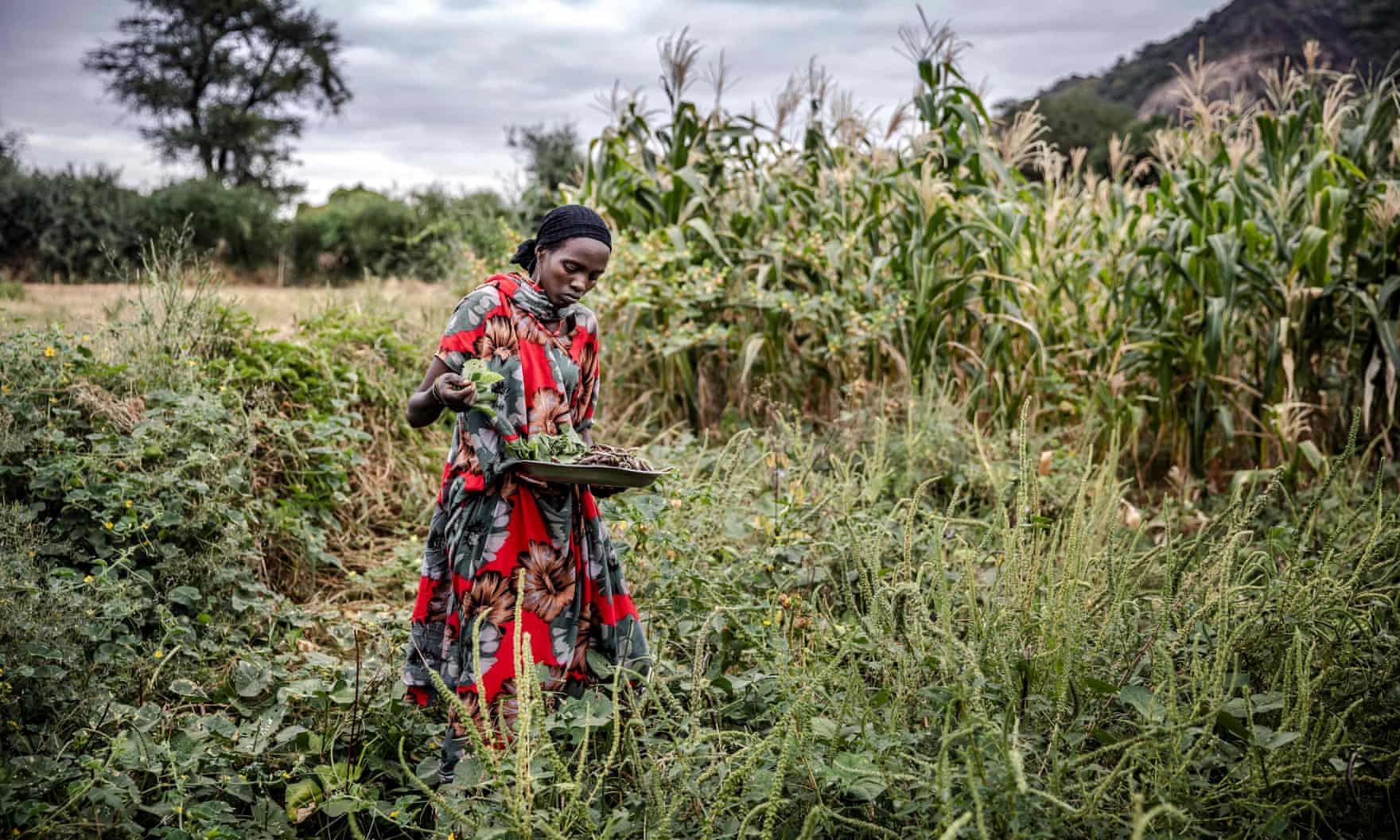 As the planet warms, these five drought-tolerant and highly nutritious crops offer hope for greater resiliency

The Guardian
Supported by

Over the course of human history, scientists believe that humans have cultivated more than 6,000 different plant species. But over time, farmers gravitated toward planting those with the largest yields. Today, just three crops – rice, wheat and corn – provide nearly half of the world’s calories.

That reliance on a small number of crops has made agriculture vulnerable to pests, plant-borne diseases and soil erosion, which thrive on monoculture – the practice of growing only one crop at a time. It has also meant losing out on the resilience other crops show in surviving drought and other natural disasters.

As the impacts of the climate crisis become starker, farmers across the world are rediscovering ancient crops and developing new hybrids that might prove more hardy in the face of drought or epidemics, while also offering important nutrients.

Here’s a look at five crops, beyond rice, wheat and corn, that farmers across the world are now growing in hopes of feeding the planet as it warms:

Amaranth: the plant that survived colonization

From leaf to seed, the entirety of the amaranth plant is edible. Standing up to eight feet tall, amaranth stalks are topped off with red, orange or green seed-filled plumes. Across Africa and Asia, amaranth has long been eaten as a vegetable – whereas Indigenous Americans also ate the plant’s seed: a pseudocereal like buckwheat or quinoa.

While amaranth leaves can be sautéed or cooked into a stir-fry, the seed is commonly toasted and then eaten with honey or milk. A complete protein with all nine essential amino acids, amaranth is a good source of vitamins and antioxidants.

In the Americas, Spanish colonizers banned the Aztecs and Maya from growing amaranth when they arrived on the continent. However, the plant continued to grow as a weed and many farmers saved amaranth seeds, passing them down for generations, until their descendants were allowed to grow it again.

Today, Indigenous farmers in Guatemala, Mexico and the US are collaborating to grow this drought-resistant crop. Like fonio, an African grain, amaranth is not a new crop, but one that is experiencing a resurgence as communities adapt to the climate crisis. “Everything that’s new was old once,” said Matthew Blair, a professor at Tennessee State University and co-president of the Amaranth Institute.

Amaranth has found its way into European kitchens, with Ukraine coming in as the crop’s largest producer on the continent.

For thousands of years, farmers across west Africa have cultivated fonio – a kind of millet that tastes like a slightly nuttier couscous or quinoa. Historically, fonio is considered to be Africa’s oldest cultivated cereal and was regarded by some as the food of chiefs and kings. In countries such as Senegal, Burkina Faso and Mali, fonio would be served on holy days, like at weddings and during the month of Ramadan.

Today, attention is increasingly focused on fonio for its resilience and health benefits. As the climate continues to change, fonio’s drought resistance and ability to grow in poor soil has made it a standout crop in water-scarce regions. It also has important nutritional value as a low glycemic, gluten-free grain – making it a good source of amino acids for people with diabetes or gluten intolerance.

While Europeans once called fonio “hungry rice”, European companies are now manufacturing their own fonio. The Italian company Obà Food helped introduce fonio to the EU in December 2018. And in the US, the Senegalese chef Pierre Thiam sources fonio from the aid organization SOS Sahel for his brand Yolélé, also the name of his cookbook celebrating west African cuisine.