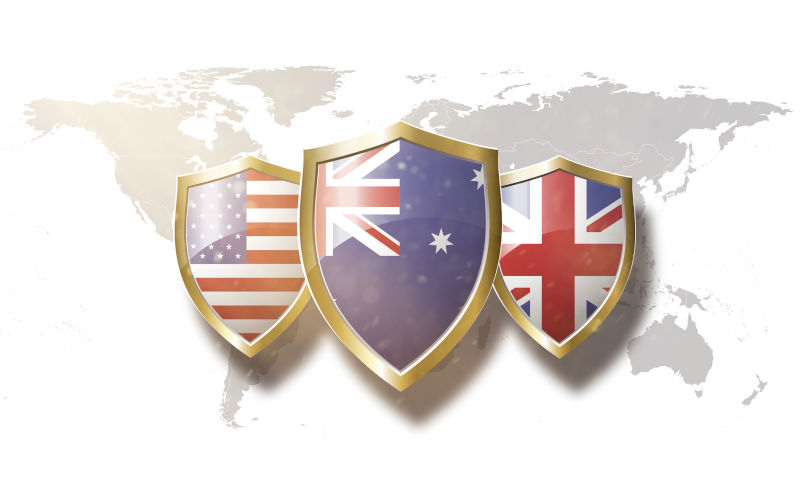 From John Menadue’s Pearls and Irritations
By Erik Paul

Australia’s secretive military pact with the US and UK (AUKUS) is an offensive Anglosphere war megamachine shield from growing human and political upheavals of global warming and expanding inequity in global governance. Climate change constitutes an existential threat to humanity and a peaceful world order.

US’ satellite states are uniting, strategising to secure their borders and economies from both internal and external threats. AUKUS embodies the geopolitics of an armed lifeboat against the rest of the world, expanding their sovereign and private wealth against all others. A garrison mindset is being constructed to protect national homelands from growing waves of climate and war refugees.

AUKUS consolidates the power of the Anglosphere, securing US global hegemony. It frames the reality of racial prejudice of the new global order in the age of the Anthropocene. It executes a strategy of global domination directed specifically at controlling the Eurasian continent.

Australia’s national security state undermines democracy, militarising the continent for more wars. US’ Australian garrison is rapidly expanding. Northern Australia is becoming a major staging area for military operations in the Asia-Pacific. Australian domestic and foreign policy is increasingly dominated by the geopolitics of the Anglosphere to dominate the world and contain China, Russia and other countries. The Anglosphere’s eastern NATO expansion aims to regime change and balkanise their territorial integrity.

US militarisation of the Australian state and continent is expanding with the deployment of missiles and nuclear-armed bombers in the north, and nuclear armed submarines based in Queensland, the Northern Territory and Western Australia. It will further bloat Australia’s military and surveillance budget and power. AUKUS will deepen Australian social inequality and fuel Sinophobia.

AUKUS demonstrates the failure of US-imposed global governance and neoliberal economic regime since the dissolution of the Soviet Union in 1991. Global governance continues to fuel domestic crises, failed states and preventable wars, renewing the prospect of a nuclear nightmare.

Today, half of the world’s wealth is owned by 2% of the adult population, while across the world more than 1 billion children live in poverty, lacking necessities as basic as nutrition or clean water. Hunger is on rise in many parts of the world. Global governance has failed to bring to justice Western leaders guilty of war crimes and crimes against humanity.

Global warming will cause widespread damage to Australia’s habitat, society and economy. The Anthropocene is a critical period for the survival of humanity, threatening the viability of the Australian nation-state, challenging a united response for a shared future.

Australia must prepare itself now, taking urgent action for a rapid net zero and socially just decarbonisation of the economy, preparing itself to mitigate the social impact of global warming on all Australians and the people of the Asia-Pacific region.

Australia should respect the legitimacy and integrity of China, forming the basis for a fully cooperative economic and social entente with China and the Association of Southeast Asian Nations (ASEAN). Australian geopolitics of militarising climate change must end, becoming independent and more democratic, free from US domination.

Erik Paul is at the University of Sydney in the Department of Peace and Conflict Studies. He is a researcher specializing in Australia’s relations with the Asia-Pacific and issues of regional and world peace. His latest book is Australia in the Expanding Global Crisis: The Geopolitics of Racism, published by Palgrave Macmillan, 2020.