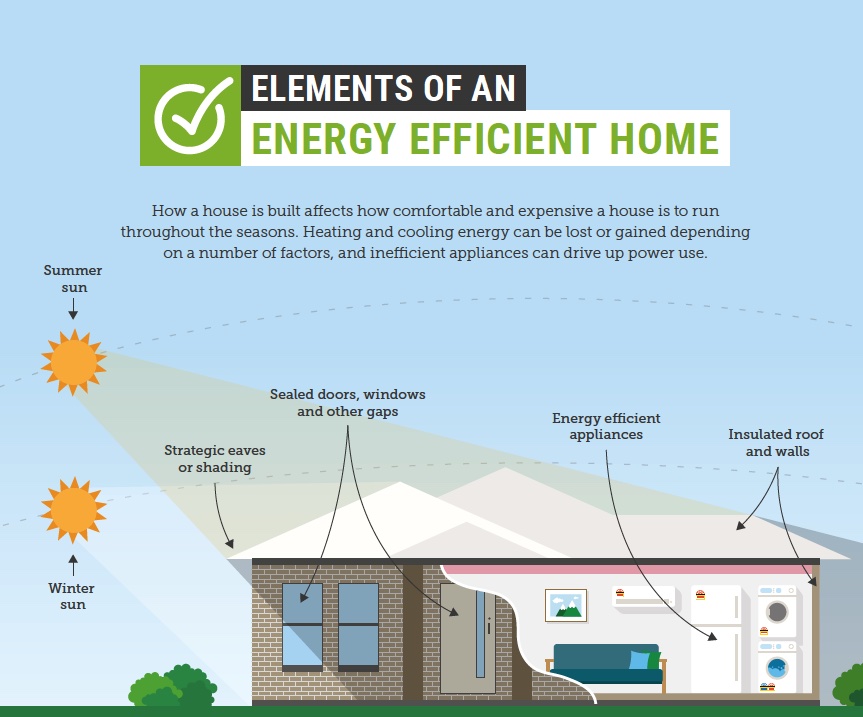 The Climate Council’s new report Tents to Castles: Building energy efficient, cost saving Aussie homes has found living in a 7-Star, all-electric house in any capital city in Australia would save occupants on average $450 per year on heating and cooling costs compared to the current building standard of 6-Stars.

Low energy efficiency standards have left too many Australians living in poorly-made homes equated to “glorified tents”, which are stifling during summer and freezing in winter. In fact, houses that are too cold contribute to 6% of deaths in Australia – double the rate in Sweden, where winter temperatures reach minus 30℃.

Making new Australian buildings more energy efficient will not only directly save homeowners hundreds of dollars every year in energy bills but would help our country cut emissions and address climate change. Climate Council modelling shows a 7-Star all-electric home achieves a 25% reduction in emissions compared to the current minimum standard of a 6-Star all-electric home.

The report is released as State and Territory Ministers prepare to meet in July to review 11-year old regulations that govern minimum energy efficiency standards in new home builds. The Climate Council is calling on Ministers to amend the National Construction Code to increase the 6-Star standard to 7-Stars. Even a short delay in implementing this change will lock in higher bills and emissions for years to come. Together, we can push for action. Use our simple email tool to send a copy of Tents to Castles to your relevant minister, and join the Climate Council’s call to increase the minimum energy efficiency standards for new homes to 7-Stars.

“Australians cop some of the most expensive energy bills in the world, with as many as 85 percent of us experiencing bill shock last year.

“Greater energy efficiency means fewer greenhouse gas emissions, which is essential for tackling climate change. But that’s not where the benefits of making homes more comfortable to live in stops: we can also improve people’s health and wellbeing, reduce electricity bills, strengthen our energy grid and create jobs.”

1. Low energy efficiency standards have left too many Australians living in poorly-made homes equated to “glorified tents”, which are stifling during summer and freezing in winter.

2. Making new Australian buildings, including homes, more energy efficient will directly save homeowners hundreds of dollars every year in energy bills, and also cut network costs for all energy users.

4. Updating the National Construction Code so that 7-Star homes are the minimum standard is a huge opportunity to improve the quality, comfort and running cost of Australian homes. Any delay in doing so will lock in higher bills and emissions for many years.