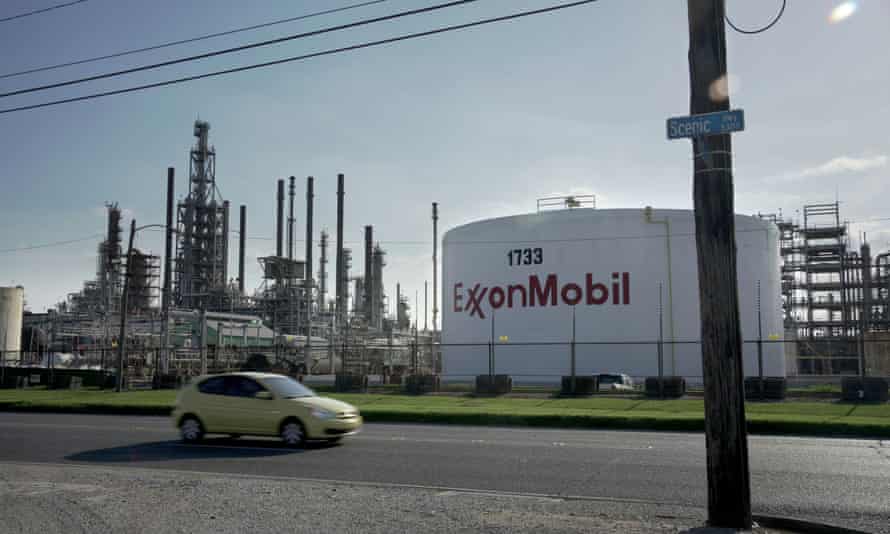 Representative Ro Khanna, a leading critic of the petroleum industry on the House oversight committee, said the documents came to light ahead of a hearing next month to question the heads of large oil companies about their industry’s long history of undermining the evidence that burning fossil fuels drove global heating.

Khanna declined to discuss the information beyond describing it as “very troubling facts and some very concerning documents”.

On Thursday, the House oversight committee sent out letters summoning the heads of four firms – Exxon, Chevron, Shell and BP – to testify on 28 October.

“We are also concerned that to protect those profits, the industry has reportedly led a coordinated effort to spread disinformation to mislead the public and prevent crucial action to address climate change,” the letter said.

The hearings follow a secret recording of an Exxon lobbyist earlier this year describing the oil giant’s backing for a carbon tax as a public relations ploy intended to stall more serious measures to combat the climate crisis.

“The big oil companies owe the American people an explanation,” said Khanna, a California Democrat who chairs the environmental subcommittee. “They need to admit what they’ve done on climate misinformation in the past, they need to acknowledge what they’re currently doing in terms of spending dark money, and they need to commit 100% that they’re going to stop any climate disinformation campaign.”

The congressman said it was “unbelievable” that oil industry leaders have yet to face questioning by Congress about the climate crisis. He likened the hearings to the groundbreaking appearance of seven tobacco company chiefs before Congress in 1994 to expose what the cigarette companies knew about the hazards of smoking. He said the oversight committee is currently being advised by some of those involved in those hearings.

Khanna said he wants to hear from the leaders of the oil giants not only about past actions but their continued funding of front groups and thinktanks spreading disinformation about climate science, the covert funding of denialist advertising and the use of lobby groups to oppose green legislation.

“The magnifying glass is particularly important now so that they don’t interfere with the Congress’s agenda to get all kinds of legislation. We will not tackle the climate crisis successfully if we don’t first put an end to climate disinformation,” he said.

The committee is also requesting that the heads of two major trade groups closely aligned with the oil industry, the American Petroleum Institute (API) and the US Chamber of Commerce, answer questions about their role in the coverup.

Minnesota’s attorney general, Keith Ellison, is suing API, alleging that it “engaged in a public-relations campaign that was not only false, but also highly effective” to undermine climate science.

Democratic senator Sheldon Whitehouse told the Guardian earlier this yearthat API was acting as a front for the industry by allowing oil firms to claim they were committed to addressing climate change while API lobbied against green policies in Congress. Whitehouse accused API of “lying on a massive industrial scale”.

In 1998, after countries signed the Kyoto Protocol to help curb carbon emissions, API drew up a multimillion-dollar disinformation campaign to ensure that “climate change becomes a non-issue”. The plan said “victory will be achieved” when “recognition of uncertainties become part of the ‘conventional wisdom’”.

Similarly, the US Chamber of Commerce has helped downplay the climate crisis and oppose legislation to curb greenhouse emissions.

In 2015, the Columbia Journalism School and the Los Angeles Times uncovered a raft of Exxon documents held at the University of Texas that showed the company worked to undermine climate science by promoting denialism.

This story is published as part of Covering Climate Now, a global collaboration of news outlets strengthening coverage of the climate story