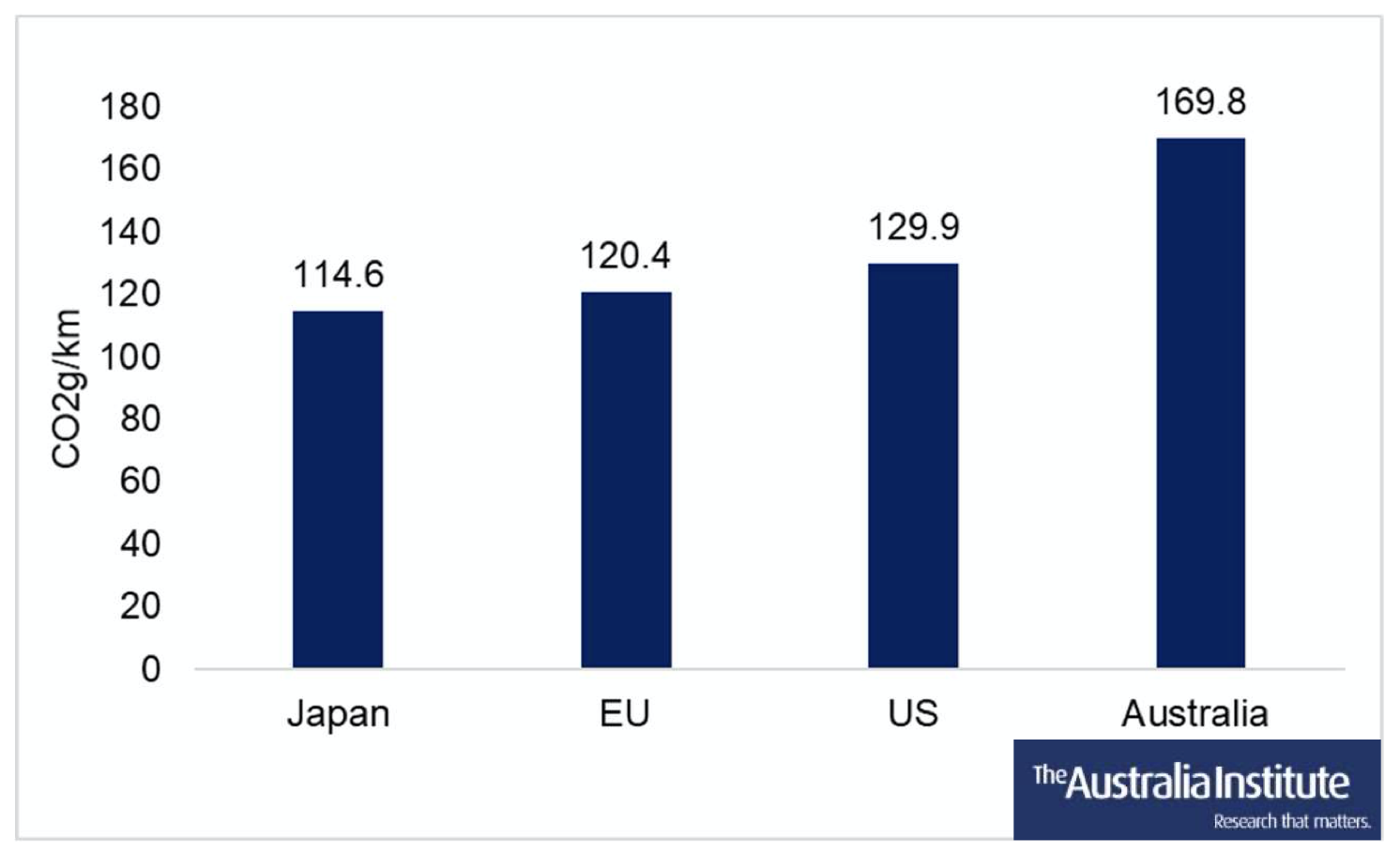 New research by the Australia Institute shows that $5.9 billion in fuel costs would have been saved and emissions equivalent to a year’s worth of domestic flights would have been avoided, if robust fuel efficiency standards were adopted in 2015.

As the fuel excise cut nears an end, Australia has an opportunity to save commuters money at the fuel bowser by introducing an average efficiency standard for new cars in Australia. Such a measure would save motorists money on fuel, reduce transport emissions, increase the availability of electric vehicle models, and reduce Australia’s reliance on foreign oil.

“Australians are being left behind simply because, as a nation, we are still accepting gas guzzling cars with no emissions standards. This is costing commuters money at the petrol pump and holding Australia back from reducing our emissions,” said Richie Merzian, Climate & Energy Program Director at The Australian Institute.

“As the fuel excise cut nears an end, policymakers have an opportunity to save motorists money at the petrol pump by introducing an average efficiency standard for new cars in Australia.

“Australian motorists are the victims of having one of the world’s least efficient and most polluting car fleets, and it’s costing us every time we fill up at the petrol pump.

“Fuel efficiency standards are a widespread and modest policy mechanism used by policymakers globally to ensure new cars are more efficient and less polluting. These standards exist across 80% of the vehicle market but not in Australia despite numerous reports, inquiries and government commitments saying we need them.

“Previous attempts to introduce fuel efficiency standards in Australia have been marred by disinformation and outright lies. Unfortunately it is everyday Australians bearing the cost. Australian motorists have paid billions more for expensive foreign oil to fuel gas guzzling cars which have been rejected by the rest of the world.

“The Albanese Government has a golden opportunity to implement robust fuel efficiency standards in line with Europe. The policy is popular, helps Australians with cost-of-living, and will help drive the uptake of cleaner vehicles.”

Clean Transport advocates Solar Citizens have criticised revelations from a report leaked this morning that the Federal Chamber of Automotive Industries, Australia’s peak body representing 39 auto brands, is covertly lobbying the government to implement some of the weakest fuel efficiency standards in the world.

“After the passing of the Climate Bill in parliament last week, the Albanese government now has an opportunity to implement Fuel Efficiency Standards with teeth and get us on par with the rest of the world and tackle our skyrocketing transport sector emissions,” said Ajaya Haikerwal, Clean Transport Campaigner at Solar Citizens.

“But because we’re so far behind, we have to ensure our standards are the best in the world to give us any chance of catching up.

“The leaked report from the Federal Chamber of Automotive Industries this morning shows that our car industry is trying to implement a dodgy standard that will see Australia fall short of its Paris commitments and leave Aussies with cars that will cost more over the long run, use more fuel, and pollute more carbon for longer.

“Any standard simply cannot include concessions for hybrid vehicles. The emissions savings that car makers calculate for hybrids and plug-in hybrid vehicles are much more dramatic than the cuts they actually deliver, so a ‘technology agnostic’ approach just isn’t going to cut it.

“You only have to look across the ditch to New Zealand to see a developed country with a small right-hand drive market, similarly isolated, for an example as to how strong Fuel Efficiency Standards have made a remarkable difference in a short space of time – EV sales have almost tripled since they were introduced last year.

“As today’s report from The Australia Institute also makes abundantly clear, we’re the world’s dumping ground for inefficient vehicles. Had fuel efficiency standards been adopted when the Turnbull government was in power, households, the economy and the climate would all have been better off.”