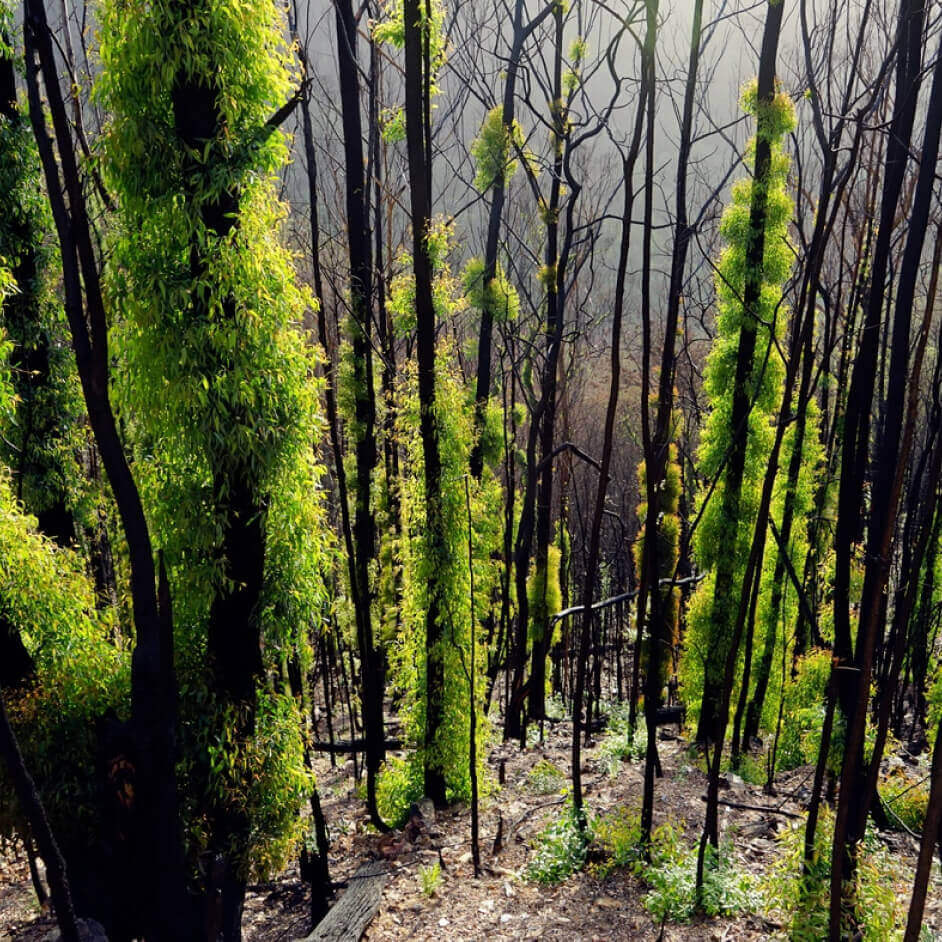 This week was another big one in the land of climate litigation.

The case challenging the EPA’s current failures was brought by a group of bushfire-affected Australians. The group’s president said the ruling means those impacted by bushfires can rebuild their homes, lives, and communities, with the confidence the EPA will also work to do its part by addressing emissions.

The group’s courtroom success shows citizens can play an important role in bringing about change. And it continues a recent trend of successful climate cases that have held government and private sector actors to account for their responsibility to help prevent climate-related harms.

Who are the bushfire survivors?

Members of the group, the Bushfire Survivors for Climate Action, identify as survivors, firefighters and local councillors impacted by bushfires and the continued threat of bushfire posed by climate change.

Their stories paint a picture of devastating loss, and fear of what might be to come. One member, who lost her home, tells of harrowing hours looking for friends and family amid a dark, alien moonscape. Another, a volunteer firefighter, describes the smell of charred and burnt flesh and the silence of the incinerated forests that haunted him.

The group argues that because the NSW EPA is required, by law, to protect the environment through quality objectives, guidelines and policies, these instruments also need to cover greenhouse gas emissions.

To establish this point, the bushfire survivors presented the latest reportfrom the Intergovernmental Panel on Climate Change, which was released while the trial was being heard. The report describes how the temperature rise in Australia could exceed the global average, and predicts increasingly hotter and drier conditions.

The EPA’s statutory duty to protect the environment was already known before the litigation began. That’s because the duty is contained within the EPA’s own legislation.

The EPA protects the environment from other types of pollutants by issuing environment protection licences, monitoring compliance, and imposing fines and clean-up orders. The bushfire survivors were seeking to force the EPA to address greenhouse gas emissions as well.

The EPA unsuccessfully tried to establish it is not required to address any specific environmental problem — i.e. climate change. And it argued that even if it is, it has already done enough.

But the court agreed with the bushfire survivors that the EPA’s instruments already in place aren’t sufficient, leaving the duty “unperformed”.

The court didn’t specify exactly how the EPA should remedy the fact it isn’t adequately addressing climate change, meaning the EPA can decide how it develops its own quality objectives, guidelines and policies, in a way that leads to fewer emissions. It is not the court’s job to make policy.

The EPA might, for example, target the highest-emitting industries and activities, via controls or caps on greenhouse gases.

Importantly, however, the court said the EPA doesn’t have to match its actions with a particular climate scenario, such as a global temperature rise of 1.5℃.

Other states on notice

Although this ruling is specific to NSW, other state environment protection authorities also have legal objectives to protect the environment.

This case may cause other Australian environmental authorities to consider whether their regulatory approaches match what the law requires them to do. This might include a responsibility to protect the environment from climate change.

Another thing we know from the NSW case is that simply having policies and strategies isn’t enough.

The court made it clear aspirational and descriptive plans won’t cut the mustard if there’s nothing to “set any objectives or standards, impose any requirements, or prescribe any action to be taken to ensure the protection of the environment”.

The EPA tried to point to NSW’s Climate Change Frameworkand Net Zero Plan as a way of showing climate change action. But neither of these was developed by the EPA.

The EPA also presented documents it did develop, including a document about landfill guidelines, a fact sheet on methane, and a regulatory strategy highlighting climate change as a challenge for the EPA.

An Australian first, but not an anomaly

Globally, climate litigation is playing a role in filling gaps in domestic climate governance. Cases in Europe, North and South America, and elsewhere have led to courts pushing governments to do more.

Read more: In a landmark judgment, the Federal Court found the environment minister has a duty of care to young people

One of the world’s first major successful climate change cases, Massachusetts v EPA, was similar to the bushfire survivors’ case. Back in 2007, the state of Massachusetts, along with other US states, sued the federal US EPA. They were seeking to force regulatory action on greenhouse gas emissions, and a recognition of carbon dioxide as a pollutant under the Clean Air Act.

While the NSW case comes 14 years after the US case, there has been plenty of courtroom action in Australia in the meantime, with cases against the financial sector, government actors, and corporations.

In fact, on the same morning as the bushfire survivors’ case, a lawsuit was filed against oil and gas giant Santos in the Federal Court.

The Australasian Centre for Corporate Responsibility will arguestatements made in Santos’s annual report are misleading and deceptive. These statements include that natural gas is a “clean fuel” and that it has a “clear and credible” plan to achieve net-zero emissions by 2040.

Climate change is an inevitable problem, and one that will be costly. Lawsuits seeking to force action now aim to limit how great the costs will be down the track. By targeting those most responsible, they are a means of seeking justice.

Research Fellow in Environmental Law, The University of Melbourne

Partner: University of Melbourne provides funding as a founding partner of The Conversation AU.

The EPA has a critical role in protecting the environment from the threat of climate change.

We are already responding to climate change induced severe weather events impacting our environment and our communities.

Our actions will support industry and the community to meet the NSW Government’s Net Zero commitments.

Tell us what you think

We are seeking your feedback on the draft Climate Change Policy and Action Plan 2022- 2025. Have a read and tell us what you think.

The Action Plan includes a range of new and continuing actions to:

The climate change policy landscape is complex and evolving and many of the EPA’s licensees are already forging ahead of mandated requirements. It is important that the EPA step into the regulatory space in a way that is deliberate, systematic, well informed and properly paced. The EPA’s climate change actions will be staged, progressive and iterative – allowing time for licensees to adjust and for data to inform what actions must be taken and where.

The EPA’s staged approach is to:

Public consultation on the EPA’s draft Climate Change Policy and draft Climate Change Action Plan is now open.
Provide your feedback by completing the survey by 5pm Thursday, 3 November. The survey should take you about 10 minutes to complete. You are not required to answer every question.

We are consulting for eight weeks to give you time to consider and respond to the draft policy and action plan. We will be finalising our policy and action plan by the end of 2022. To meet this commitment, we are not able to provide extensions to the consultation timeframe. This will ensure we have time to properly consider your feedback.

If you would prefer to provide feedback by email, send your submission to climatechange.review@epa.nsw.gov.au.