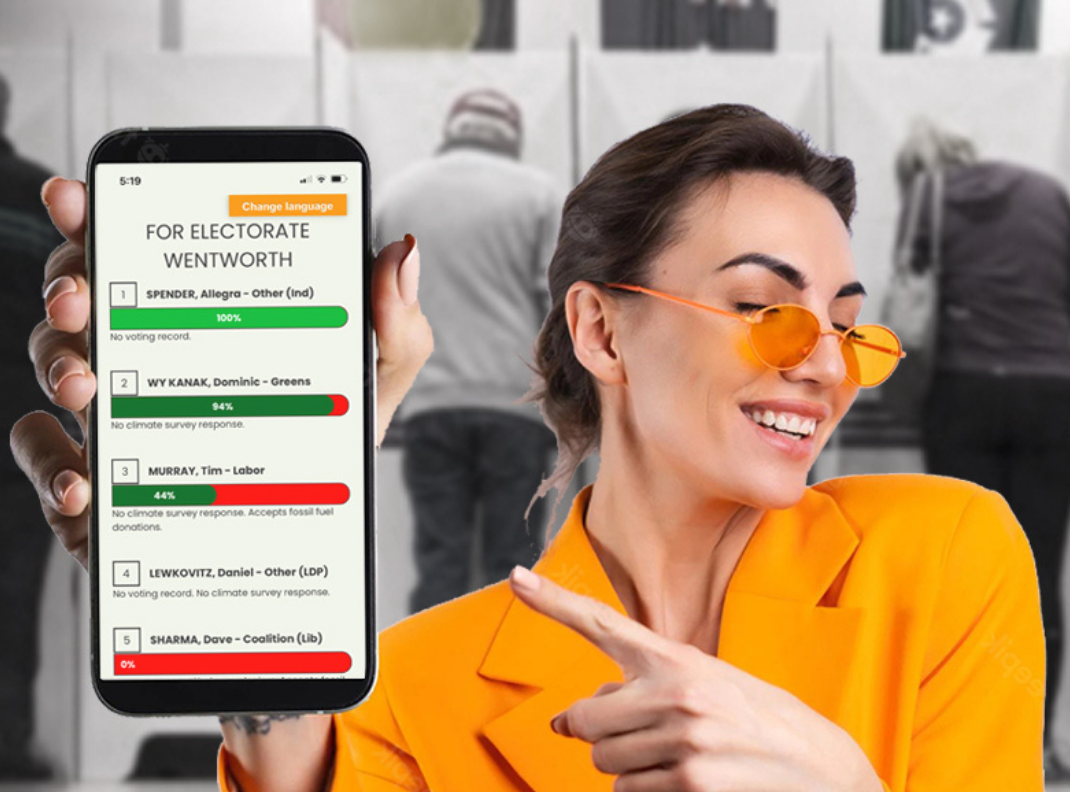 Our rankings are based on our opinion of the likelihood of the candidate achieving climate action if elected.

There is a combination of detailed hard data and ‘Brains trust’ assessment of whether the action or promise passes the pub test.

Our Electorate scorecard is based on: 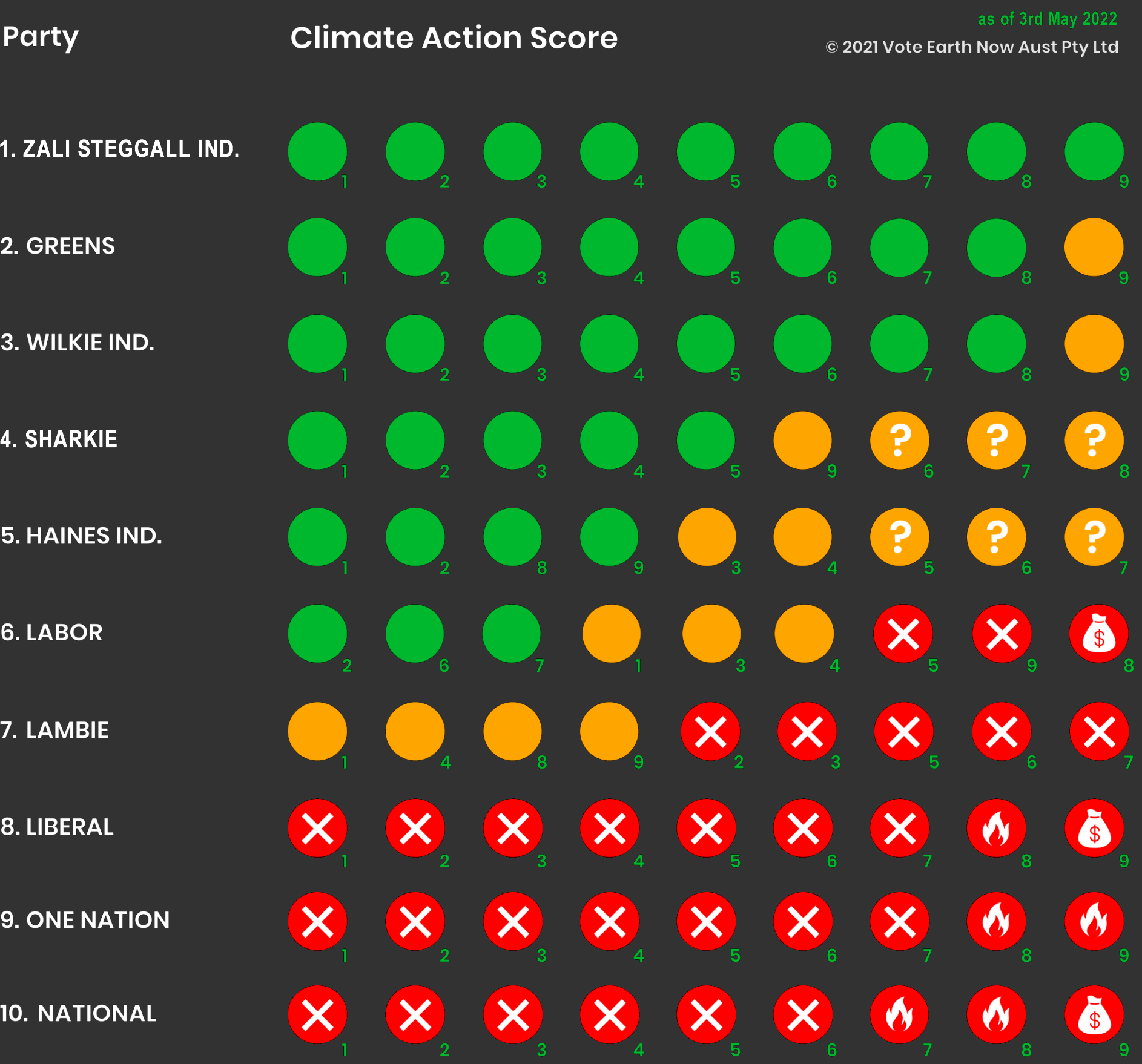 See site (voteearthnow.com) for details of how each criterion is assessed.

Our senate scorecard is based on:

The simplicity of the displayed graphs is to make the user interface straightforward for the majority of voters.

Everyone may vote as they see fit. The numbers in the boxes are our suggestions for maximal achievable climate action. 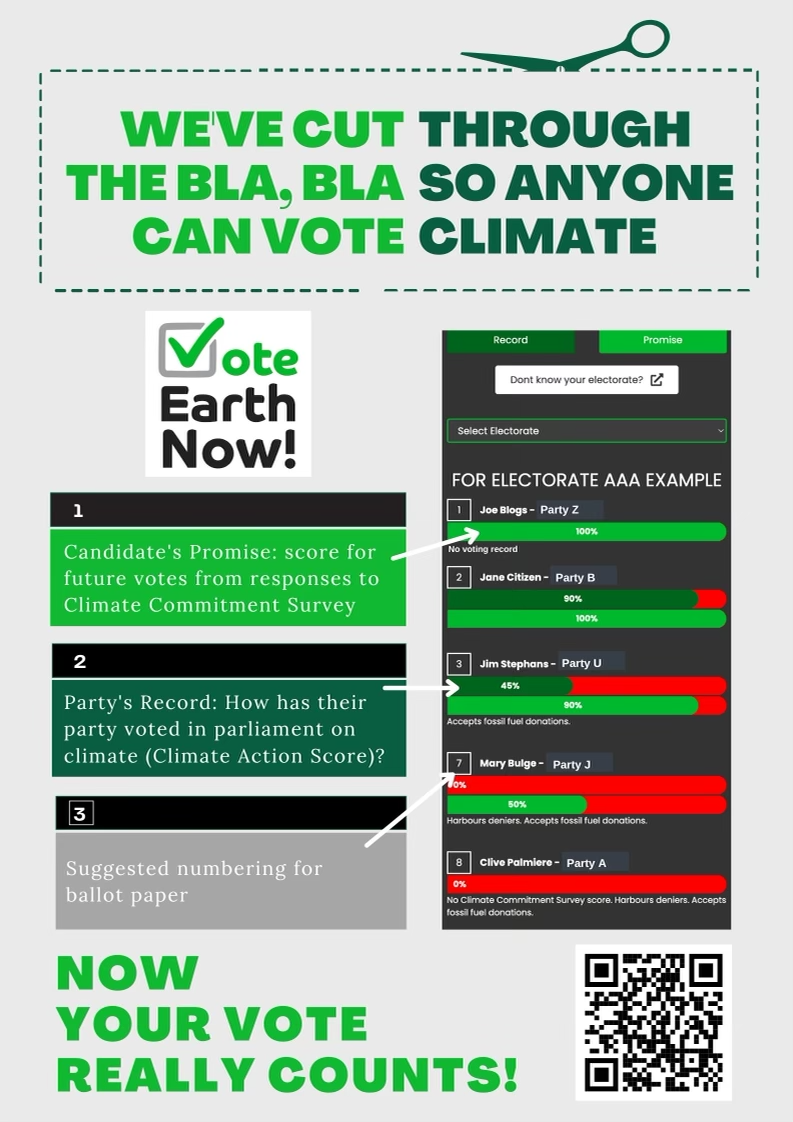