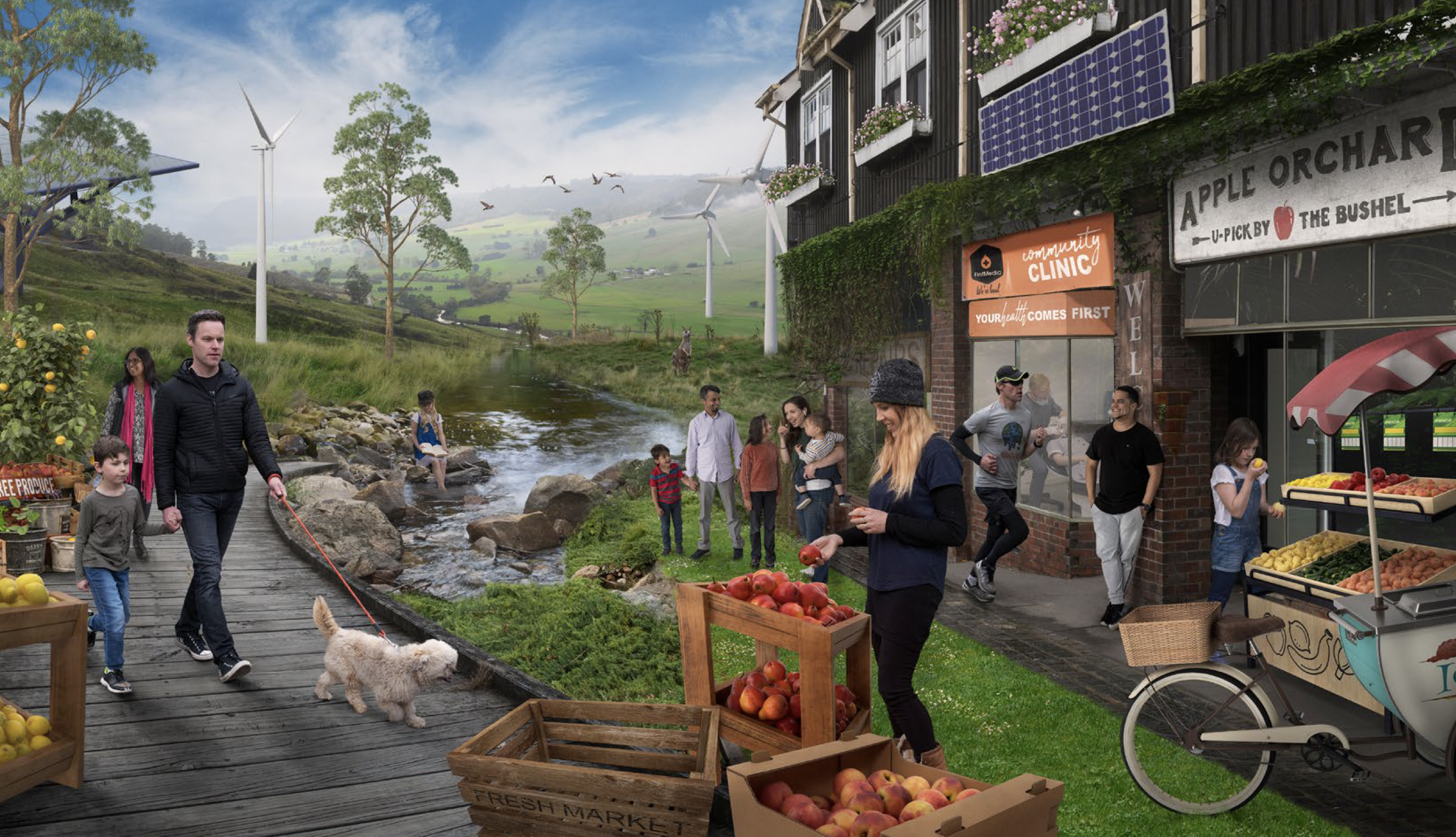 Labor must move quickly on climate and energy: Here’s a list of things to do

Australia voted decisively on Saturday to oust Scott Morrison and his Coalition government from office in what was a stinging rebuke of its failure to act on climate change and its rejection of new technologies.

Prime Minister Anthony Albanese rightly says that Australia has the opportunity now to end the climate wars in Australia and to become a renewable energy superpower.

It’s not entirely clear that the climate wars are actually over, or that what remains of the Coalition or the Murdoch media is going to go quiet on its support for the fossil fuel industries.

But Labor has much to do just to deliver on its own policy platform, and its assumptions of a rapid renewable energy transition, let alone the more ambitious policies it will be urged to embrace by the new climate focused cross bench.

Here’s a list of actions that RenewEconomy and some of the key industry bodies think are among the most urgent things to do.

Australia’s reputation on climate issues has oscillated between pariah and world leader. Its dodgy deal-making at Kyoto under Howard left a bitter taste, and was partially repaired by Rudd in Bali in 2007 and then with Gillard’s world-leading Clean Energy Package.

Abbott immediately flicked the switch back to pariah and obstructionist when he came to power, and it hasn’t changed much since.

That needs to change. Australia is highly influential thanks to its advanced economy, and its technology and policy expertise (The Gillard package really was that good, even if it was poorly sold) and because it is one of the world’s top three fossil fuel exporters.

Albanese and foreign minister Penny Wong (a former climate minister under Rudd), will start to repair the damage at this week’s Quad meeting in Japan. It is critical – not just to help advance global mitigation efforts – but also to help and for Australia’s reputation in the Pacific.

Visit a wind or solar farm

The Coalition liked to boast about the amount of renewables built during its last term in office, but none of its ministers – least of all Angus Taylor – ever bothered to go and actually visit a wind or solar farm.

That’s one of the first things Albanese or new energy minister Chris Bowen could and should do. The symbolism for the clean energy industry would be important. Hey guys, we aren’t afraid of these things! We like them!

Bowen could even try and visit one in his Tesla Model 3. Or better still, in a non Tesla EV. He might get a clearer idea of just how much more charging infrastructure is needed.

One way to boost Australia’s global reputation, apart from being constructive rather than obstructive in the international arena, would be to raise its targets, to at least be in line with global peers.

Labor’s 43 per cent reduction target by 2030 will go some way to address that – compared to the Coalition’s weak 26-28 per cent cuts, but it is still not in the ballpark of its share of a global effort to limit global warming by 1.5°C, which is what everyone signed up to.

Labor was too timid to take such a target to the election, but the extraordinary vote for climate independents and The Greens will put pressure on Labor to act, even if it has a majority in the lower house.

Remarkably, despite the best efforts of the Coalition government, the key institutions established by the Gillard government remain – the Clean Energy Finance Corp, the Australian Renewable Energy Agency, the Clean Energy Regulator and the Climate Change Authority.

Some, and the CCA in particular, have been badly diminished from a lack of funding and by boards stacked with veterans of the fossil fuel industry, who don’t really get iut.

Angus Taylor re-appointed a bunch of his mates just before the election to come key boards, including ARENA, and Labor will need to do a clean-out, and stop the micro-management of the Taylor regime, right down to the level of excluding RenewEconomy from media distributions.

Put environment back into the National Electricity Rules

One of the most astonishing, and appalling, decisions of the Howard government was the last minute excision of the environment from the rules of the National Electricity Market when it was created just over two decades ago.

The lack of an environmental imperative has hamstrung, distorted and bastardised nearly every decision by the market regulator and the rule-makers since then, at great cost to emissions and to the wallets of consumers.

The example of Broken Hill, where these dumb rules translated into support for dirty diesel replacement rather than a smarter cleaner new technology is a prime example. It should probably be the first thing on the list.

Overhaul the regulatory test for investments

The problem is not just the lack of environment in regulatory considerations, it’s the sheer complexity and time taken to make regulatory decisions.

One of the key points made by clean energy bodies is a reform of the regulatory investment test (known as RiT). It needs streamlining, and less duplication.

Another might be to review the regulatory rules over networks that would prevent them from owning batteries that compete in competitive markets – i.e. buying and selling power. Without it, Labor’s grand community battery rollout might be crippled at the starting gate.

Redefine the energy and climate portfolio

Australia has been playing around with ministerial titles for years, lurching from climate, and energy, to combining climate and energy, and to energy and emissions reductions.

Maybe it’s time to go the whole hog and deliver what the electorate expects. Various European countries, including France and Spain, have variously played with “ecological transition” to combine the energy and climate portfolios.

Germany currently has a combined “economics and climate protection” ministry, and France has “energy transition”. That at least is a starting point and a statement of intent.

At the very least, the integrity of a “climate change department” – that was abolished by Abbott in one of his first vindictive acts – needs to be restored.

Turn the Coalition’s “fig leaf” into a mechanism with bite

The Coalition dumped the carbon price, which required business to pay a penalty if they couldn’t cut emissions, and replaced it with a policy that used taxpayer’s money to help business reduce emissions if they could be bothered.

Malcolm Turnbull described it once as a “fig leaf” of a climate policy. But it was barely even that.

By ramping up the “safeguard” mechanism, Labor could ensure that business could be bothered, and to encourage a market for carbon credits. Best to ensure that these credits have environmental integrity too, because many say they do not.

The removal of that giant energy policy bollard, former energy minister Angus Taylor, means that Australia once again has the opportunity to develop a coherent national policy.

There is no reason not to. Australia has a national blueprint for the future grid – thanks to the excellent work by AEMO and the CSIRO.

And all the state governments are on side – not least the last remaining Coalition government in the mainland, NSW – thanks to the excellent work of Matt Kean. The Labor governments in Queensland, WA and the NT might be the most difficult to pull into line.

Think about the ESB

The Energy Security Board is a curious beast, supposedly charged with re-writing the country’s market rules, bringing them up to date with new technologies and fit for purpose for the rapid transition that will occur in coming years.

Is it working? Is the structure right? Are the people involved the right ones? Who is actually running the show? Careful thought is needed, and soon.

This is seen as the big game changer for the roll out of renewables and storage, and one of the biggest challenges to overcome, given the scale of what’s required and the need to navigate carefully through the issues with landowners.

Despite the absurd costings circulated by Taylor, consumers should be largely protected from big increases in network costs and should benefit from the reduction in prices brought by more renewables.

But new energy minister Chris Bowen to act quickly, and begin wide consultation on its design with market bodies, key agencies and the industry.

And while Bowen is at, he could work on encouraging AEMO to fast track the connections process. It’s not a government role, but by saying that the government actually likes these things, it might encourage AEMO to get moving.

It’s not in Labor’s policy suite, but Labor is going to have to think about a national vehicle emissions standard. The lack of one is pushing Australia to the end of the queue for electric vehicles, and it is almost impossible to source them, despite surging demand.

But right now, the wait list for most leading EV models is a year or more, and so many models are still on available in Australia. A vehicle emissions standard, apart from saving thousands of lives by reducing particle pollution, would go a long wait to solving that.

As Alan Pears argued here recently, the lack of federal government policies and industry-wide reform to drive improved energy efficiency and productivity in Australia is an economic, social and environmental disaster.

What is needed is strong national standards, clear energy efficiency directives, effective institutional structures, and substantial funding to drive meaningful change. The electrification of homes and in particular a shift away from gas heating should also be driven from the top.

A firm date should be set for the end of coal fired power generation in Australia, in line with the science.

This will not only send a firm signal to investors in renewables and long-duration energy storage technologies but set a timeframe for communities to transition away from fossil fuels.

A central federal authority should be established to oversee the transition of Australia’s coal communities to new industries and to help seed new businesses.

Scrap “clean hydrogen” and replace it with “green” hydrogen only

Let’s cut the crap and remove “clean” hydrogen from the lexicon, because when it is made with fossil fuels it is not clean at all, and such projects, according to BNEF, will end up as white elephants and merely support the coal and gas industry.

Labor could follow Europe’s recent example and set firm national targets for both the production and export of renewable hydrogen, and even support mechanisms like contracts-for-difference.

To this end, the federal government should also establish or commit to an existing a zero carbon certification scheme that will guarantee the provenance of green hydrogen produced in Australia and ensure it is made from renewable resources, and not from coal or gas – such as has been proposed by the Smart Energy Council.

The development of offshore wind projects is currently in the hands of the states, even as key enabling legislation makes its way through federal parliament.

That legislation needs to be updated, and the federal government needs to decide if it will support the roll out with the hugely successful Contracts for Difference (CfD) auctions which have driven so much of UK renewable energy, and particularly offshore wind capacity.

Similarly, long-term policy confidence will be vital to attract developers and manufacturing. Australia could still become a leading manufacturing and development base, and still could if the Labor government are able to move quickly.