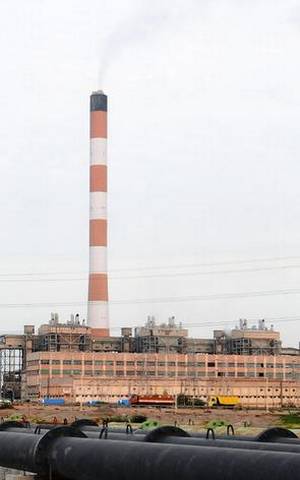 India now has 100 GW of renewable energy, so reaching the 50% renewable target by 2030 is doable

Phase out coal or phase down coal? Seldom has the world been so focused on a single word as it was following the conclusion of the COP26 climate conference at Glasgow. Global media, for the most part, was quick to blame India for watering down the language of the Glasgow Climate Pact on coal — ignoring the equally consequential role played by China and the US, and the fact that India had pointed out in vain that all fossil fuels, not just coal, need to be phased out, with the countries that have burned the most leading the way.

Contrary to most media coverage, the difference at this point in time is insignificant, especially as the Glasgow pact makes no mention of timelines for phase down/out of coal. What is significant though, is the direction of travel that India has committed to — net zero — which implies first a phase down, followed by a phase out of coal. (Despite the investment of billions over the last two decades, carbon capture and storage remains unproven at scale, so we should not be counting on CCS to save us from coal’s carbon problem.)

The 2070 net zero timeline is distant enough to be little more than a signalling intention; the key is what short/medium term implications follow from the other targets India announced: 500 GW non-fossil capacity and 50 per cent renewables generation by 2030.

Having now reiterated these goals on the biggest global stage, India must deliver. Happily, the changed economics of the electricity sector mean that delivery on this front will in fact be a massive benefit for the country: cheaper, more reliable electricity, greater energy security and reduced fuel imports, less environmental damage, cleaner air, the growth of new manufacturing chains feeding the energy transition and a potential boost to the competitiveness of India’s exports.

So assuming India is to achieve these targets, what does this mean for the electricity sector in the next 3-5 years and beyond?

Firstly and most importantly, India does not need any new coal power plants, even if the economy returns to aggressive growth rates over the next decade. The current coal fleet has been running at 60 per cent plant load factors for several consecutive years, even pre-Covid. The surplus of generation capacity is hurting newer private sector coal generators and, increasingly, renewable projects, as cash strapped Discoms in several key States are being forced to pay fixed costs on legacy PPAs that are no longer required.

In addition, there is currently around 30GW of coal power under construction and expected to come on stream in the next 2-3 years. There is another 27GW that are either seeking or have already received clearances and financing but haven’t yet started construction.

A case can be made for completing the 30GW under construction, perhaps barring the few that are at very early stages. But allowing any of the 27 GW of “zombie” plants (mostly state-owned) to commence construction would be a financially ruinous mistake.

A recent study by research groups Climate Risk Horizons and Ember estimated that these 27 GW represent an investment value of ₹2.47 lakh crore — scarce resources that would be more productively invested in clean energy, battery storage and grid strengthening.

Thanks to falling costs of RE and battery storage, switching investment from these coal projects to battery storage powered by renewables would save the Indian power system about ₹43,000 crore every year from 2027 onwards in terms of reduced power purchase cost, at less than half the capex investment — without sacrificing the power system’s ability to meet future demand.

“switching investment from these coal projects to battery storage powered by renewables would save the Indian power system about ₹43,000 crore every year from 2027 onwards”

Not only will new coal projects be expensive and uncompetitive with renewables, but because of the distorted structure of India’s electricity market, they will lock consumers into expensive electricity and undermine delivery of India’s renewable energy targets. This point cannot be stressed enough — India is no longer in a situation where it can absorb endless quantities of all types of power.

Continuing to build new coal will mean an increasingly unpredictable struggle on the part of renewable energy developers to tie down reliable buyers — with a net loss in terms of economic efficiency and the risk of fresh non- performing assets.

Secondly, India’s growing fleet of old (25+ years) coal plants needs to be progressively retired, in line with the Central Electricity Authority’s recommendation, due to a combination of factors (inefficiency, contribution to air pollution and the high costs of maintenance, pollution control retrofits etc). Over the coming decade, about 54 GW of these plants should be shut down, and replaced by a mix of renewables, battery storage and higher load factors from the rest of the power fleet, including more efficient coal units.

Put together, halting new coal build and retiring older coal plants mean that India is in a position to peak both its coal power capacity by 2025 and coal power generation by 2030 without sacrificing its energy security — as long as the nation meets its renewable energy targets and continues to meet expected targets on energy efficiency.

Once the coal peak has been reached, the speed of the “phase down/out” will be determined by a range of factors — energy intensity of economic growth post 2030, how much further the price of renewable energy and electricity storage falls and the broader national and international ecosystem, including the availability of cheaper financing. After a point, specific targets beyond a 10-year horizon are speculative — the world is changing too fast.

In 2010, after the disastrous Copenhagen climate conference, not even the most ambitious climate activists would have predicted that India in 2021 would have over 100 GW of renewable energy, or that new renewable energy would be half the cost of new coal power! If the last five years are an indicator, the energy transition will continue to gather pace and as we approach 2030 we will be in a position to plan for the complete phase out of coal powered electricity in India.

But for now, India can start phasing down its coal power fleet over the next decade — not because of international pressure, but because it makes sound economic and financial sense for the country.