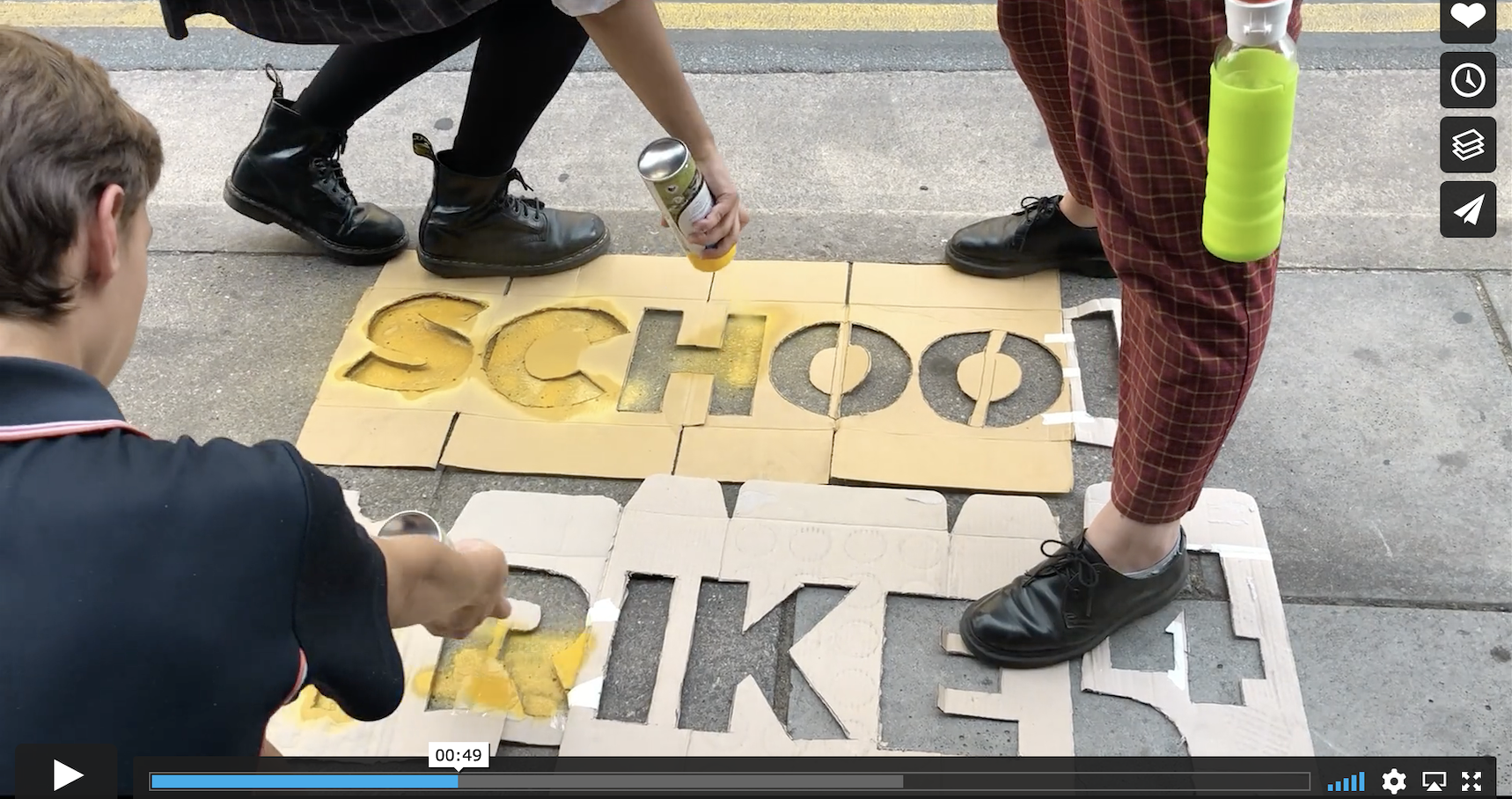 The Australian federal election is just one front on which women and young people are making a transformative difference in the climate change battle.

Film, article and science below.

THE POWER OF ACTIVISM

The film “The Power of Activism” from Academy Award nominee Steve Pasvolsky and Producer Michelle Dado-Millynn shines a positive new light on a group of young female activists who are risking it all to change the future thinking of governments and major companies. In true ‘David versus Goliath’ style, these inspirational scientists and conservationists challenge the thinking of out-dated practices that are contributing to climate change.

In an emotional and revealing journey, these women have sacrificed everything to take action. Giving their work a new dimension, one of Australia’s top actuaries investigates their actions to calculate the financial value of each of their projects… and the results are astonishing. From sacred ground above Byron Bay to Antarctica, Indonesia and to Pakistan, the women apply their energies to shark conservation, factory farming and antibiotic resistance, indigenous practices, the fight against pollution and the subsequent environmental and human health impact these issues are having.

THE POWER OF ACTIVISM moves beyond a critique of the world’s inaction on climate change, it celebrates the example set by this group of gutsy future-proofers… and actually puts a dollar value on the work they are doing.

They’re young, they’re smart and they’re determined to bring the voices of those most affected by the climate crisis to the fore.

But climate activists Dr Mya-Rose Craig, Vanessa Nakate and Anjali Sharma have paid a hefty price for speaking up for the environment.

Where was the outrage?

Nineteen-year-old UK-based environmentalist and ornithologist Dr Mya-Rose Craig says her activism started before she really knew what activism was.

“My family is from Bangladesh and I heard from those sources there’d been this terrible oil spill in the mangrove forest,” she tells ABC RN’s Late Night Live.

The oil spill occurred in the Sundarbans, the world’s largest mangrove forest, in 2014. It is a UNESCO world heritage site and home to several endangered species including the Bengal tiger and Irrawaddy dolphin.

At the time, local Bangladeshi forest officials labelled the spill catastrophic, so Dr Craig couldn’t understand why more people weren’t talking about it in the international media.

“I remember as a child just waiting for it to be picked up in the Western news and waiting for the outrage and the upset to happen — and it just didn’t,” she says.

Dr Craig took matters into her own hands. Six months earlier, she’d started a blog called Birdgirl. Her parents were avid birdwatchers and had taken her twitching from when she was a few months old.

“Originally, as the title suggests, it was just for me to talk about birds,” she says.

But her blog took off and by the time the Sundarbans oil spill happened, she had a large following.

“It suddenly occurred to me that I had this platform and I could talk about this issue, even if no one else was.”

Her blog posts on the issue, as well as articles she wrote for publications like the American Birding Association, helped raise more than $30,000 for the clean-up effort.

“That was the first time, as a child, I realised I could make a difference,” Dr Craig says.

The latest report from the Intergovernmental Panel on Climate Change (IPCC), released in April 2022, says global greenhouse gas emissions must peak before 2025 to limit global warming to 1.5 degrees Celsius.

Following the report’s release, UN Secretary-General Antonio Guterres spoke of the “unliveable world” of our future if the IPCC targets were not met.

The 25 year-old Ugandan activist Vanessa Nakate has already seen glimpses of what this future looks like.

She says many Africans are already suffering the “devastating impacts” of climate change.

But in Ms Nakate’s fight for climate justice, one of her biggest challenges has been trying to be heard.

“While the African continent is on the front lines of the climate crisis, it is not on the front pages of the world’s newspapers,” she says.

“Those who are being impacted the most are those who are least listened to, or who will find themselves removed from certain rooms or certain conversations — or certain pictures.”

She speaks from experience. In early 2020, she was cropped from an image of several young European climate activists including Great Thunberg, who had all attended a climate conference in Davos, Switzerland.

“My name and my message were also not included in the article,” she says.

Listen to the podcast

“It felt like a complete erasure of my existence at the press conference, but above all the erasure of my message and my experience when it comes to the climate crisis,” she says.

Ms Nakate says she’s not the only one being left out of important conversations.

She says, for example, several African climate activists were unable to attend the 2021 UN Climate Change Conference (COP26) held in Glasgow because they could not access the COVID-19 vaccine. This was despite the British government offering to inoculate conference delegates.

An entire ecosystem can disappear

Ms Nakate says the West is also largely blind to environmental issues in Africa such as the deforestation of the Congo rainforest, the second largest rainforest in the world and the largest in Africa.

During her Save Congo Rainforest campaign, she was struck by how many people didn’t even know it existed.

The implications of that are inconceivable, she says. “It’s possible for an entire ecosystem to disappear without the whole world knowing it.”

Over 75 million people depend on the existence of the Congo rainforest, Ms Nakate says.

In fact, it is even more than that.

According to the UN, the Congo basin is one of the last regions in the world to absorb more carbon than it emits, meaning its preservation is critical to slowing climate change.

For Ms Nakate, the injustice cuts deep, especially given how little African countries contribute to global emissions, which she says is less than four per cent.

Dr Craig is also acutely aware of the inequities. She says the domination of white European voices within the youth climate movement is a massive issue.

In response, she spent much of her time during the UK lockdown speaking to Indigenous climate activists and people of colour, including Vanessa Nakate, for her book We Have a Dream, which was published in late 2021. She hoped it would amplify and uplift the voices of people that often go unheard.

Melbourne-based climate activist and student Anjali Sharma had spent countless climate rallies behind a megaphone before her voice was heard on Australia’s biggest stage.

In 2020, when she was 16, she was the lead litigant in the successful class action against the federal government and then-environment minister Sussan Ley. In a landmark ruling, the court found the government had a duty of care to protect young Australians from climate change.

Although the decision was overturned on appeal, Ms Sharma says it wasn’t all for nothing.

“The appeal decision is just as devastating as it was on day one, but I’ve realised we’ve come so far.

“We made the Federal Court of Australia accept climate science unequivocally and realise that climate change is becoming an ever-relevant and ever-growing problem that’s going to impact young people for many years to come,” she says.

“And the fact that they were willing to take eight children back to court, that speaks volumes.”

‘How much they give’

Although they’ve fought hard to be heard, these young activists have found that being the public face of the fight for climate justice has come at a terrible cost.

Ms Sharma says, since coming into the spotlight two years ago, she’s experienced a torrent of online abuse. Although she has a support team who helps regulate the comments section of social media posts, she says sometimes it’s hard to block out.

“It’s really hard to ignore the 60 message requests you get after an interview with death threats and rape threats,” she says.

Ms Nakate and Dr Craig have also been attacked online.

Ms Nakate says when she first started posting to social media about her climate strikes, people accused her of being a prostitute and seeking male attention using climate activism as a cover.

She says her biggest worry was that other young African women would see the comments and decide not to join the fight.

Dr Craig says the abuse highlights why it’s so important to recognise the work women do.

“One of the most important things is going to be continuing to highlight the emotional labour of women and how much they give.”

People must be ‘heart’ of climate action

Date:
May 26, 2022
Source:
University of Exeter
Summary:
Tackling the climate crisis can only be achieved by ‘placing people at the heart of climate action’, researchers say.

Tackling the climate crisis can only be achieved by “placing people at the heart of climate action,” researchers say.

The research team, led by the University of Exeter, warn against relying solely on breakthroughs in climate science and technology.

Instead, they say social science can help engage people and societies, and ensure a green transition that is both effective and promotes other goals such as wellbeing, equity and fairness.

The paper is the first to be published by the new Advancing Capacity for Climate and Environment Social Science (ACCESS) programme.

“If people are at the heart of climate action, then understanding and tackling climate change cannot be done by engineers or natural scientists alone.

“All disciplines need to work together — not least a range of social sciences including political science, sociology, geography and psychology — to find solutions in ways that achieve wider societal goals.”

Professor Devine-Wright, of Exeter’s Department of Geography and the Global Systems Institute, was a Lead Author on the recent report from Intergovernmental Panel on Climate Change (IPCC) Working Group III.

This was part of the IPCC’s sixth assessment cycle and — for the first time — the latest report included a dedicated chapter on demand and social aspects of mitigation, and a cross-chapter analysis on equity and sustainable development.

Professor Devine-Wright said this progress should now continue, with the aim of developing more visible, responsive and interdisciplinary social science that engages with people and is valued in its diversity by decision-makers from government, industry, civil society and law.

The paper concludes: “Given that all climate solutions will involve people in one way or another, the social sciences have a vital role to play.”

ACCESS is a new five-year project funded by the Economic and Social Research Council that aims to provide leadership on the social science contribution to tackling and solving a range of environmental problems. It will build leadership capacity in a new cohort of early career researchers and collaborate with stakeholders to ensure social science evidence informs decision-making.

Materials provided by University of Exeter. Note: Content may be edited for style and length.