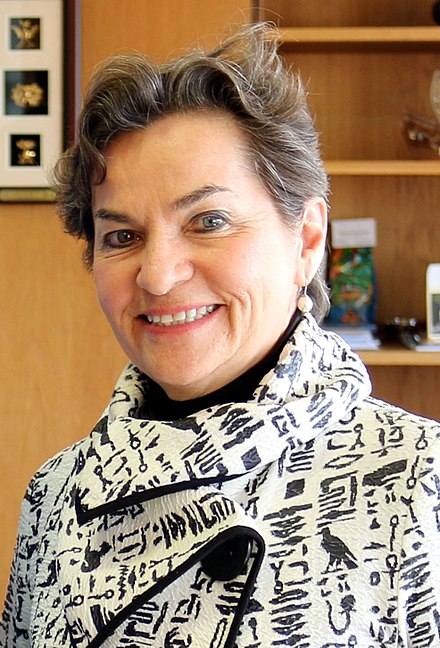 Christiana Figueres was the executive secretary of the UN Framework Convention on Climate Change (2010 to 2016) and oversaw the delivery of the Paris Agreement. She is the co-founder of Global Optimism and the co-author of The Future We Choose.

There’s no gentle way to say this. Australia’s climate ambition has for years been well at the back of the pack globally. Since the unfortunate repeal of Australia’s last significant climate policy back in 2014, Australia’s decarbonisation efforts have languished, and its emissions reduction targets are broadly consistent with about 3 degrees of catastrophic global warming.

Australians are among the biggest per capita emitters in the world. Add to that Australia’s position as one of the world’s biggest exporters of high-polluting coal and gas, and you have a picture of a nature-blessed country that has not yet embraced its climate leadership potential. Australia is sleep-walking towards devastating bushfires, floods and coral bleaching events that will become more frequent and dangerous than those over the last two years.

The Great Barrier Reef Marine Park Authority completed aerial surveys across 750 reefs in the GBR and found that the bleaching was significantly consistent with heat stress.

Australia, your country needs a genuine and all-encompassing climate action plan that covers every sector and every community. It can be bold and exciting. It can be innovative and entrepreneurial. And it can embody a heartfelt and economically smart commitment to a safer climate future for the next generation.

It means moving the country away from dependence on imported and expensive fossil fuels, in favour of electrified transport. It means powering manufacturing and creating new jobs with cheap and reliable renewable energy. It means facing up to reducing methane emissions that come from liquefied natural gas (LNG) processing and agriculture. And it means holding big business accountable for their emissions and their targets, doing away with greenwashing and the use of bought carbon offsets to shirk responsibility for reducing pollution.

That’s why this election is so significant for Australia, and the planet. Whichever party wins Australia will face a fork in the road, and a closing window to embrace the opportunities and avoided harm that will flow from genuine climate action.

Australians going to the polls must ask themselves: do I vote for an end to the climate wars that have labelled my country a laggard over the last decade? Do I heed nature’s warnings, and sign up for a cleaner, greener future with more sustainable jobs and thriving new industries?

Australians going to the polls must ask themselves: do I vote for an end to the climate wars that have labelled my country a laggard over the last decade?

At the most recent global climate talks in Glasgow late last year, Australia was among a small handful of powerful countries that refused to deepen its climate targets, instead sticking with a lacklustre commitment first engineered by former prime minister Tony Abbott way back in 2014.

This is a position viewed internationally as not only out of touch but irresponsible, inexplicably tied up in a decade of self-serving political bickering that ignores Australia’s opportunity in the transition to a safer climate future. For example, using its world-leading wind and solar resources to rapidly decarbonise the grid and sell green energy to hungry markets in Asia. Using its deposits of rare earth minerals to make the batteries that firm up renewables and power electric cars. And driving faster uptake of green hydrogen technology that can decarbonise emissions-intensive steel-making, adding value to iron ore exports currently loaded onto ships as mere rock.

Australia has been pushed to the margins of climate diplomacy, alongside Russia and Saudi Arabia, as it seemingly doubles down on the coal and gas that most of the world wants to leave behind. As the UN Secretary-General has made clear, addiction to fossil fuels amounts a mutually assured destruction.

To outside observers, Australia has been a paradox. It is a country seen as resistant to taking climate action, but one that is simultaneously incredibly vulnerable to escalating natural disasters. It is well poised to take advantage of the renewables’ revolution with its incredible solar and wind power potential, but sends billions of dollars to the dinosaurs of energy, fossil fuel companies. Government administrations have repeatedly stalled on climate action, while the Australian people overwhelmingly support environmental responsibility.

For too long reducing emissions has been framed in Australia as a cost. Delaying action to reduce emissions has merely kicked the can down the road and made the necessary transition to clean energy more expensive. For example, 30 per cent of Australia’s current coal power is now offline due to operational faults, true testament that it is a power source whose expiration date has come and gone.

Foresight and prevention is always more effective and cheaper than expensive disaster recovery and cure. We still have time, but precious little of it