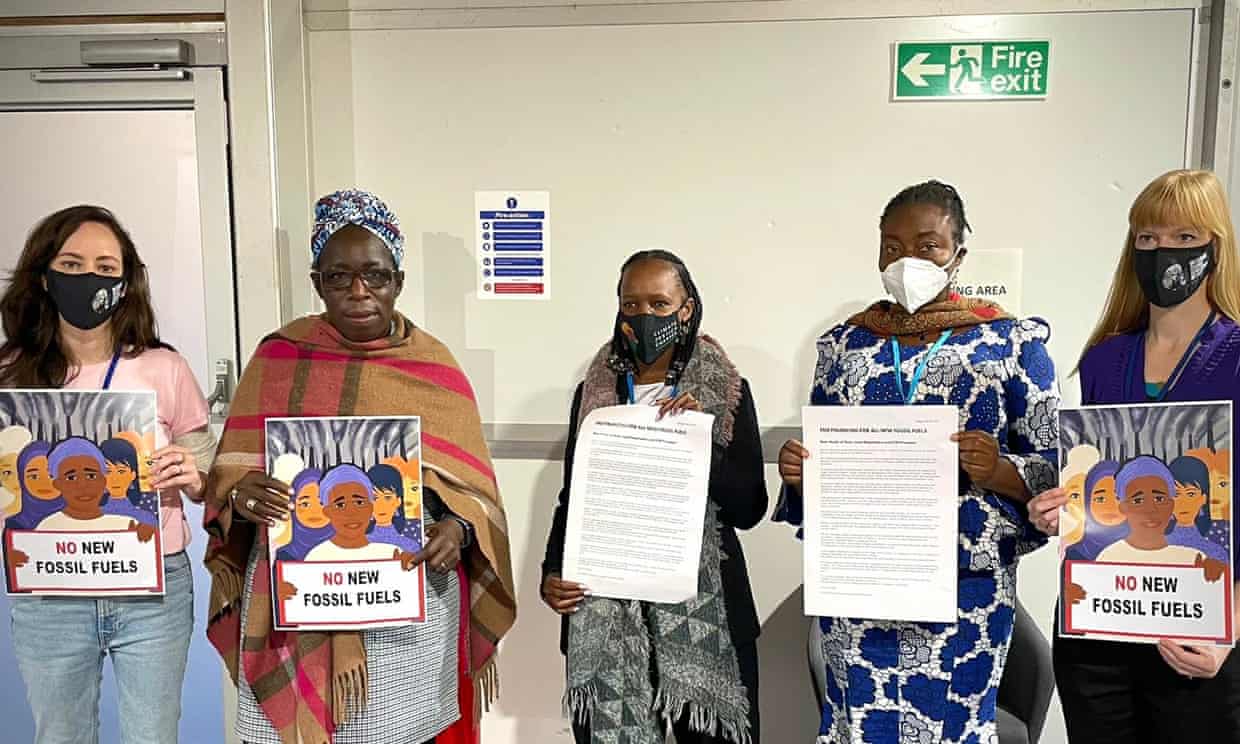 A delegation of mothers at Cop26 last year, led by Rosamund Adoo-Kissi-Debrah (second from left), whose daughter Ella Kissi-Debrah died in 2013 after a severe asthma attack. Photograph: Handout

“Equity is not an issue for us. We’re here to save the world.”

From 1986 to 1990, I worked in an inner London borough as an environmental policy adviser. I worked on raising awareness of local environmental issues, paying special attention to those affecting the borough’s lower-income residents. There were very few jobs such as this in local government, and I was the only Black person employed in one.

Unlike the US, in Britain there was no policy discourse or social movement tackling environmental or climate justice at that time. Yet it was obvious to me through my work, and to a growing number of other activists of colour, that the poorest residents in urban Britain, many of whom were Black and Brown, lived in the most deprived areas in terms of proximity to large polluting roads, poor or unaffordable housing stock, social exclusion, lack of educational and economic opportunity, disinvestment and lack of green and play spaces.

But these issues were being (actively) ignored by (white) environmental activists, who were focusing instead on their stock-in-trade issues: biodiversity, conservation and climate change (not climate justice). Further reinforcing the exclusivity of white environmental activist agendas, those employed in the environmental and emerging sustainability policy arenas were almost entirely white.

In response to this exclusion, a group of activists of colour, including Ingrid Pollard, Judy Ling Wong, Roland de la Mothe, Vijay Krishnarayan, Swantee Toocaram and I founded the Black Environment Network (BEN) in 1988 to increase activism, reframe environmental and sustainability agendas and get more people of colour into environmental jobs.

We had read the landmark report Toxic Wastes and Race in the United States(United Church of Christ, Commission for Racial Justice 1987) which had contributed significantly to the development of public awareness in the US of “environmental racism”: the intentional and disproportionate loading of environmental “bads” such as pollution and toxic waste on communities of colour, and the lack of access to environmental “goods”, such as parks and open spaces. The cry for a “justice” framing of environmental and sustainability issues was growing louder in the US, culminating in President Bill Clinton’s 1994 executive order called Federal Actions to Address Environmental Justice in Minority Populations and Low-Income Populations.

At BEN, our evidence was largely anecdotal and remained so until Friends of the Earth’s groundbreaking 1999 report, Pollution Injustice: The Geographic Relation Between Household Income and Polluting Factories, that showed that low-income areas in Britain suffered most from industrial pollution. Race, however, was not factored into Friends of the Earth’s report, unlike Toxic Wastes and Race in the US. We argued that in Britain, like the US, income is a pretty good proxy for race.

With this, and BEN’s work on “rural racism”, we had the beginnings of a British environmental justice agenda.

On a personal level, the justice frame gave me my mantra, which, with every passing year, I’m more convinced is true: “The social justice perspective must be included in green campaign agendas because, short of coercive measures, true environmental wellbeing will only exist when there is human wellbeing.”

Not everyone understood the need for this linkage at that time. While researching a TV programme in the early 1990s, I asked a staff member of a large international environmental organisation if she felt her employees reflected multicultural Britain.

She replied calmly: “Equity is not an issue for us. We’re here to save the world.” While the concept of intersectionality was new at the time, the deep rupture between environmental activism on the one hand and the need for an equity framing on the other was widespread among activists and policymakers.

Not only was this a major factor in keeping people of colour out of both the environmental movement and environmental jobs, but it also kept the “green” agenda away from tackling “social” issues such as poverty, racism, equity and justice.

However, in recent years research has shown that the issue of environmental quality is inextricably linked to that of equity and human equality at all geographic scales. Wherever in the world environmental despoliation and degradation is happening, it is almost always linked to questions of social justice, human rights, racism, equity and people’s quality of life in its widest sense.

From recent floods in Pakistan to excessive heat in formerly redlined US neighbourhoods, from pollution-related deaths such as Ella Kissi-Debrahwho lived within 30 metres of London’s South Circular Road, to the toxic plight of the copper pickers at Agbogbloshie, the world’s largest e-waste dump in Accra, Ghana, the poorest are bearing the brunt of environmental “bads”, and in the case of climate “bads”, they are the least responsible for carbon production.

Today, the situation among activists and policymakers is very different from the 1980s and 1990s. I would argue that it is the justice framing, which was initially called for by activists of colour, that has had the most impact on environmental and sustainability agendas worldwide. We now have the discourses of environmental justice, food justice and climate justice, white supremacy, decolonisation and oppression permeating mainstream environmental and sustainability agendas, activism and policy.

We also have Kate Raworth’s equity-focused Doughnut Economics, the justice-focused Greenhouse Development Rights framework developed and modelled by the Stockholm Environment Institute, the UN Sustainable Development goals which more fully reflect poverty and inequality, racism, Indigenous and women’s rights, and we have Fridays for Future “strikes” in around 450 places worldwide, demanding that rich countries pay reparations for “loss and damage” due to global heating and climate-related disasters.

We’ve come a long way, but there’s still a long way to go.