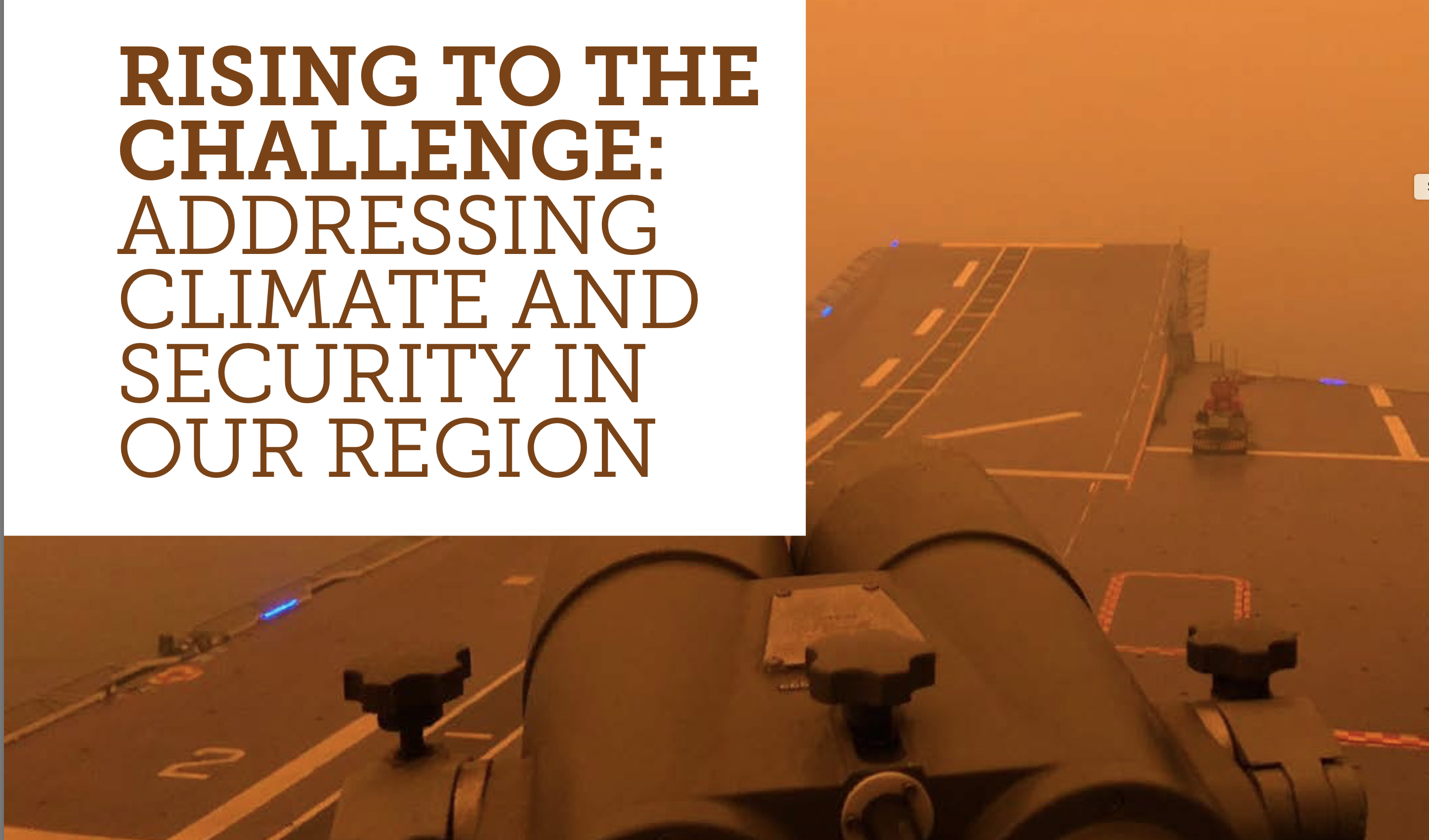 Climate change increases the risk of conflict and Australia will not find lasting national security without adequately addressing it.

› Australia is spending public money in ways that exacerbate climate change, including handing out billions of dollars in fossil fuel subsides.

› Australia failed to use COVID-19 to invest in a renewables-led recovery, spending less than two percent of its economic stimulus money on climate solutions. By comparison, Canada spent 74.5 percent and the UK spent more than 20 percent.

Australia has fallen well behind the US, UK, Japan, New Zealand and other peers in analysis of climate and security risks.

Australia must act rapidly and decisively on climate change in order to maintain the collective security of our region.

› To address the root cause of climate-fuelled insecurity, the science is clear that Australia should reduce its emissions by 75% (below 2005 levels) by 2030 and achieve net zero by 2035.

As a first step, Australia must at least match the updated commitments from our key allies, and pledge before Glasgow to at least half our emissions (below 2005 levels) by 2030.

› Australiacanhelpacceleratedecarbonisation in our region by shifting from fossil fuel exports to clean exports and making smart use of development assistance.

› As part of the 2022-23 Federal Budget papers, the federal government should publish a statement on how the budget as a whole addresses the climate security challenge.

› The Federal Government should urgently complete an Integrated Climate and Security Risk Assessment.