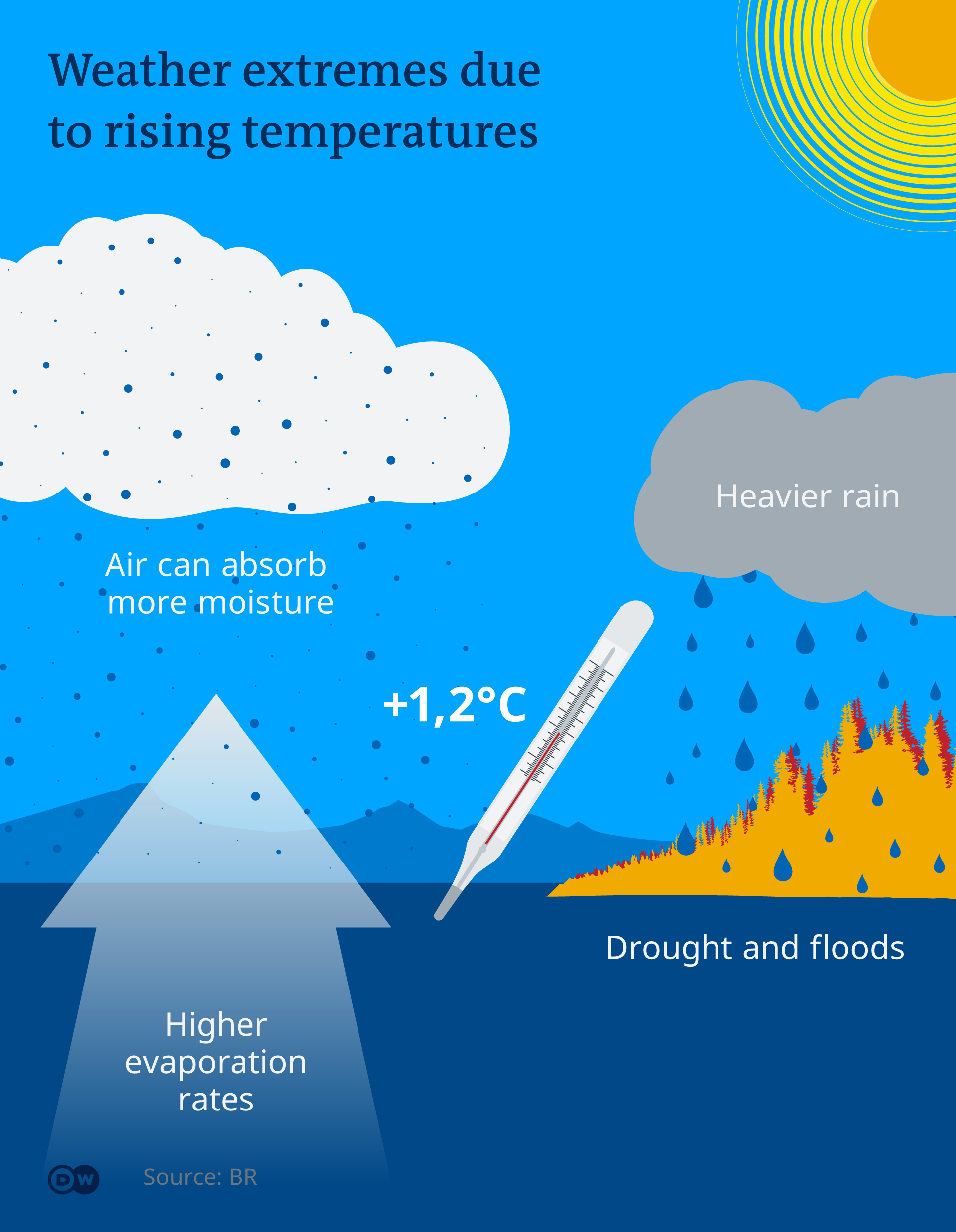 Record-breaking rain on the east coast of Australia over the past week has caused severe flooding that has claimed eight lives and damaged thousands of properties. The same region was hit by devastating floods last year and wildfires the year before, suggesting that predictions of more extreme weather due to climate change are coming true.

The city of Brisbane in Queensland is one of the worst-affected areas, having been pounded by a record 790 millimetres of rain in the week up to 28 February. In comparison, London records 690 millimetres in an average year.

About 18,000 homes in Brisbane and surrounding areas have been flooded and more than 50,000 are without power.

Queensland Fire and Emergency Services said on 27 February it was receiving 100 requests for help every hour. An emergency services officer whose vehicle was swept away on the way to rescue a trapped family was among those who have lost their lives. Many others are missing.

The deluge is now edging south into northern New South Wales. The city of Lismore is experiencing its worst flooding ever after its river rose to 14.4 metres on 28 February, 2 metres higher than its previous record from 1954.

Videos from Lismore posted on social media show homes and shops underwater and people waiting to be rescued from their roofs.

The intense rainfall is due to a very slow-moving low-pressure system dragging moist air from the Coral Sea onto the east coast, says Nina Ridder at the University of New South Wales in Sydney. “Because it’s so slow-moving – it’s basically stationary – it’s dumping all the water that it has on the same area,” she says.

The east coast was already experiencing more rainfall than usual due to La Niña, a weather cycle that brings wetter conditions every few years, says Ridder. “And now on top of that there’s the additional moisture from the Coral Sea,” she says.

“We know that because of climate change, we’re seeing more rainfall come in the form of intense and heavy downpours,” says Simon Bradshaw at the Climate Council of Australia, an independent advocacy organisation.

The year before that, the east coast suffered its worst wildfires on record.

These extreme events are in line with predictions made in a report commissioned by the Australian government 14 years ago. It said that climate change would result in “longer dry spells broken by heavier rainfall events” in Australia, meaning more wildfires and floods.

However, Australia has done little to address these threats and sits close to last in global rankings of climate change action.

“The last few years really have brought home the brute reality of climate change in Australia,” says Bradshaw. “The threats are no longer in the future – they’re unfolding right here, right now with very serious consequences.”

Below text: from NSW government AdaptNSW

Causes of storms and floods in NSW

Storms and floods are influenced by different factors across NSW.

East coast lows are when an intense low-pressure system develops off Australia’s east coast. These are the main cause of severe storms in the coastal areas of NSW and often causes gale-force winds, heavy rainfall and dangerous surf conditions.

East coast lows usually occur around 10 times each year and are more common during autumn and winter. They can grow rapidly overnight, making them one of the more dangerous weather systems in NSW.

East coast lows also provide important rainfall to fill catchments and water reservoirs across the NSW coast and nearby ranges.

Natural climate processes can cause serious flooding across NSW. Roughly every 3 to 7 years, the El Niño Southern Oscillation (ENSO) goes through its cycle, transporting moist air from the Pacific Ocean over parts of NSW. Some years, ENSO will bring above-average rainfall to NSW, causing widespread flooding. Some years it will bring much less.

The impact of storms and floods in NSW

Storms and floods are a natural part of the NSW climate. They bring valuable rainfall and water to parts of the state, yet they can have severe impacts on people, businesses and environments.

On average, flooding is estimated to cost the NSW economy around $250 million per year. Storms and floods cause damage to property and infrastructure such as roads and services. They also affect the health and wellbeing of NSW communities by causing emotional distress, injury and loss of life.

The heavy rainfall and dangerous surf conditions associated with east coast lows can cause erosion of beaches and important coastal habitats. This erosion also affects houses, infrastructure and services.

How storms and floods are affected by climate change in NSW

Long-term climate change is causing the NSW to warm. The average temperature in NSW has been increasing since 1910. This is increasing the likelihood of extreme weather events such as heavy rainfall and storm surges near the coast.

Increased temperatures are likely to increase the risk of thunderstorms across NSW in the warmer months.

Storms caused by east coast lows vary from year to year, and decade to decade. This makes it difficult to predict when they will occur, how severe they will be, and how they might be affected by climate change.

Other impacts of climate change, such as sea level rise, will make coastal storms and floods even more damaging, as erosion and flooding will occur further up the shoreline.

Climate change projections also show that tropical cyclones are likely to occur further south and be more damaging. This will bring more severe storms and rainfall events to many areas of northern NSW.

These climate changes and impacts are projected to keep increasing in the future.

Adapting to storms and floods in NSW

To adapt to storms and floods in NSW, we need to understand them and the risks they present to our communities both now and into the future.

Local councils (with assistance from the NSW Government) are responsible for the management of flood risks in their service area.

Flood studies that have been completed for different LGAs in NSW can be found through the NSW Government Flood Data Portal.

The NSW Government provides information and support for local councils to manage flood risk before, during and after floods, by:

Research on east coast lows and flash flooding is gathering information on their historical impacts. This local data is important for NSW to plan for future events, as larger-scale climate models cannot provide detailed future projections at this regional scale.