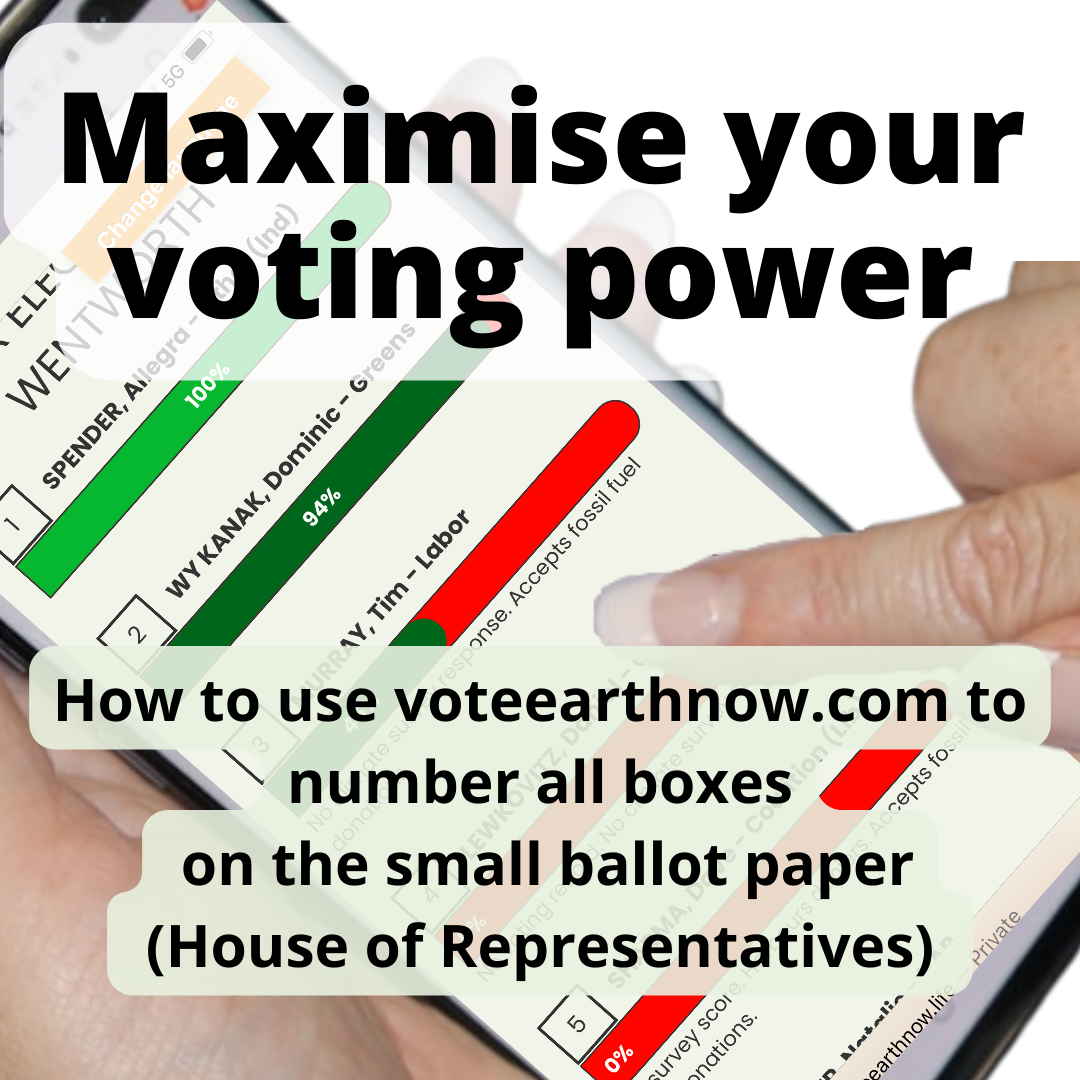 In the next month when everyone will become a political pundit we think it’s wise to bring some science into how we all actually vote.

By measuring how politicians have previously voted on climate change we have our best predictor of how they will vote in the future.

Where candidates have no track record we can refer to we have measured their commitment to potential climate legislation (with a survey). 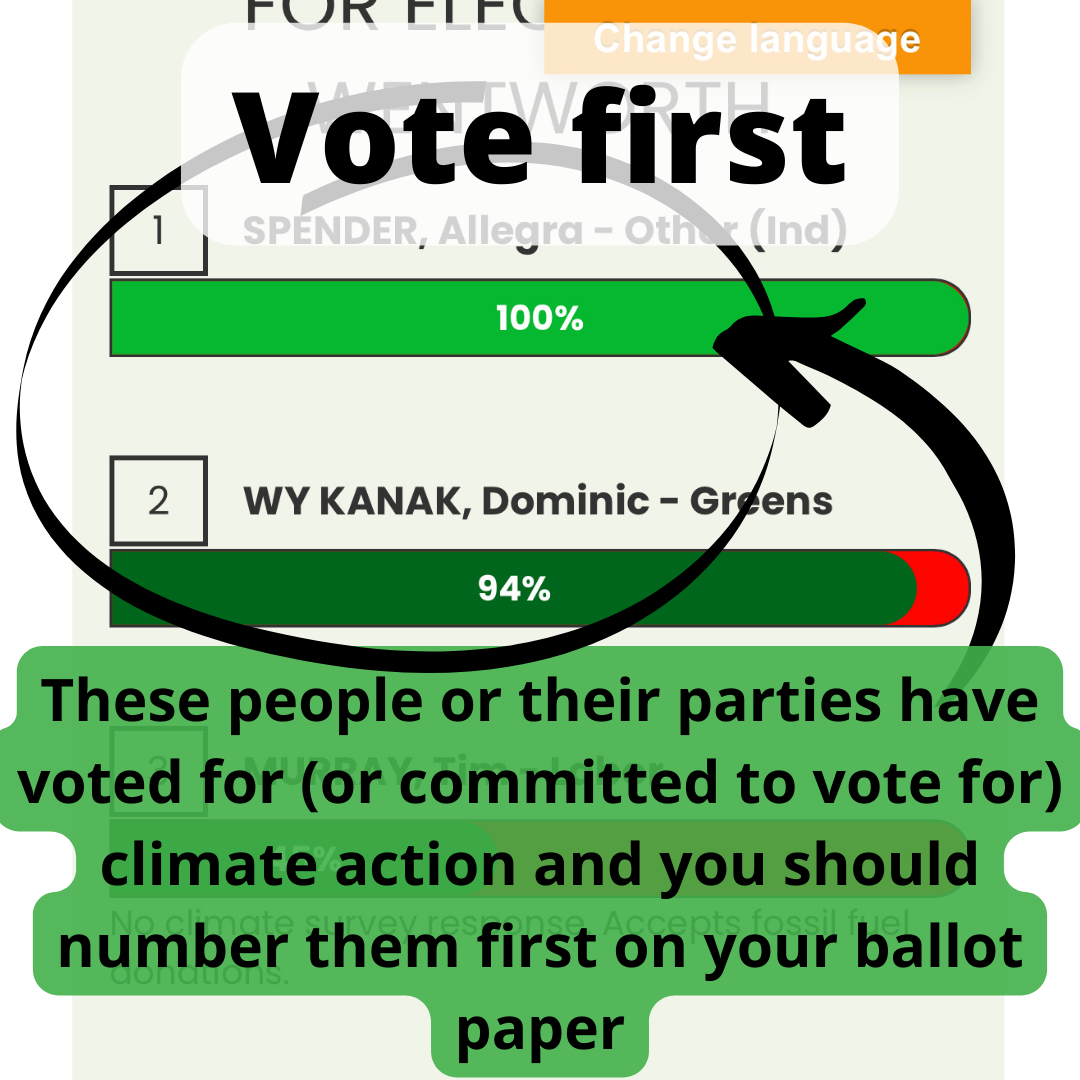 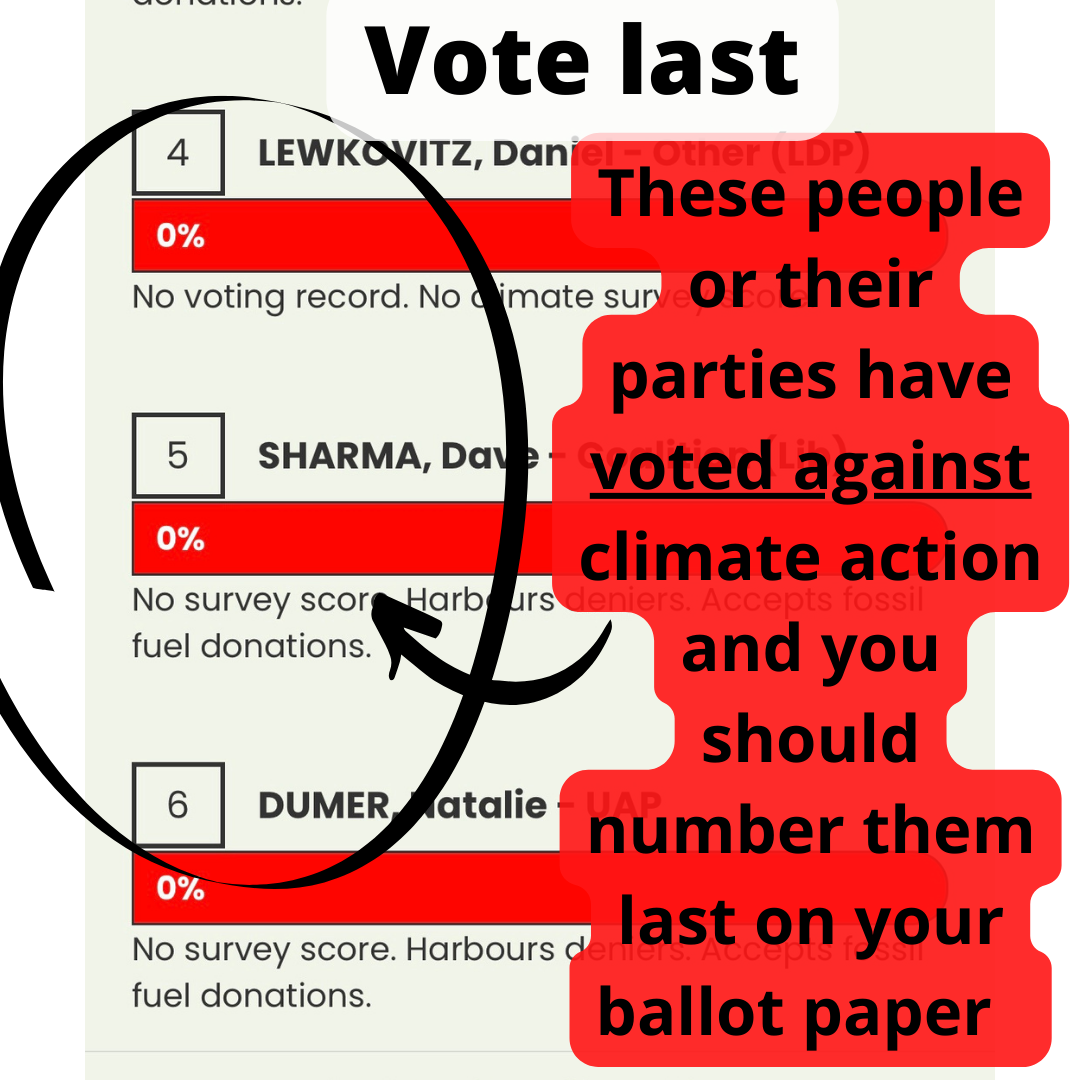 By looking at how the voting system works and at previous political situations (i.e hung parliaments and minority governments) we have a good indicator of how to make your vote count for climate.

How do we know who these small parties or independents will join (to give a winning number of seats) in the event of a ‘hung’* parliament?

We don’t. This is why the 3rd part of your vote is so important. If those parties that FAILED TO ACT  have a large ‘swing’ against them it will hopefully be impossible for them to get a majority even with the help of those small parties/independents. What’s more it would be seen as a betrayal by these new MPs of their platform and their electorate’s mandate of climate action.

How do we know these small parties or independents will vote to support climate action legislation in the event of the subsequent ‘minority’ government?

We don’t. This is why we have rated them on past action and their climate commitment survey response. This is also why the 3rd part of your vote is so important once again. If those parties that FAILED TO ACT have a large ‘swing’ against them they should hopefully have insufficient numbers to prevent pro-climate legislation going through. Finally we will be relying on the minor parties and independents to force the major party in power to proceed with ambitious climate legislation ASAP in the new government. They will owe their power to those minors and independents and it will be their chance to ‘pay them back’ (not to mention reward those voters who supported them in spite of their previous ‘hot and cold’ record on pro-climate legislation).

*what is a hung parliament?

Australian parliaments are modelled on the Westminster system, with a hung parliament typically defined as a lack of a lower house parliamentary majority from either the Australian Labor Party or Liberal/National Coalition.

After a general election the party that holds a majority of the 151 seats in the House of Representatives normally forms government. By convention the Governor-General commissions the person who holds the confidence of the House as Prime Minister to lead the government. Normally there is no problem in identifying this person as he or she is the leader of the political party which holds a majority of seats on the floor of the House.

The 2010 election is remarkable for its close result, with neither of the major parties reaching the required 76 seats in the House to form government. This is known as a hung parliament. The Australian Constitution does not specifically deal with the situation of a hung parliament. According to constitutional experts, hung parliaments are resolved by a set of unwritten rules or conventions inherited from the United Kingdom.

Following the 2010 election, three of the non-aligned independents together with the Australian Greens member decided to support a Labor minority Government, agreeing to ensure supply and to oppose no-confidence motions initiated by others. This provided the Labor Government with majority support in the House of Representatives. Progressive climate legislation was passed and Australia’s emissions rapidly started to decrease.