This section of the report compares current and future portfolio greenhouse gas emissions by using the IEA’s carbon budget scenarios for decarbonisation out to the year 2050.

The SDS scenario is aligned to the Paris Agreement, which seeks to limit global warming to well below 2°C, preferably to 1.5°C.

The report identifies challenges in measuring impact investing, but opportunities for companies to improve ESG reporting.

The report covers Altius’ three sustainable cash and fixed-interest funds and is believed to be Australia’s first bond impact report.

According to the report, impact was measured through four criteria:

“This report is showing how we’re trying to uplift that reporting framework,” Moore explained.

Some areas of reporting relied on disclosure of data from holdings, especially around measurement of scope three emissions.

Moore admitted that “availability of data” is a challenge in the industry, but noted that “data is becoming more readily available”.

He added changes to regulations would soon force companies to disclose all relevant data.

Altius also assessed the combined fund according to the declared climate targets of companies. The majority of companies — 78 per cent — within both the Combined Fund and Combined Benchmark were found to have no target or non-ambitious targets.

The holdings include domestic and international banks.

“To transition to a low carbon economy, companies need to commit to alignment with international climate goals and be able to clearly demonstrate future progress. Currently, 21 per cent of the Combined Fund’s portfolio value is committed to such a goal,” the report states.

Moore said the non-ambitious or non-existent targets would be a point of discussion for Altius’ sustainability advisory committee.

“We’ll take this away and think about it and look at strategies [to] engage with companies and… have a conversation around what sort of targets [they have],” he said.

According to the report, climate change and so-called natural capital (renewable and non-renewable resources like plants, animals, air, water, soils and minerals) are a focus for the committee.

Altius is also concerned about corporate misconduct, and has previously divested from Commonwealth Bank of Australia (CBA) and AMP following revelations at the Banking Royal Commission and investor concerns.

But excluded borrowers can return if they address their failings, the report adds — and CBA was welcomed back into the fold after taking action on climate and the environment.

Altius currently has programs to engage with banks and mining companies to encourage more sustainable practices.

Moore explained Australian Unity and Altius would likely roll out similar responsible investment reports for other asset classes, especially around carbon profiling, as the mutual seeks to transition to net zero and take stock of its “broader group environmental approach”.

He said Altius would run an impact report again in 2023 and would “evolve” the reports according to feedback from investors.

“I think for both Altius and Australian Unity, we’d like to see other people join us and help us develop these sorts of reports so people are more informed. That’s really important for us so we can inform our investors and inform the public about what we’re doing, how we’re allocating capital and what… the positive outcomes for our investment are.

“And if there are some negative impacts, we want to really try and address those. I’d love to see other people or other organisations start reporting on this as well”

Danielle is a journalist specialising in disability and CALD issues, and social justice reporting. Reach her on danielle@probonoaustralia.com.au or on Twitter @D_Kutchel. 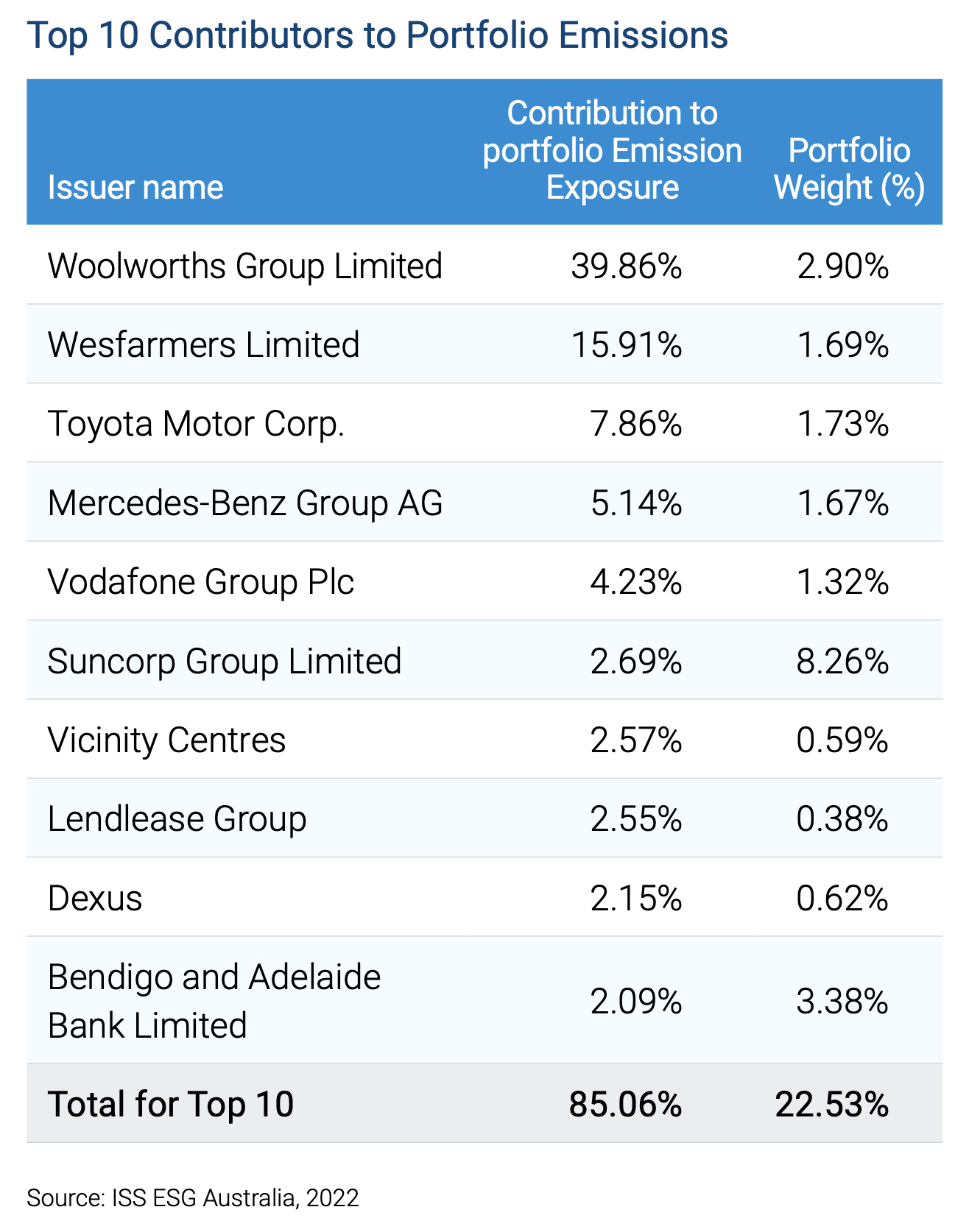 “the table above highlights the top 10 contributors to scope 1 and 2 emissions. This represents 22.5% of total holdings, which contributes 85% of the Fund’s emissions.

The number one contributor to the emissions is Woolworths, which represents 2.9% of the market value of the Combined Fund and contributes 39.9% to the Combined Fund’s emissions. Whilst this seems high, our investments are in the green bonds issued by Woolworths, which are contributing positively to lowering emissions, as they are ‘use of proceeds’ bonds (refer to glossary and case study).

Holdings like Woolworths demonstrate some of the challenges we face when measuring impact, with emission profiles drawn from the parent company, rather than reflecting the emission reduction nature of the projects that are funded by a particular bond. However, despite this, the scope 1 and 2 emissions of the Combined Fund are well below the Combined Benchmark.”