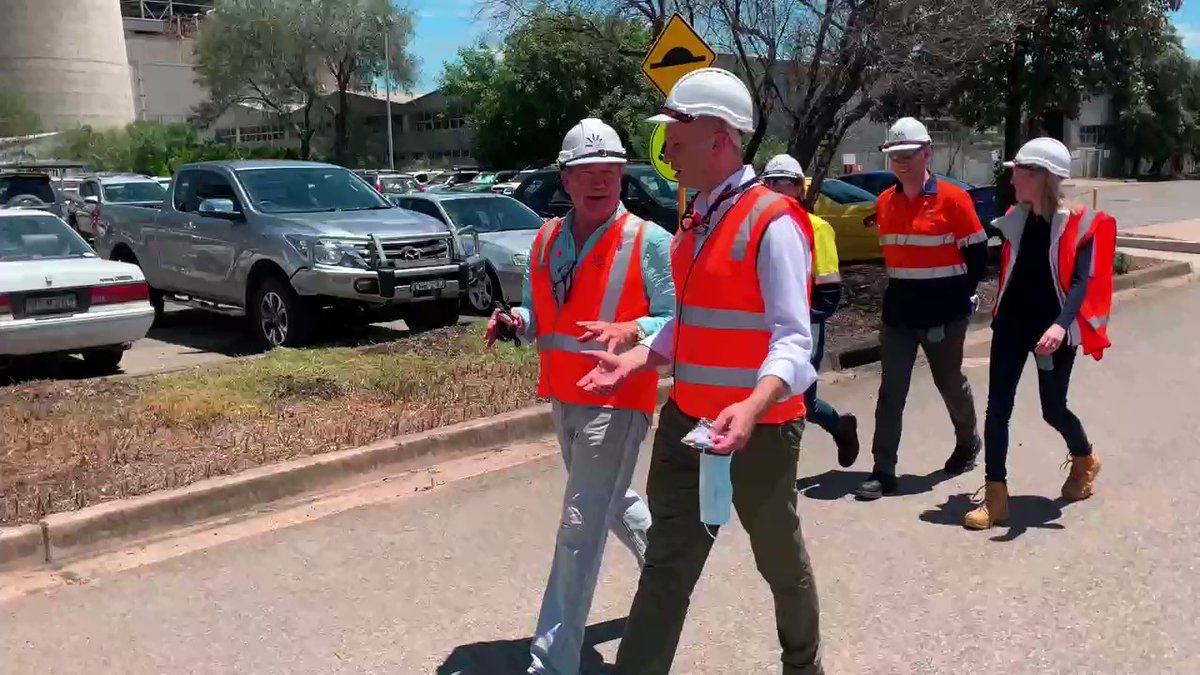 Crikey’s 2021 Politician of the Year shows that, yes, we can have good government

This year’s award goes to a state politician who has demonstrated that good climate policy can be politically effective.

The Keating-era adage “good policy is good politics” is one long honoured in the breach rather than the observance in Australia. The days of smart, reformist politicians using policy bravery as a political selling point are long gone.

What’s changed? A few things. Some bold reforms of yesteryear have delivered far more for large corporations than ordinary voters, rightly prompting scepticism from the electorate. Some of the losers from neoliberal policies — usually white, working-class men — didn’t take their loss of economic and social privilege lying down and drifted to more extreme politicians.

And the media environment is very different. If the current News Corp had been around in the 1980s, it would have led the charge against Hawke and Keating and their “elitist anti-worker economic reforms” in order to return the Coalition to power.

Nowhere has that change been more clearly demonstrated than on climate policy, where a straightforward market-based solution to the problem of CO2 emitters imposing externalities on society has always been available but, for reasons of political opportunism and the malignant influence of fossil fuel companies, been vehemently opposed by the Coalition, News Corp and much of the business sector.

Crikey’s Politician of the Year has found a way to route around the damage of the climate wars to deliver ambitious reform. NSW’s then-environment minister now Treasurer Matt Kean has been the driving force behind NSW’s strong emissions abatement target of 50% by 2030 — nearly double Scott Morrison’s target — and the massive investment in renewables that is behind it.

And he has achieved it with none of the internal rancour that has marked the Coalition in Canberra for more than a decade. Instead, the NSW Nationals are committed to the target.

With the support of Gladys Berejiklian and Dominic Perrottet, Kean has nailed the crucial feature of climate policy — far from being a trade-off between jobs and the environment, as so many on the right have long framed climate policy, in fact jobs and ambitious climate policy go together, and regional communities are best placed to enjoy the benefits of investing in renewable energy.

While a carbon price would be a more efficient mechanism for delivering emissions reduction, direct government investment and enabling of private investment is the more political effective mechanism for achieving that.

The narrative Kean has been selling is one of more investment, more jobs and higher economic growth, along with a significant reduction in emissions. It’s one that Chris Bowen seized on for federal Labor after he took over the climate portfolio, and one that Morrison has belatedly made some effort to employ as part of his sales pitch for a risible net zero by 2050 target — though the dominant narrative from the federal Coalition continues to be that it will protect fossil fuel jobs at the expense of our future.

Kean has shown that we can have effective, centrist, reforming government in Australia, at a time when the Morrison government is a rudderless, corrupt, stunt-obsessed policy void.

Kean just edges out Western Australian premier Mark McGowan, who nearly got the gong for a different reason.

In the art of politics, complete annihilation of your opponents is an impossible goal, an electoral Cannae that can never be achieved in a democratic electoral system. But McGowan came close to achieving the impossible with a stunning 14% swing that reduced the main opposition party, the Liberals, to just two seats, and handed a majority to Labor in the state’s upper house.

The result terrified Morrison, who promptly abandoned his attempt to demonise Labor premiers for their response to the pandemic. The WA Liberal Party has been a mess since Colin Barnett left, but you can only fight what your enemies put in the field, and McGowan proved the political apex predator of 2021. So long a comfortable home for the Liberals, the west is now hostile territory.

South Australian Senator Rex Patrick has continued an often lonely crusade for transparency and accountability in the Senate, assiduously using freedom of information laws to constantly challenge one of the most secrecy-obsessed governments in memory. His victory over Morrison’s absurd efforts to hide national cabinet records under the guise of being a cabinet subcommittee forced the government into a panicked move to change the law, and his efforts to discover the truth about the now-abandoned Naval Group submarine contract saw the Defence Department actually paying Naval Group’s costs to keep information secret.

Dud of the year

In a toss-up between smirking vacuum Morrison and soon-to-be-ex-politician Christian Porter, the West Australian secures the title of Dud of the Year in which he will assuredly claim to be a comprehensive vindication of himself. It takes real talent to lose a job in the most corrupt government in federal history, but Porter, who once convinced himself he was a future PM, demoted himself first from attorney-general, then to the backbench, then out of politics altogether with a series of truly spectacular misjudgments. The only people who will miss him are the hoteliers of Manuka.