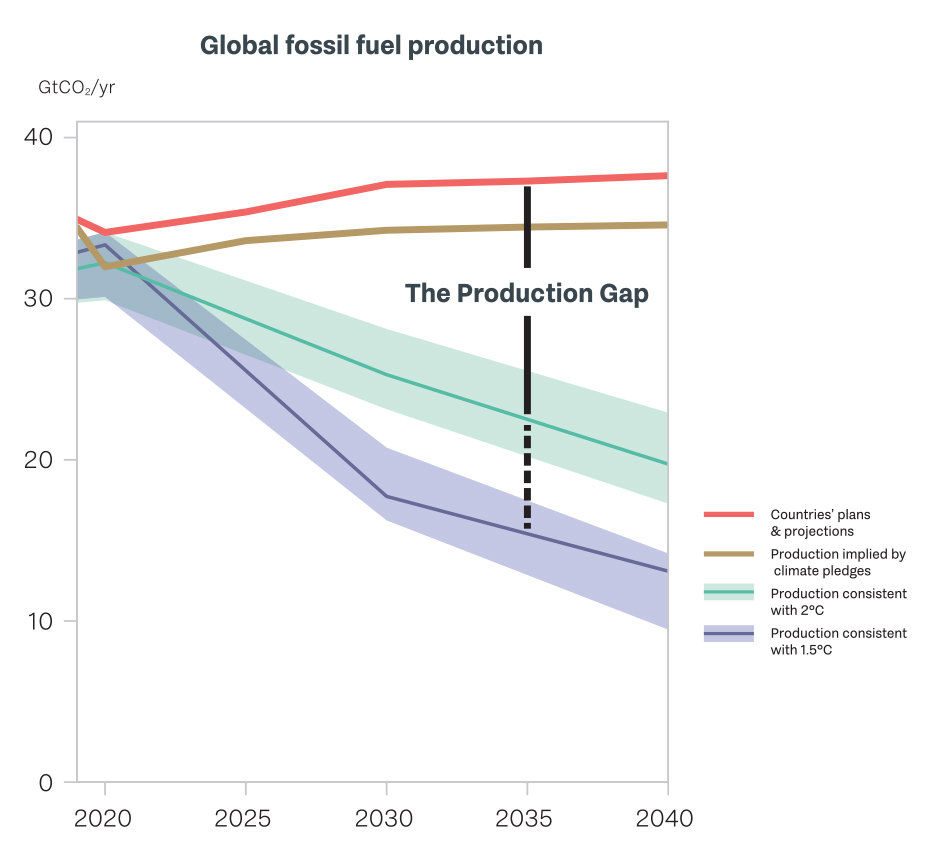 The 2021 Production Gap Report, by leading research institutes and the UN Environment Programme (UNEP), finds that despite increased climate ambitions and net-zero commitments, governments still plan to produce more than double the amount of fossil fuels in 2030 than what would be consistent with limiting global warming to 1.5°C.

Over the next two decades, governments are collectively projecting an increase in global oil and gas production, and only a modest decrease in coal production. Taken together, their plans and projections see global, total fossil fuel production increasing out to at least 2040, creating an ever-widening production gap.

“The devastating impacts of climate change are here for all to see. There is still time to limit long-term warming to 1.5°C, but this window of opportunity is rapidly closing,” says Inger Andersen, Executive Director of UNEP. “At COP26 and beyond, the world’s governments must step up, taking rapid and immediate steps to close the fossil fuel production gap and ensure a just and equitable transition. This is what climate ambition looks like.”

“The research is clear: global coal, oil, and gas production must start declining immediately and steeply to be consistent with limiting long-term warming to 1.5°C,” says Ploy Achakulwisut, a lead author on the report and SEI scientist. “However, governments continue to plan for and support levels of fossil fuel production that are vastly in excess of what we can safely burn.”

The report’s main findings include:

“Fossil-fuel-producing nations must recognize their role and responsibility in closing the production gap and steering us towards a safe climate future,” says Måns Nilsson, executive director at SEI. ”As countries increasingly commit to net-zero emissions by mid-century, they also need to recognize the rapid reduction in fossil fuel production that their climate targets will require.”

The report is produced by the Stockholm Environment Institute (SEI), International Institute for Sustainable Development (IISD), ODI, E3G, and UNEP. More than 80 researchers contributed to the analysis and review, spanning numerous universities, think tanks and other research organizations.