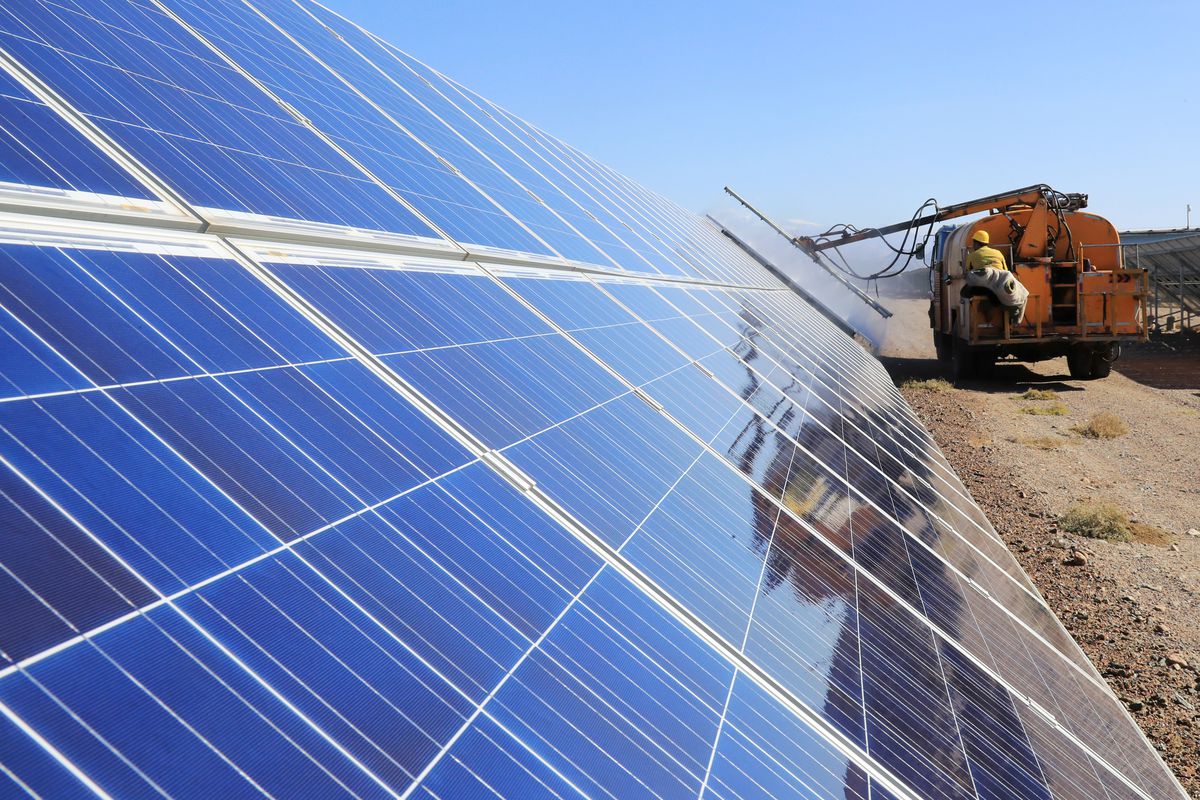 For about half an hour on Friday, the national energy market caught a glimpse of what a renewables-powered future might look like.

Solar energy eclipsed coal as the lead source of power across the energy market, which includes all states and territories except Western Australia and the Northern Territory.

It was not caused by a shortage of coal-fired power, and it happened just outside the sunniest time of the year.

“This is the first time in business-as-usual that we’ve ever seen coal be dethroned as [the] number-one fuel source in the market,” he said.

“Coal has been at times up to 80 or 90 per cent of the amount of energy coming into the market.

“Which means that this is a big event.”

The milestone occurred around lunchtime on Friday, with solar making up roughly 40 per cent of the market share and coal taking up 38 per cent.

At the time, wind was the third-largest source of energy, followed by hydro and gas.

In total, renewables provided 60 per cent of the market’s power.

Energy experts say it is a clear sign of things to come.

Spring is solar’s time to shine

Mr Stabler said these sorts of moments — where coal takes a clear back seat in electricity production — were going to become more common, particularly around this time of year.

He said the perfect conditions were lots of sun and relatively mild temperatures.

“This is just the first of many events like this,” he said.

“Each sort of spring-ish period, what we have is a lot of sun in the sky and not a lot of demand.

“What we will see is more and more events where solar becomes the number-one generator in the market over the September-October period, and in March and April.”

Most of the power was coming from rooftop solar panels, installed on top of homes and businesses, rather than from large-scale solar farms.

Coal still dominates the grid during the evening peak, when solar sources are no longer available.

But Richie Merzian, from progressive think tank the Australia Institute, said that was solvable through a transformation across the energy grid.

Why aren’t Australia’s biggest power providers cashing in on the energy crisis?

Record high energy prices are proving to be no picnic for the country’s biggest power providers. So who is “making out like a bandit”?

“We can make more energy on our rooftops in our communities, we can plug in more large-scale renewables, but we need a grid that can accommodate that,” he said.

“If we have the right settings in place, the renewables will fill that gap — and provide us with cheaper energy.”

Mr Merzian pointed to the federal government’s planned $20 billion investment in the national energy grid as a promising start.

But he said for now, renewables would do more of the heavy lifting during the day.

“We’re seeing renewables continue to fill in these key gaps in the middle of the day,” he said.

“Renewables are at 30 per cent [of total annual generation in the NEM], but they’re going to keep growing dramatically.”