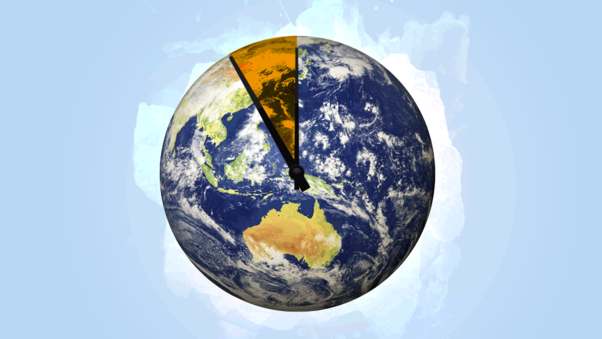 Ross Gittins is the economics editor of the Sydney Morning Herald

The more our politicians are full of bulldust – known euphemistically as “spin” – the more they rely on our short attention span. They make a grand announcement that doesn’t bear close scrutiny, but the media caravan moves on before it’s had time for a closer look. Well, not this time.

I’ve been looking more closely at the Plan to achieve net zero emissions of greenhouse gases by 2050 that Scott Morrison unveiled last week, shortly before jetting off to Glasgow.

It’s full of . . . hyperbole. A masterpiece of the spin doctor’s art. A document carefully crafted to mislead.

For someone claiming to have a Plan to achieve a difficult objective over the next 29 years, it was surprising to see Morrison claiming the Plan contained no new policy measures. By implication, no additional cost to taxpayers.

That’s true – and untrue. We know, for instance, that Morrison had to promise to spend a lot of money just to get the National Party’s permission to commit to achieving net zero by 2050.

So, what policy promises did Morrison make, and how much will they cost? We weren’t told. They weren’t mentioned in the 130-page plan. We’re told we’ll be told sometime before the election.

The Plan says Morrison’s “technology investment roadmap” will “guide” more than $20 billion of government investment in low emissions technology to 2030. So, further spending of $20 billion?

If that’s what you thought, the spin merchants would be pleased. They love giving the impression we can have our cake and eat it. But no, this is not new policy. All the $20 billion has already been announced.

And much of it has already been spent. Much of it by the previous Labor government. A bit over half of it is spending by the Australian Renewable Energy Agency and the Clean Energy Finance Corporation.

These were set up by the ‘evil’ Julia Gillard in 2011, in association with her job-destroying and cost-of-living killing carbon tax. Tony Abbott tried to abolish them along with the tax, but failed.

Now they’re produced as evidence of how much the Morrison government’s doing to promote new emissions-reducing technology.

Have you noticed that now he’s big on reducing emissions, Morrison is quietly rewriting history to remove any trace of that former opposition? Worse, have you noticed Morrison is now taking credit for any progress we’ve made to date?

The Plan claims the government’s $20 billion will “leverage” more than $80 billion from government and the private sector by 2030. (What it doesn’t mention is that Australia’s total spending on research and development has plummeted since the Coalition returned to power in 2013.)

As to whether the Plan commits the government to spending a lot more, note that the modelling showing we can get to net zero by 2050 rests on various assumptions about the success of future new technology in producing clean products at specified low costs.

For instance, clean hydrogen will be produced for under $2 a kilogram. Carbon emissions from fossil fuels will be captured and stored at a cost of less than $20 a tonne.

But these happy assumptions come with an asterisk. The asterisk leads to very fine print saying “subject to offtake agreements”.

Oh yes, what are they? The Plan doesn’t say. But they’re the government agreeing to buy loads of the clean product at a price that allows the real customers to pay a very low price. That is, it’s a massive subsidy.

How much will the government buy? At what price? Morrison couldn’t tell us if he wanted to because these deals are way off in the future – if they ever happen. They’re not a new policy to spend taxpayers’ money, they’re just an assumption the modellers needed to make – that the necessary money would be spent – to achieve their prediction that we’d get to net zero by 2050.

You’ve noticed that the Coalition which, ever since Abbott rolled Malcolm Turnbull as Liberal opposition leader in 2009, has been vigorously opposed to doing anything much to reduce emissions, has now embraced the net zero target.

This is why politicians have spin doctors. “Our Plan will continue the policies and initiatives that we have already put in place and that have proven to be successful, reducing emissions and energy costs,” some spinner wrote.

Next, Morrison’s claim that Australia’s on track to reduce emissions by “up to” 35 per cent by 2030, well above the government’s target of 26 to 28 per cent. Independent analysis commissioned by the Australian Conservation Foundation confirms this is quite believable.

But, apparently, it’s all the Morrison government’s doing. He speaks of “our record of reducing emissions and achieving our targets” and “our strong track record, with emissions already more than 20 per cent lower”. “We have already achieved 20 per cent,” his energy minister says.

But Bill Hare, of Climate Analytics, says the feds are doing little, but claiming credit from the hard work of the states and territories.

It was the NSW and Queensland governments that saved most of the 20 per cent by restricting land clearing. It’s the states that encouraged the record rollout of rooftop solar and large-scale renewables.

NSW, Victoria, the ACT and South Australia have strong electric vehicle policies. Meanwhile, Morrison & Co have been encouraging gas production with new subsidies – which, of course, won’t be paid for by increasing your taxes.

Spin is claiming credit for any good thing, but blaming others for anything bad. You’ve heard that the Plan “will not cost jobs, not in farming, mining or gas”.

But the actual promise says that “not one job will be lost as a result of the government’s actions or policies under the Plan”.

Get it? Jobs will be lost, but we’ve set it up so no one will be able to blame us.

Ross Gittins is the economics editor of the Sydney Morning Herald.