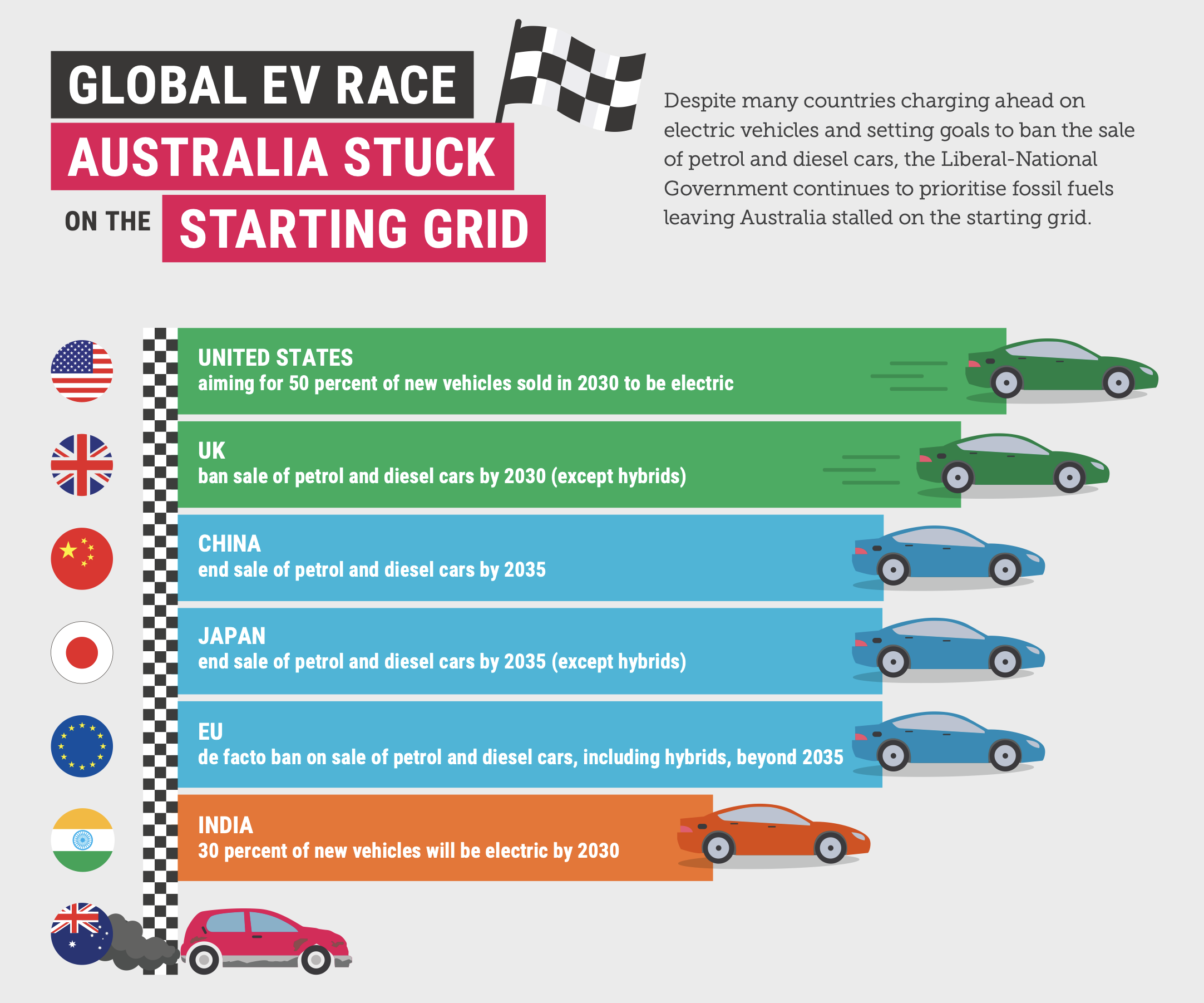 The mobility that cars have brought us over the past hundred years has been a wonderful thing, but the carbon dioxide and pollution that come out of their back ends, not so much. Political parties are split between those wanting everyone in electric vehicles, preferably yesterday, and those worrying that pushing drivers into electric vehicles is a recipe for more expensive cars, charging anxiety, and – worst of all – tradies losing their utes.

It may sound too good to be true, but there’s a proven way to reduce carbon emissions and unhealthy pollutants, without dictating to anybody what car they can drive. Australia should adopt an emissions standard, or ceiling, for new light vehicles, applied across the offering of each manufacturer, just like 80 per cent of the rest of the world does. The ceiling should be gradually lowered to zero emissions by 2035. We’d get a better range of low-emissions cars to choose from – even more so if we also insisted on cleaner petrol for cars with internal combustion engines. These policies wouldn’t solve all the problems cars cause, but they’d certainly help.

As well as emitting less carbon dioxide, drivers would save money, and the cost to taxpayers would be negligible. Before 2035, manufacturers that wanted to sell high-emitting vehicles – such as large, petrol utes – could continue to do so, but would need to offset their above-the-ceiling emissions by selling enough low-emitting vehicles, such as electric vehicles or cleaner petrol or diesel vehicles.

At present electric vehicles cost more to buy than similar-sized petrol and diesel vehicles in Australia. But they cost less to run. Under an emissions ceiling, drivers who bought a zero- or low-emissions car would save at least $900 over the first five years of ownership, through reduced running costs.

Some people argue that fear of not being able to conveniently charge their vehicle, rather than cost price, is the real barrier to Australians switching to electric vehicles. Our analysis shows this fear is overblown. Nearly two-thirds of Australian households with a car also own a detached or semi-detached home, 95 per cent of which have off-street parking. These households will usually find it easy and inexpensive to install electric-vehicle chargers. Remaining households will be able to plug in to the publicly-accessible charging network, which is expanding rapidly.

Switching to cheap-to-run vehicles will be great in one way, but cheaper driving will also mean more driving, and more driving means more accidents, more congestion, and ever-increasing demands for roads and parking. Governments need to stifle this in advance. Australia’s state governments should impose congestion charges in their capital cities, to reduce traffic congestion. Distance-based driving charges, COVID-safe public transport, and traffic-safe cycling would help ensure that we don’t emerge from COVID more car-dependent than we went in.

Australians will continue to drive. What’s important is that we have safe alternatives to driving, and that when we do drive, we use the best technology to do it with as little harm as possible. This report identifies the policies that make that possible.

The Federal Government should improve the quality of Australia’s petrol, so that vehicles here can meet international pollutant standards by mid-2024.

The Government should tighten vehicle pollution standards so they are consistent with current international standards, immediately for diesel vehicles, and by mid-2024 at the latest for petrol vehicles.

The Government should impose a single annual average emissions standard, or ceiling, covering all new light vehicle sales. The ceiling should come into force no later than 2024 and not exceed 143 grams of carbon per kilometre (g/km). It should not exceed 100g/km by 2027 and 25g/km by 2030. Carbon emissions from vehicles under the ceiling should fall to zero by 2035.

To ensure the emissions ceiling works:

Government funding should be limited to investments in publicly- accessible chargers that encourage substantial numbers of people to switch to electric vehicles, and which are not otherwise commercially viable. If governments invest in on-street chargers for local residents, governments should recover the costs from local drivers.

The state and territory governments should by 2022 require landlords and vendors to disclose at the point of lease or sale whether their property has charging infrastructure for electric vehicles.

The National Construction Code should be updated to require that new dwellings with off-street parking be ready for electric vehicles from 2022.

The Federal Government should update the Road Vehicle Standards Act to permit the import of any new and second-hand vehicle that meets safety and environmental standards, including the annual average emissions ceiling.

Australia’s fuel consumption labels should include an estimate of real-world emissions and indicative running costs of the vehicle.