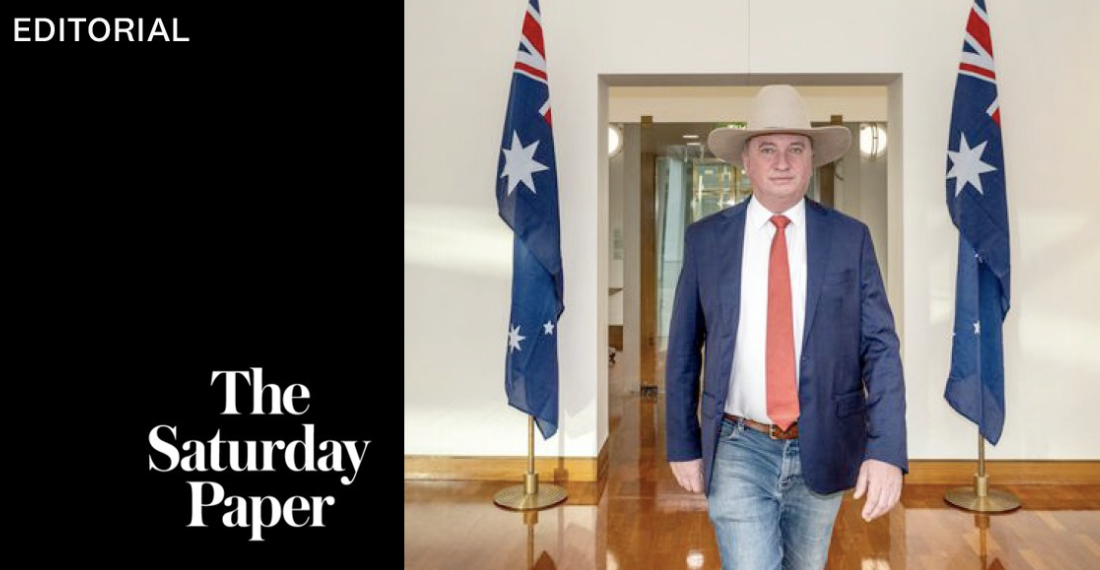 The Nationals have always been a party of opportunists. Now they are a party of last resort. That is how Resources Minister Keith Pitt envisages the slush fund he wants in exchange for agreeing to a net-zero target. The price of action on climate change, he has determined, is a $250 billion loan facility to pay out to the mining sector when no one else will.

This is the party’s last great shakedown before the world moves on and it is forgotten. Tellingly, it is not for farmers. It is not even for their own seats. It is for companies whose product the world no longer wants, whose damage to the environment is so great that even the world’s banks will no longer finance it.

It’s a strange position. The party is holding up action on climate change while it extracts a last concession for an industry largely removed from the constituency it once represented. This willingness to indulge miners has been obvious for some time. The difference now, as the party reaches Last Chance Gulch, is that they are putting a price on it. Here’s what it’s worth, they are saying, to avoid reality.

Earlier this week, the journalist Laura Tingle shared an old Patrick Cook cartoon. An oversized bird holds open a carpetbag belonging to BHP. With its other wing, it holds a pistol to its own head. Bob Hawke looks on, confounded. The speech bubble reads: “Hand over the money or stupid gets it!”

The Nationals negotiate from a similar position. They hold themselves and the Coalition hostage. The country is held hostage, too. The same week that South Korea’s largest commodities buyer singles out Australia as a “regional strategic base” for renewables, they demand concessions to stall a transition that is already under way.

Their intransigence on climate change will cost the country many more billions than the subsidies they are seeking for miners. The yearly cost of climate change-related natural disasters could be as high as $94 billion by 2060, according to figures released this week by Deloitte Access Economics. Billions more will be lost in economic opportunities.

Matt Canavan says Australia should tell capital markets to “bugger off”. The Nationals senator seems to think markets can be addressed directly, in the same way Barnaby Joyce believes clouds can be spoken to.

“Now, you don’t have to convince me that the climate’s not changing. It is changing,” the Nationals leader said in a video posted the Christmas before last, standing under a rainless sky. “My problem’s always been whether you believe a new tax is going to change it back. I just don’t want the government to be any more in my life. I’m sick of the government being in my life …”

The challenge posed by Cook’s bird was whether we believed he might be dumb enough to kill himself. In the Nationals’ case, the joke doesn’t quite work: the tension isn’t there, because the answer is too clearly yes.

This article was first published in the print edition of The Saturday Paper on Oct 9, 2021 as “Last resort”.