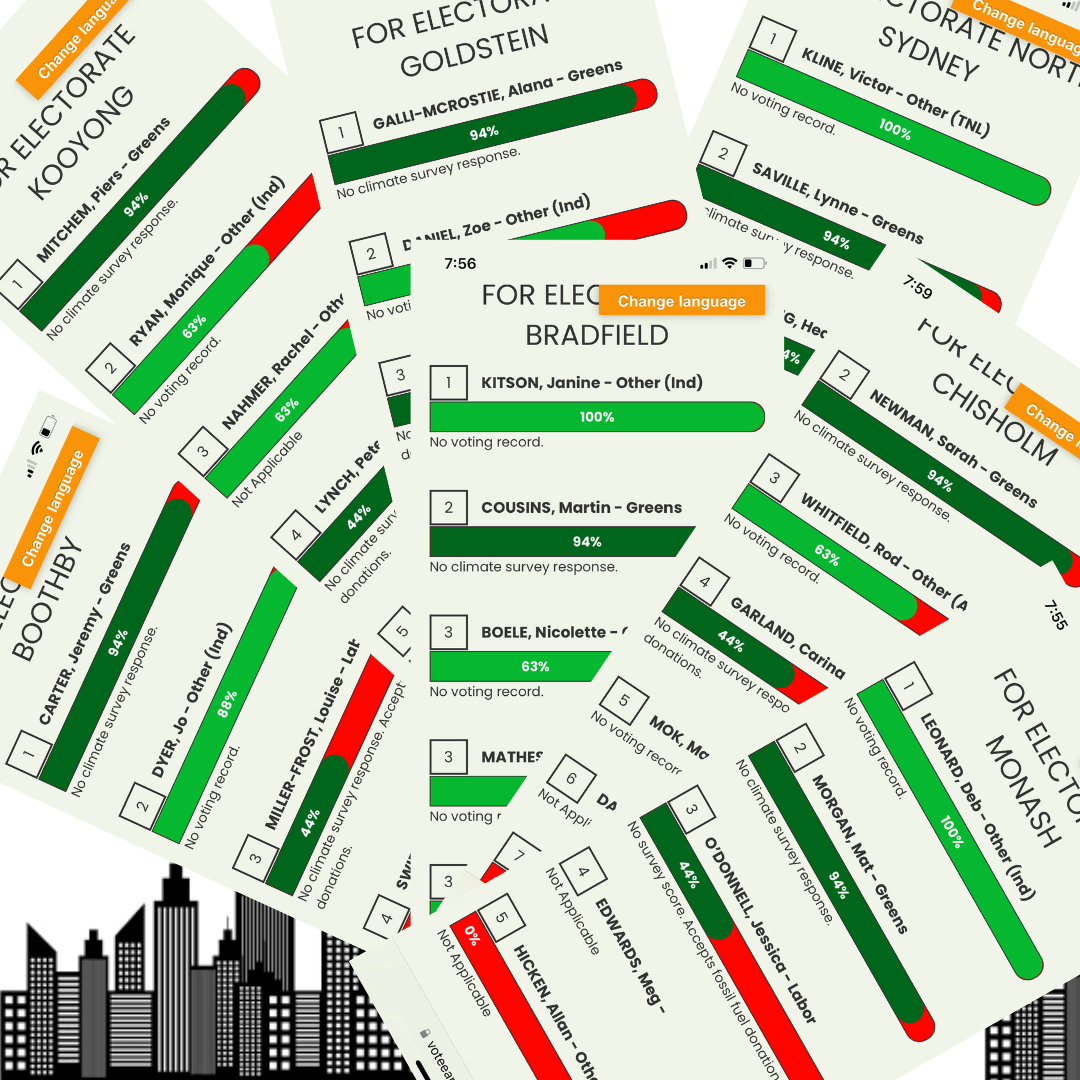 Minor parties and independents are the checks and balances democracy needs – but they have to be pro-climate.

City voters may not have been as severely affected by fires or floods however they are acutely aware of the climate crisis. Did COVID-19 lockdowns increase awareness of the health effects of climate change (including increased vector-borne diseases)? Or were they dissatisfied with the standard of government generally and disgusted by the missed economic opportunities and taxes wasted on pork barreling and fossil fuel subsidies?

In any case these independents and minor parties – often backed by ‘Voices of’ community groups and/or Climate 200 – seem to sense blood in the water!

Learn more about the Climate 200.

How do we know who these small parties or independents will join (to give a winning number of seats) in the event of a ‘hung*’ parliament?

We don’t. This is why the 3rd part of your vote is so important. If those parties that FAILED TO ACT  have a large ‘swing’ against them it will hopefully be impossible for them to get a majority even with the help of those small parties/independents. What’s more it would be seen as a betrayal by these new MPs of their platform and their electorate’s mandate of climate action.

How do we know these small parties or independents will vote to support climate action legislation in the event of the subsequent ‘minority’ government?

We don’t. This is why we have rated them on past action and their climate commitment survey response. This is also why the 3rd part of your vote is so important once again. If those parties that FAILED TO ACT have a large ‘swing’ against them they should hopefully have insufficient numbers to prevent pro-climate legislation going through. Finally we will be relying on the minor parties and independents to force the major party in power to proceed with ambitious climate legislation ASAP in the new government. They will owe their power to those minors and independents and it will be their chance to ‘pay them back’ (not to mention reward those voters who supported them in spite of their previous ‘hot and cold’ record on pro-climate legislation.