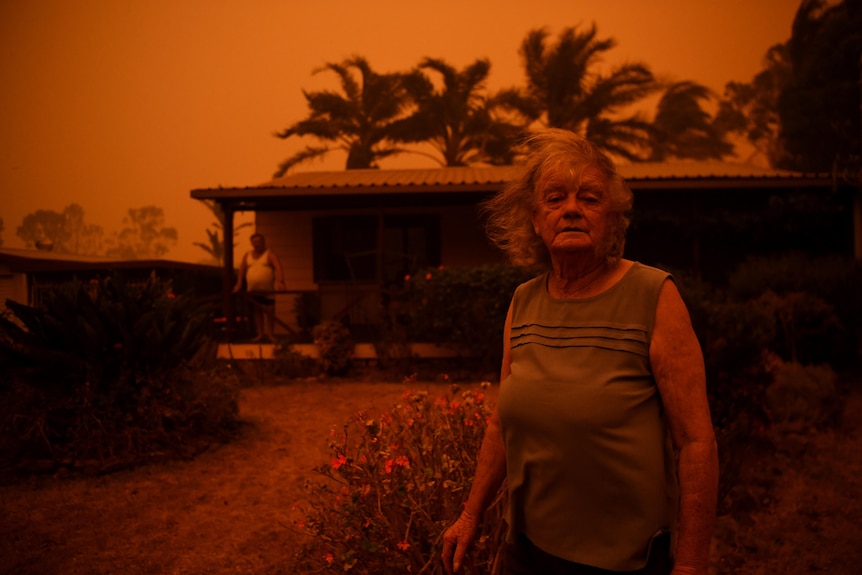 / By Adrienne Francis and Tahlia Roy

It can also leave you feeling helpless, as Queanbeyan-based professional photographer Hilary Wardhaugh knows all too well.

During 2020’s horrific bushfire season, she came across countless dead ladybirds lying among ash at Potato Point, on the NSW South Coast.

“[I saw] lots of ash everywhere along the beach, and within the ash were millions of ladybirds. You could still see them, so they hadn’t been burnt, but they were all dead,” Ms Wardhaugh said.

The picture she took of that scene became the catalyst for a project now known as the Everyday Climate Crisis Visual Petition — a call to action from women and non-binary people.

“It was heartbreaking, and that’s why I wanted to start this project,” Ms Wardhaugh said.

“I wanted to crowdsource images that illustrate climate change in Australia, and sourcing images from women and non-binary people only.

“I think it’s important that women have a voice, and a voice through photography and creativity.”

Ms Wardhaugh’s goal is to collect 1,000 photographs; once that number is reached, the petition will be submitted to federal parliament as “a visual response to the Australian government’s climate change policies”.

“What I hope to do is have the prime minister at the time hold our petition up in parliament, rather than a lump of coal,” Ms Wardhaugh said.

‘1,000 pictures are screaming from the rooftops’

Despite only formally launching at the Women See Change event last week, the petition already has 500 climate change-themed images from both amateur and professional photographers in its collection.

“There’s been a lot of images where people have done something quite creative in response to how climate change makes them feel,” Ms Wardhaugh said.

“We’ve got people from all over Australia who’ve submitted. All range in ages, backgrounds and culture, regions.”

PhotoAccess’s Caitlin Seymour-King helped launch the petition, and said photography is “a hugely helpful tool in the climate change discussion, to represent perspectives that aren’t being listened to”.

“I think an image tells us something immediately. We have a visceral response, a bodily, corporeal response that communicates things so much faster and so much more felt,” she said.

“If a picture is worth a thousand words, then 1,000 pictures are screaming from the rooftops.”

One of the most moving petition images Ms Seymour-King has seen so far was submitted by Lib Ferreira.

Ms Ferreira captured a kangaroo mob against a backdrop of smoke during the 2019-20 bushfire season at Queanbeyan Lawn Cemetery in southern NSW.

“The kangaroos represent all of us just trying to stay alive in this huge climate crisis … and they are helpless, in a way,” Ms Seymour-King said.

“They are just there to feed on the land of dead bodies with fake flowers popping through. It’s a huge symbol.

“But the kangaroos are also kind of offset with comicalness, because it’s kind of hilarious to see them unknowingly being part of this message and this campaign and this story.”

Uniting voices from across the country

Artist and poet Dr Judith Nangala Crispin, based in Womboin in NSW, was inspired to join the project after the 2020 bushfires devastated her region.

“We all go through terrible times, and part of the way that we cope with that as humans is we overwrite it with the better time that we’re in — but nothing brings back those times more clearly than a photograph,” Dr Nangala Crispin said.

“If you lived through those fires, or even through the smoke of those fires and you couldn’t breathe properly because of the smoke, if you sit there and you look at a photograph, it’s going to remind you of that — and we need to keep that lesson fresh.”

Dr Nangala Crispin believes the petition could feature a “groundswell of voices”.

“Women’s voices, first nations voices, people who are gender fluid, they’ve all been overwritten by privileged male voices,” she said.

“But with a project like this, every single person who puts in a photograph gives permission for somebody else to do the same.”

Dr Nangala Crispin said photo stories are an important art form because every angle captured through the lens is unique, regardless of training.

“You are always the most important person in that moment, no matter what your skill level is, and that’s why sometimes we see these incredible photographs taken by people who aren’t terribly well known,” she said.

“I think the moment you press the shutter, whether it’s on a camera or a phone, what you have done is an act of bearing witness — and that is the art there.”

And, while the images are often confronting, Ms Seymour-King said the project was underpinned by a sense of collective hope.

“The word ‘hope’ came up as something quite important that we wanted as our anchor, as it’s very easy to fall into a hole of despair,” she said.

“But potentially we can do something [to affect change] together.

“Anyone can pick up a phone or a disposable camera, take a photo, and mean something with it. And we can validate each other in that process as well.”