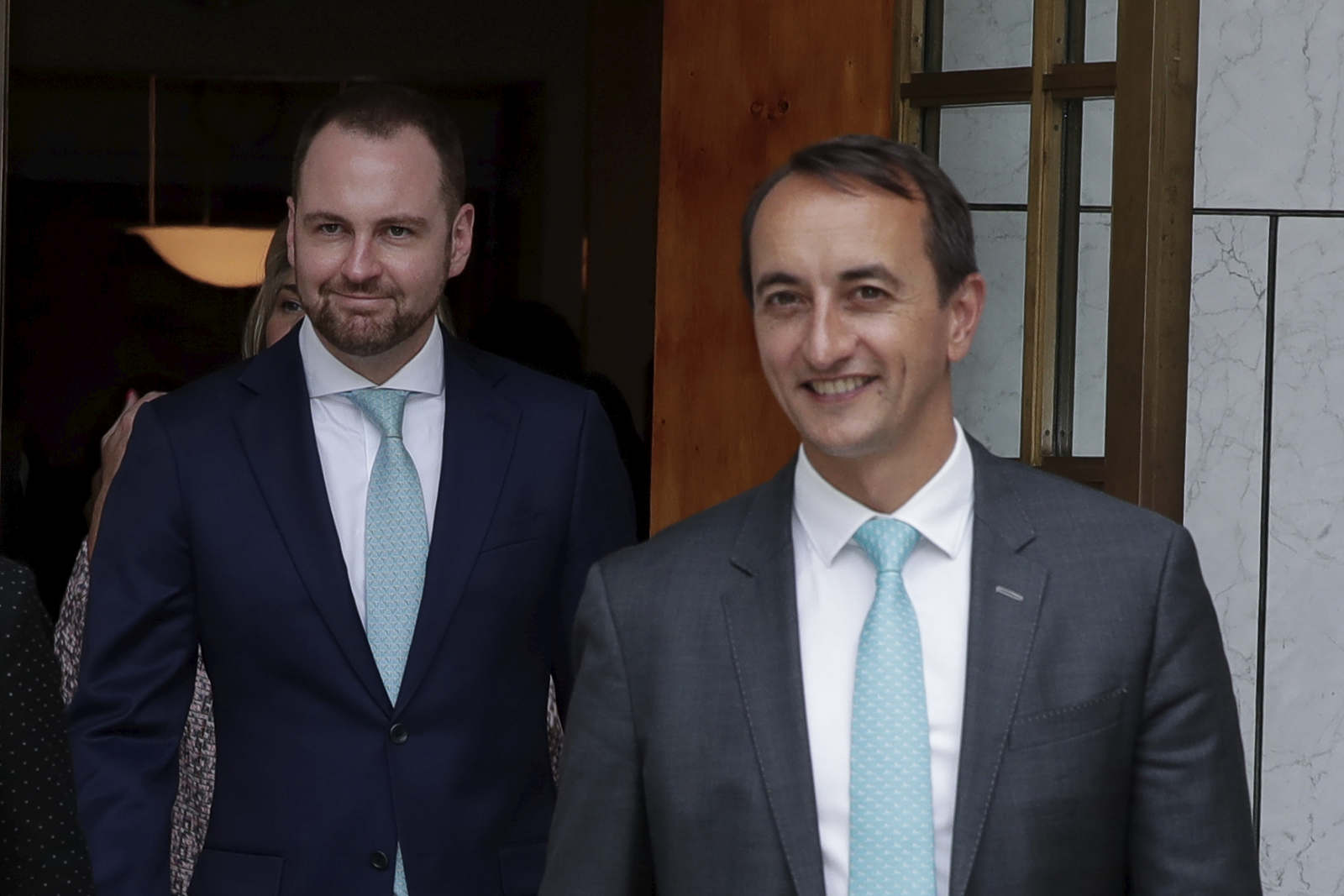 Image: Senator Andrew Bragg, left, and Dave Sharma, right, have launched a series of complaints against the transparency site They Vote for You. CREDIT:ALEX ELLINGHAUSEN  SMH November 2021

While the national discourse has focused on Prime Minister Scott Morrison’s lack of a desire for accountability in the form of a Federal ICAC, a lesser but worrying motion from Liberal Party members Andrew Bragg and Dave Sharma has attempted to paint the democratically useful charity-information website “They Vote For You” as a partisan hive full of lies.

They Vote For You uses the Hansard (a written record of all the things said in Parliament, dumb or otherwise) to clump votes held in parliament into categories based on Policies. Politicians embarrassed by the gulf between their words and voting patterns don’t like this very much, because it’s entirely based on their voting patterns.

Co-founder of They Vote For You Matt Landauer explains the purpose of the site. “Whether someone has written a book about an issue, or made a statement, or is publicly known as being for or against something is actually irrelevant in terms of how they’re presented on They Vote For You. Because all that comes into it is how they vote.”

So, they’ve written a letter! A joint letter, penned by Senator Bragg and MP Sharma, which is not publicly available, so not a great start to the whole desire to be accurately represented in the public they claim to be interested in.

Bragg and Sharma claim the website misrepresents them on issues they are personally passionate about, simply because they didn’t vote to support those personal passion issues, holding them to the impossible standard of being accountable for the difference between the things they have said and the things they have done.

When The Shot requested to see the letter so the pollies could be held to the standard of being accountable for their own words, again, it was not provided. The Shot uses naughty words like fuck and shit and is not a place for a respected member of Parliament to be defending their ideas, so none of this is surprising.

But the Sydney Morning Herald, which does not swear, has seen the letter. The SMH says Senator Bragg is upset he is listed as voting against protections for LGBT Australians and a constitutional Indigenous Voice to Parliament despite leading a campaign in the Coalition to legalise gay marriage and authoring a book backing the Voice.

But, you know, the voting pattern thing…

The more reasonable part of the MP’s complaint is the wording the site used was “voted strongly for” or “strongly against”, even if they had voted only once on an issue. They Vote For You adapted the language removing, replacing “strongly” with “consistently”, better reflecting the voting record of members.

Sharma and Bragg feel the website should be stripped of its charity status, thus disincentivizing the public from donating because we won’t have a tax incentive to do so. And we all know nobody does anything unless they receive a tax benefit for it.

Senator Bragg’s full voting profile can be seen here. We invite readers to determine for themselves if Bragg, who has almost never rebelled from the party line, is voting true to his personal beliefs.

Given Bragg is concerned with how he is presented on the matter of an Indigenous voice to Parliament, let’s look at his record on National Reconciliation. How did he vote? Is he right to be upset?

They Vote For You tells us he voted on a series of indigenous rights/issues:
– generally against closing the gap between Indigenous and non-Indigenous Australians
– consistently against increasing protection of Aboriginal heritage sites

Not a great start!

And here’s the big one: he voted consistently against a constitutionally enshrined First Nations Voice in parliament. You had one job, Senator! You even wrote a book about it as you and your website like to point out.

But books and talk mean nothing if when in a position to enact change you do nothing.

Here is the big idea, this is the party line.

Dave Sharma has never crossed the floor and broken with party ranks. This conga line of lack of concern is the fucking party mindset. It’s what you sign up for when you join. And it’s not like he was grandfathered in: he has been an MP since 2019. I know it feels like we’ve lived five years since then but it wasn’t even two years ago.

This here is a microcosm of the party problems as a whole at the moment. They refuse to be held accountable for their actions and expect people will just forget, that nobody will look into the things they have done.

Taking the approach Trump mastered as President: if you mess up enough it is impossible to be held accountable for everything.

Crossing the floor has become a complicated action for a member, as was recently demonstrated by Bridget Archer who crossed on the Federal ICAC vote and was dragged into a meeting with the head untruth in charge, Scott Morrison, to have a chat about the whole thing. Meanwhile the five members who crossed to show support for not implementing vaccine mandates didn’t get pulled into the principal’s office to speak about what they did, just days apart.

It shouldn’t be like this. Elected officials crossing the floor on matters of principle used to be seen as a reassuring sign of the health of Australian democracy, not a sign everything is falling apart. A robust democracy requires a variety of opinions, and clearly there are points where senators and members differ from their party. If they wish to influence the party they need to be able to express their desires to address issues.

A research Paper studying floor crossing in the federal parliament from 22 February 1950 to 11 April 2019 had a lot of interesting things to highlight. During the period of the study there were 520 (2.6%) divisions in which floor crossings took place and the Coalition participated in 96.8% of those crossings compared to Labor’s 3.1%.

So what happened? Why can’t members like Sharma and Bragg walk the talk instead of talking the double talk and getting upset when someone takes the time to let them know they aren’t living up to the ideals they say they believe in, whether they believe them or not.

Bragg has dissented before, if we are being what these guys won’t be – fully transparent. A total of 0.22% of his votes were rebel votes (against party lines): on treating gender diverse children and adopting Labor’s cheaper child care plan.

Surely this calling out of the only website in Australia that makes the voting process as clear and concise as possible for the average Australian citizen isn’t just a cynical attempt to curry favour in a party that is currently dedicated to clamping down on accountability and investigations into their actions?

Party dissent has become a driving force of stagnation in major parties. Fun fact: Barnaby Joyce, the outlier, is the most frequent floor crosser in the current parliament, with a record 28 crosses. I will resist the urge to make a cheap joke about him not being able to settle for just one party, because that’s beneath us and we’re trying to get access-to-secret-letter clout.

Seeing as the Liberal Party presents itself as the party that believes “In those most basic freedoms of parliamentary democracy – the freedom of thought, worship, speech and association”, you’d think those thoughts and speeches would be able to move from party lines a little and without consequence?

It would be irresponsible of me to imply that they are conspiring at all levels of the party to hide their actions from the public by shutting down the potential to investigate or having websites that take the time to carefully curate and lay out their votes damaged by lack of funding, but it certainly seems they are at least so embarrassed by their past votes they will do whatever it takes to shutdown being kept in check. 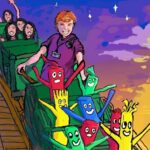