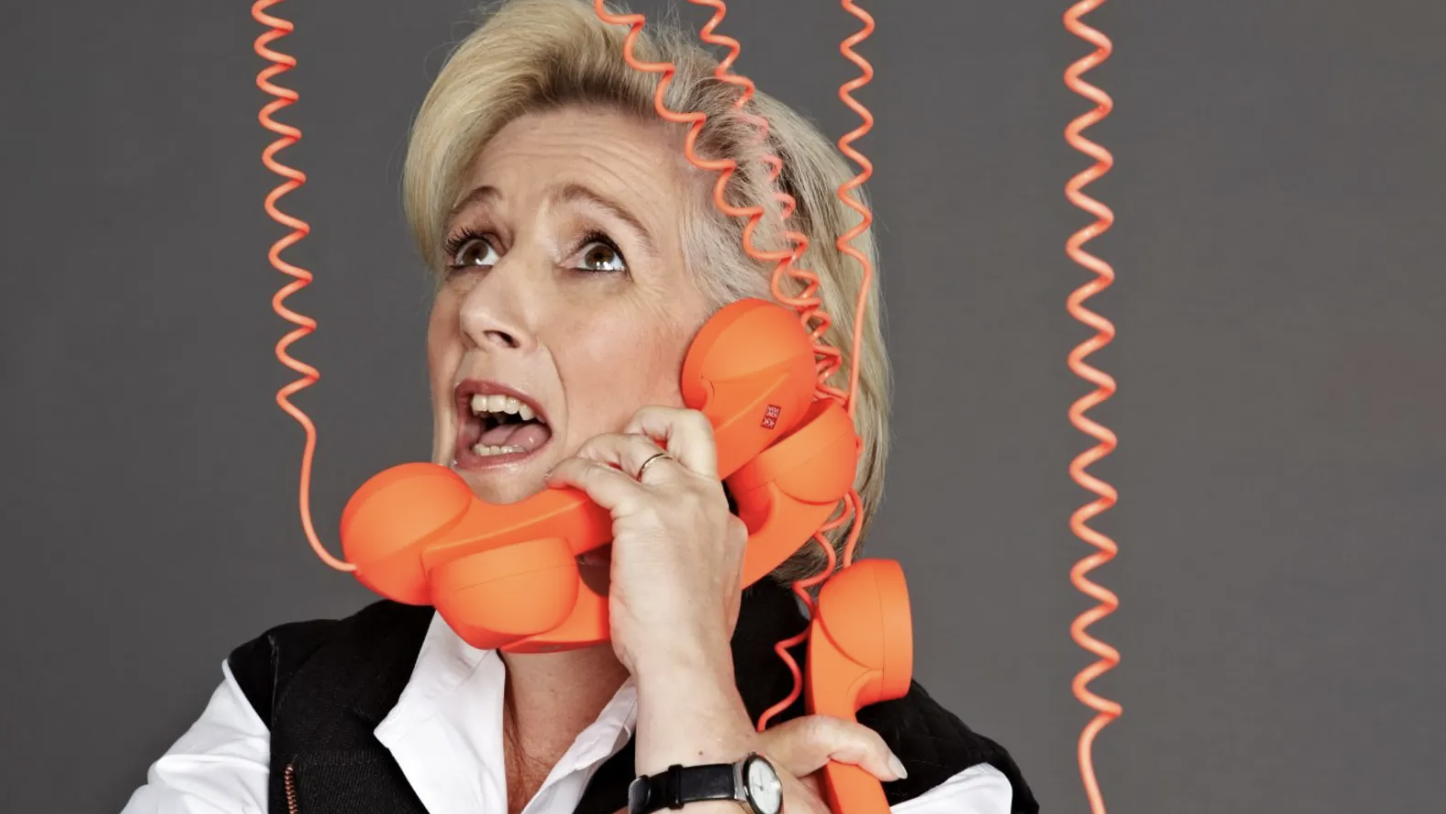 Eligibility for telephone voting will be expanded to allow Covid-positive Australians to vote in Saturday’s election.

On Thursday the Australian Electoral Commission admitted that more than 100,000 people had been caught by an anomaly that could have prevented them voting: they tested positive after the cutoff to apply for a postal ballot but too soon to qualify for telephone voting.

But on Friday morning the AEC said it had recommended problem be fixed to allow anyone who tested positive after 6pm last Friday to use telephone voting.

The fix follows strong criticism from Australians prevented from having their say in the election and a legal threat from the independent candidate for Kooyong, Monique Ryan.

Ryan, who is challenging the treasurer, Josh Frydenberg, had announced she would bring an urgent federal court case (see below) against the special minister of state, Ben Morton, to fix the issue.

Scott Morrison confirmed eligibility had been expanded to prevent disenfranchisement of Covid-positive people. Asked on Friday if he agreed all Australians should be able to vote, Morrison told 6PR Radio: “Yeah I do.”

“We’ve received that advice now, and they’ll be expanding eligibility to people who tested positive after 6pm last Friday, that’s the recommendation of the electoral commissioner.

“He’s worked through the logistics of all of that, what that means, on the call centres and all of those sorts of things, the practical issues that he has to be satisfied of.”

The government is now consulting with the opposition to get bipartisan approval to make new regulations expanding the eligibility for telephone voting.

Morton said the government had “immediately acted on advice provided by the AEC this morning”.

“Any voter who has tested positive for Covid-19 after 6pm Friday 13th May will be able to access the secure telephone voting service,” he said.

“It is important that every Australian who is enrolled and entitled to vote, be able to exercise their democratic right and this change ensures that.”

Earlier Morrison said: “We want to make sure Australians have as much opportunity as they should in a democracy to vote.”

He told ABC News Breakfast: “We will take [the commissioner’s] advice. It is not something for politicians to interfere in. We have an independent process, but we are ensuring the commissioner has every support that he can conduct the election in the best possible way.”

The Australian electoral commissioner, Tom Rogers, said: “The telephone voting service was legislated by Parliament as an emergency measure for individuals who had no other voting option once postal vote applications closed at 6pm on Wednesday.”

Rogers said the AEC “cannot change the eligibility criteria but have certainly heard the concerns expressed by members of the public who tested positive to Covid-19 prior to 6pm on Tuesday and had not cast an early vote or applied for a postal vote”.

“We have analysed the service’s take-up so far, our staffing levels and forecasts for use, and are in urgent discussions with Government about the concerns expressed by members of the public,” he said.

“This morning I have signed a brief recommending for the eligibility for the service be expanded.”

Elias Visontay
@EliasVisontay
A high-profile independent candidate is planning legal action after the Australian Electoral Commission conceded an anomaly means some people – possibly in excess of 100,000 – isolating with Covid may not be able to vote in Saturday’s election.

Lawyers acting for Monique Ryan, the teal independent candidate in Josh Frydenberg’s seat of Kooyong, will on Friday lodge an application in the federal court seeking to challenge the legality of a regulation the AEC has conceded will prevent some Covid-positive people from being able to vote.

The legal challenge will technically be brought on behalf of an affected voter, a spokesman for Ryan said.

On Thursday evening, Ryan claimed the disenfranchisement of voters “is the result of a decision by the Morrison government” and said the legal action would be brought against government MP Ben Morton, who is responsible for electoral oversight in his capacity as special minister of state.

“Ben Morton has passed flawed regulations that mean a significant number of Australians can’t vote in this election,” Ryan said.

Some Australians who tested positive for Covid earlier in the week have found themselves caught in the voting eligibility anomaly whereby they missed the deadline to register for postal voting, but recorded a positive RAT test too early to access telephone voting.

People who tested positive for the virus from Sunday to Tuesday at 6pm, but failed to register to postal vote by the Wednesday 6pm deadline, could miss out on casting a ballot.

Some voters who tested positive on Tuesday had just 24 hours to register for postal voting while dealing with their diagnosis.

In anticipation of Australia’s first federal election during the pandemic, the Electoral Act was amended to allow regulations to be made to temporarily expand telephone voting eligibility – a method previously only used by voters with vision disabilities and Australians working in Antarctica. The regulation allowed only those who test positive after 6pm on Tuesday 17 May to vote by phone.

Ryan said “there’s a very clear solution here”, which is “the right to vote by phone should be extended to every Australian who is Covid-positive”.

“The Morrison government has had two years to prepare for an election where we knew people would be Covid positive. This is serious ineptitude resulting in the disenfranchisement of up to 1% of the electorate. This could be enough to change the result in many seats,” Ryan said.

The Guardian has also been contacted by affected voters who claimed they tried to register for postal voting before the deadline but were told their ballot papers would not arrive in time and they should wait until phone voting details became clear on Wednesday – only to ultimately be told they could not vote that way.

The exact number of people affected is not clear. The AEC has acknowledged that some in the cohort “may not be able to vote”. A spokesperson said there was no scope to change the voting eligibility rules because they were set out in legislation.

“We cannot change this,” they said.

Even those who applied for a postal vote before the registration deadline are not guaranteed to receive their ballots before Saturday.

The AEC spokesperson said “we will be doing everything we can to ensure people who applied for a postal vote will receive them” on time.

On Thursday, the Human Rights Law Centre called on the AEC “to interpret the provisions in a way that upholds the voting rights of all Australians”.

The centre’s executive director, Hugh de Kretser, said “the right to vote is the most fundamental part of our democracy” and was “enshrined in the constitution and has been upheld by the high court on many occasions”.

“We are alarmed that the AEC is adopting an interpretive approach that seems to be contrary to the intent of the Electoral Act. The AEC’s position risks disenfranchising tens of thousands of Australians unless it is revised. We urge the AEC to clarify its position immediately,” De Kretser said.

Ryan, whose contest with Frydenberg is expected to be tight in Saturday’s poll, called on the AEC to provide a way for those affected by the anomaly to vote. She said the issue “is not hard to fix”.

“It’s safe to assume that a great many people who were in their sick beds with Covid didn’t know about the postal vote deadline,” Ryan tweeted.

“I’m going to guess that young people, people who speak a different language at home etc are VERY unlikely to have known about this,” Ryan tweeted.

Greens senator Larissa Waters wrote to Tom Rogers, the Australian Electoral Commissioner, on Thursday to express concern both at the anomaly for Covid-positive voters and polling stations not being able to open due to staffing issues.

“High infection rates across the country mean that these issues could have a significant impact on voter turnout, particularly amongst young voters, voters from vulnerable communities, and voters in regional areas,” Waters said.

Waters sought clarification on what options would be available to electors who have tested positive prior to 6pm on Tuesday, but have either not registered for, or not received, a postal vote. She also asked for clarification of how someone in isolation alone could lodge a postal vote without someone to witness it or post it.

Kooyong voter Guy Miller tested positive for Covid on Monday and realised on Thursday he had missed the chance to register for a postal vote.

When his wife, Carol Miller, called the AEC a representative offered to take Guy off the list so he would avoid a fine for not voting, she said.

“I said that’s not the problem, he needs to be able to vote somehow.”

Carol Miller claimed the AEC representative then suggested Guy take another RAT test and because it would show positive after the phone voting eligibility came in he would be able to vote by that method.

“The AEC is back in the dark ages,” she said.

Guy Miller added via telephone: “It’s really slack. This is the first time ever that people have a real chance to make a change. Normally it’s a forgone conclusion in Kooyong … I’d hate to be the one vote that could have swayed the election.”