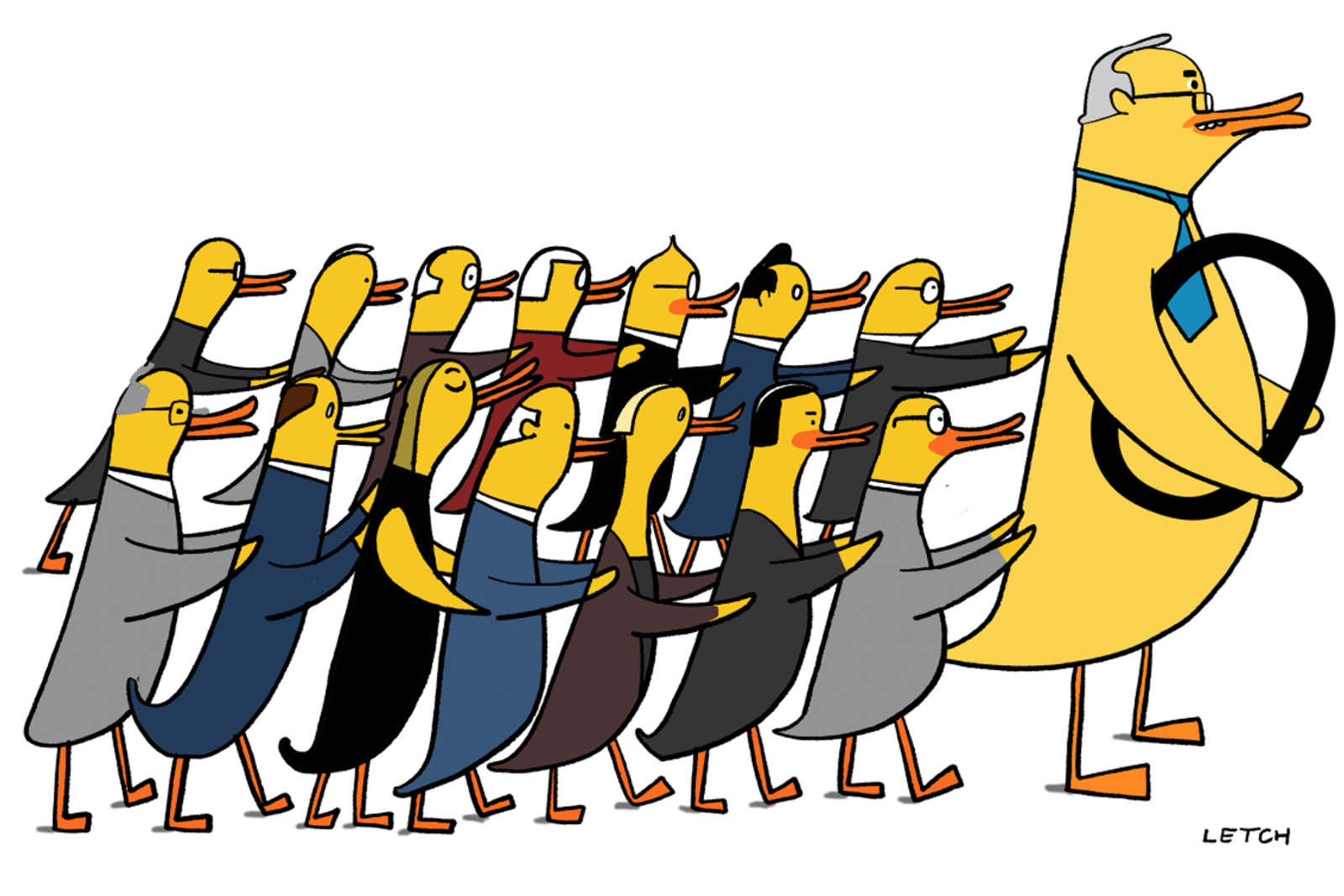 Only when Scott Morrison agreed to a Zoom session with 18 of his Liberal colleagues a month ago did it become clear he was ready to make a pledge that could finally end the party’s long years of civil war on climate change. The online meeting, on September 28, gave Liberal backbenchers a chance to eyeball the Prime Minister to see if he was serious about bringing the government out of the dark ages by committing to cut greenhouse gas emissions to net zero by 2050.

“Our attitude was trust but verify,” says one of the Liberals on the call. The MPs wanted the Prime Minister to endorse the net zero target. They took him at his word when he talked about making progress. But they had to test him to be sure he would deliver.

And, in the end, they got what they wanted. They caucused before the meeting to agree that a “plan” was not enough if it did not have an end point. It had to have a 2050 deadline. Morrison told the group he was trying to find a path towards that result. According to someone who kept notes, he said: “I want a plan with a target.”

Hours of airtime and thousands of words have been devoted to the Nationals and their leader Barnaby Joyce during their struggle against net zero. Not a lot has been said about the Liberals who fought to get it. That was deliberate: the Liberals chose not to goad the Nationals. But they had numbers on their side.

Three things stand out about the September 28 meeting. The first is that Angus Taylor was absent. When Liberal backbenchers spoke to the Energy Minister he talked about a plan but not a target. Some say he discouraged ambitious language such as talk of a “carbon-neutral” economy. Some were frustrated that he told them to be quiet while the Nationals had free rein.

The second is that Morrison called in Josh Frydenberg, someone the Liberals knew was on their side. The Treasurer had delivered a speech a few days earlier about the way global markets would punish countries that did not cut emissions. His argument: the cost of inaction was greater than the cost of action. It was a humdrum observation for many but a seismic one inside the Coalition.

The third is that the Liberals had to play hard to be heard. One of them, Trent Zimmerman, the member for North Sydney, asked for a group discussion with Morrison. Another, Dave Sharma, the member for Wentworth in Sydney’s eastern suburbs, followed up with a formal request. Sharma drafted a letter to Morrison setting out what the group wanted. Most of the MPs signed. They asked for net zero by 2050 and credible milestones with interim targets like 2030. They asked for protections for workers but said Australia would gain immense opportunities if it moved, like its strategic allies, to the new target.

Sharma did not send the letter. It was never leaked. But he told Morrison it was written. The Prime Minister and his office knew the MPs meant business. The meeting was scheduled for the days after Morrison returned from meetings in Washington DC and New York, where United States President Joe Biden asked him to commit to net zero.

The quiet approach worked. “Persistent determination without tearing the house down – that’s the way I’d characterise it,” says one of the MPs. It was so secret that almost all the MPs refused to talk when word of the meeting got out to this newspaper’s national affairs editor, Rob Harris.

Moderate Liberals, in particular, believed they could not go to the next federal election with the climate policy – and attitude – they took to the last. “Some voters were going to come back at us with baseball bats,” says one.

Katie Allen, the member for the inner-Melbourne seat of Higgins, had told Morrison about the danger at a dinner for Victorian Liberals at The Lodge on August 10. When the Prime Minister asked MPs about the issues running hot in their electorates, Allen was direct: “Climate. That’s the big thing.” Others backed her.

How far would these Liberals have gone to force the government’s hand. Some were ready to cross the floor in Parliament. “If we did not get net zero, people might have considered their options,” says one. “I think it was out there [as an idea] but never discussed.”

A threat to go to the crossbench was not part of the plan. The group was disciplined about working within the party. Jason Falinski, the member for Mackellar in northern Sydney, hosted a Zoom meeting every week to share intelligence and consider the best way to make their case. The talks began informally last year but focused on climate in recent months.

Morrison was heading towards net zero anyway for simple reasons: a majority of voters want it and he will face an election within seven months. The man who took a lump of coal into Parliament had to change. Colleagues say his remarks to them showed he was genuine about climate change. So there will always be doubt about whether the Liberals really had to push hard to get Morrison to adopt the target, even if disputes over climate did bring down his predecessor, Malcolm Turnbull.

Morrison will not survive without the group that urged him to embrace net zero. Many of them hold the kind of urban seats, including some highly marginal ones, that could decide the election. They were not helped by the way Morrison and Taylor unveiled their climate statement on Tuesday, with a presentation long on words and short on detail.

The government forgot the basic tasks in communicating policy. It needed to manage expectations, sell the big-picture message and carefully explain the details. It put all its effort into the second task and bungled the other two.

The Liberals were as important as the Nationals to the outcome. More so, in fact, because they won. There was a form of political physics at work: every action has an equal and opposite reaction. The Liberals had to push back against the Nationals to keep Morrison on a straight line to the prize.

Some Liberals even see it as a gun-control moment. Climate change has split the Liberals and Nationals for years. It might split them again. The resolution of the argument this month comes with political risk in some regional seats but brings the government into line with the majority of the electorate.

Morrison said he wanted to get to net zero but the Liberals found a way to make sure it happened. That makes the outcome a lesson in politics. Success is not always about being seen on Sky News at night, playing to the base or sending juvenile tweets. It is still about numbers. The Liberals had them. And they knew how to use them.