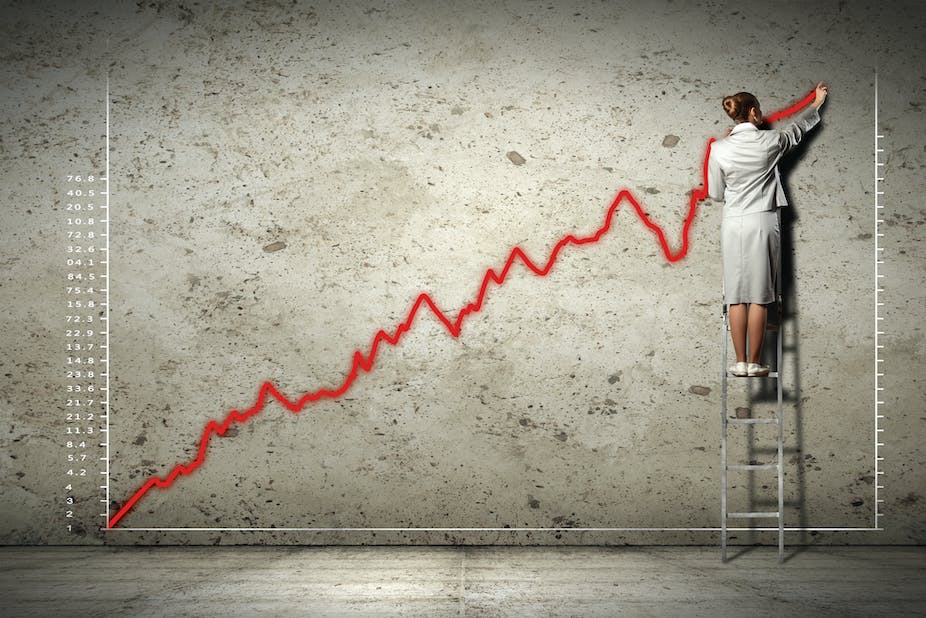 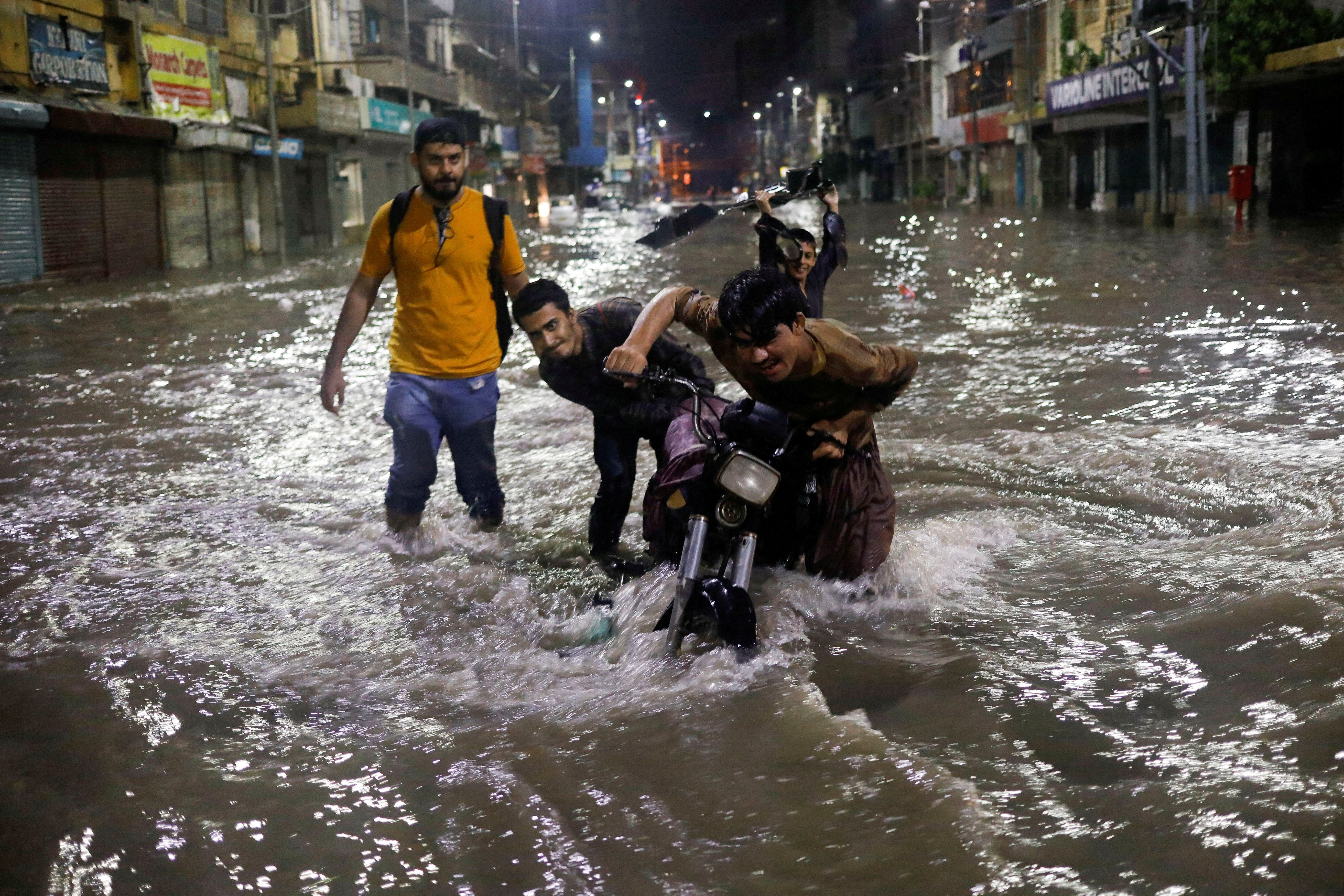 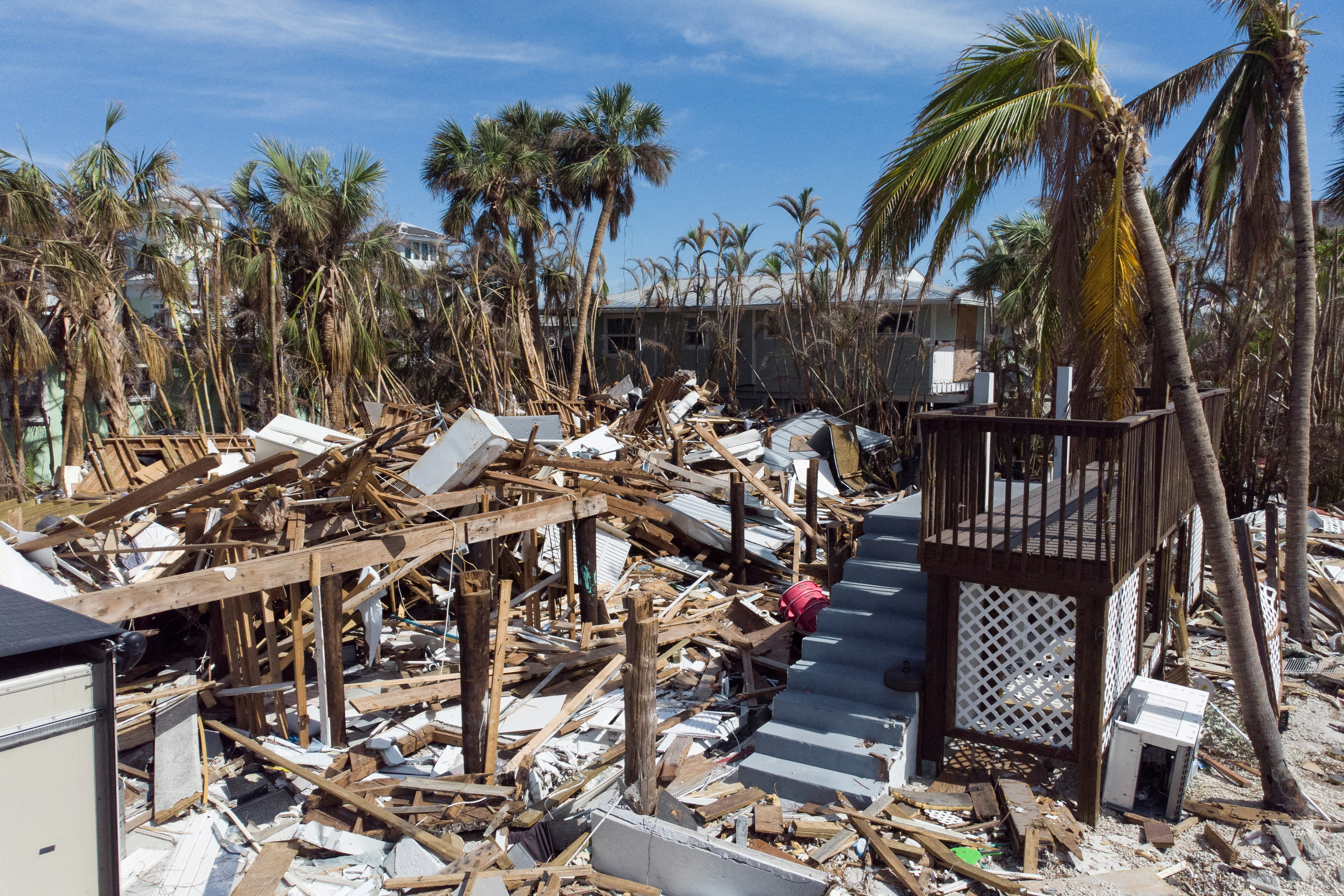 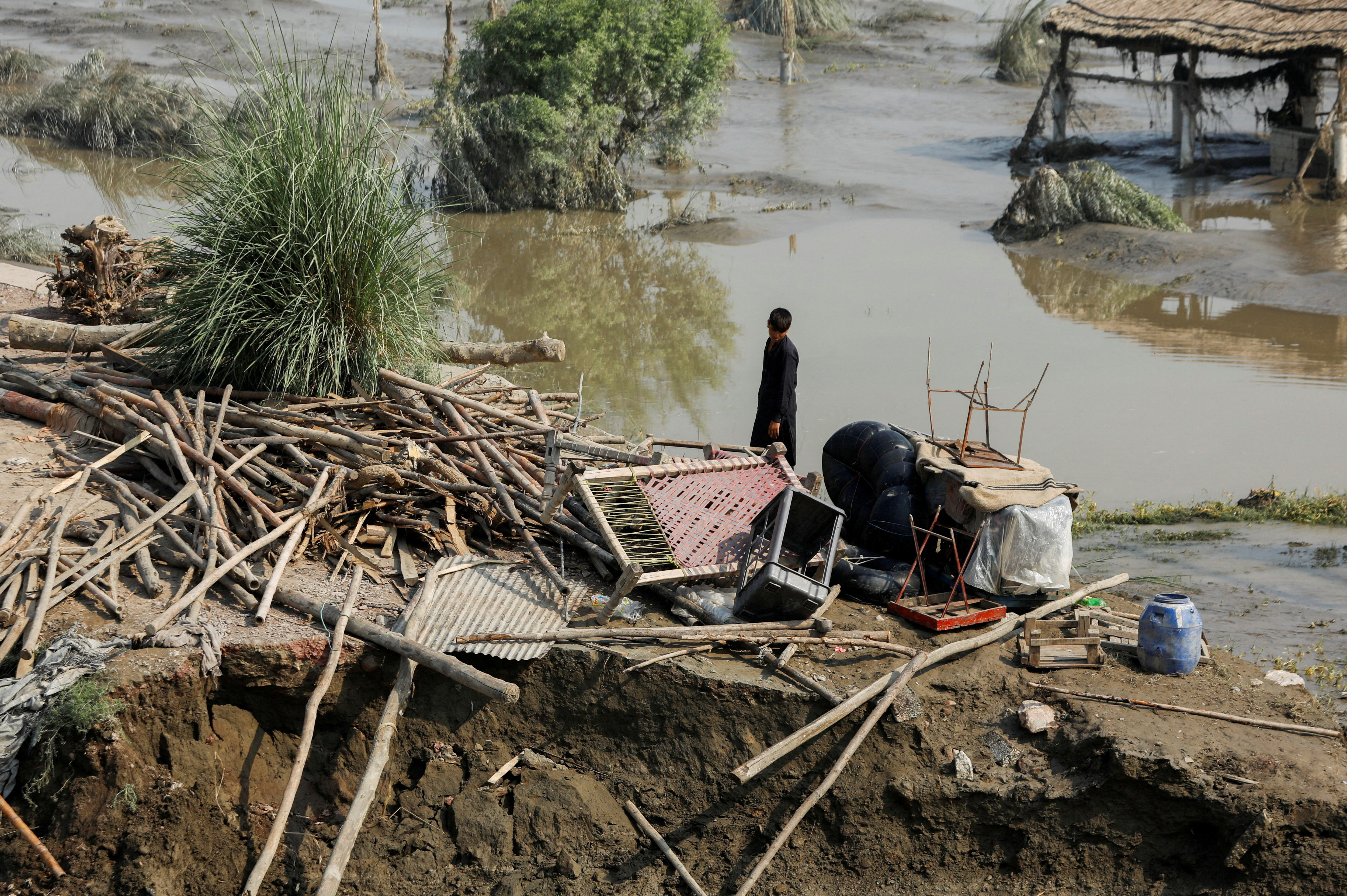 [1/3] Boys push their motorcycle after it was stopped on a flooded street, following heavy rains during the monsoon season in Karachi, Pakistan July 24, 2022. REUTERS/Akhtar Soomro//File Photo

Nov 21 (Reuters) – Climate change has raised the cost of natural disasters, as rising sea levels and drought increase the frequency and severity of flooding and wildfires, insurers and risk modelling experts say.

The list of the 10 most expensive events of the last decade provided to Reuters by risk modelling firm RMS all took place over the last five years.

While the biggest losses are usually in richer countries with more expensive assets, developing countries such as Pakistan, which suffered flooding this year that cost an estimated $40 billion, often bear the brunt of damaging weather.

How to get money to poorer countries after climate disasters was a dominant theme at the COP27 climate talks in Egypt, and insurance is seen as one way to do that.

The disasters are ranked by economic losses, both insured and uninsured, with the costliest first.

After a multi-year drought in California, numerous fires destroyed more than 100 million trees.

The three hurricanes devastated parts of Florida, Texas, Puerto Rico and the Caribbean.

Nearly 11 months of fires affected 80% of Australians and killed or displaced at least three billion animals.

The hurricane hit southwestern Florida and South Carolina, with a 4-metre high storm surge on the west coast of Florida.

Between July 12-15 2021, intense rainfall caused record river levels and left a trail of destruction, mainly in Belgium and Germany but also in Austria, Switzerland and the Netherlands.

Total loss: $40 billion (revised up from early estimates of $3 billion)

The two typhoons hit central and eastern Japan, with Faxai causing 900,000 homes to lose power, while more than seven million people were told to evacuate due to Hagibis.

Central Europe suffered three heatwaves over the course of the summer, including the hottest temperature so far measured in Britain at 40.3 degrees Celsius (104.54°F).

An extreme heatwave from June 25 to July 1 across western Canada and the U.S. Pacific Northwest, caused many wildfires.

Fatalities: 1,400 as a result of excess heat