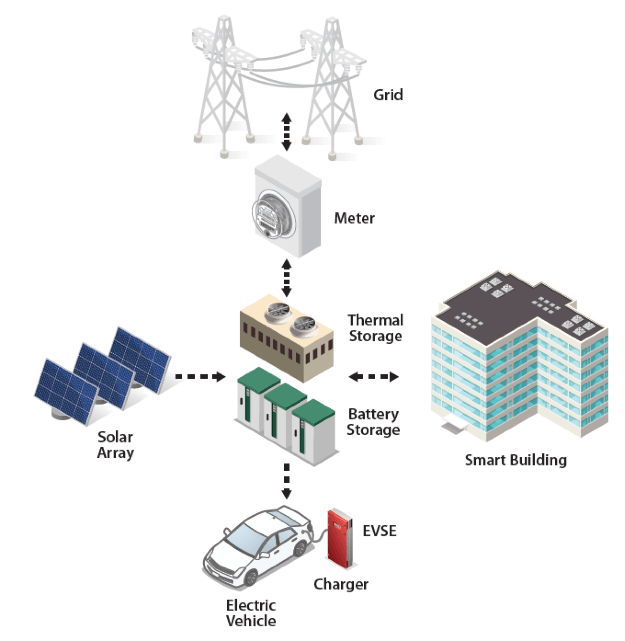 Australia’s Climate Council says $42 billion of private investment and around 100,000 jobs in renewable energy could be created through the implementation of a Renewable Energy Storage Target (REST).

“Australia’s Federal and State Energy Ministers are in the process of designing a new mechanism to support the stability and reliability of Australia’s energy system in the years ahead,” says a joint statement. “A Renewable Energy Storage Target is a strong alternative to any model that would prop up expensive, unreliable coal and gas – the main drivers of recent energy price spikes for Australian homes and businesses.”

The Scheme would involve a series of government tenders for large-scale renewable energy storage projects to meet forecast shortfalls in dispatchable generation and storage. A briefing note on how the Scheme would work is available here.

Hands Up If You’d Like A Home Battery Subsidy

I’m guessing quite a few hands have gone up.

Home batteries are a significant investment, and those hankering after a Tesla product in particular were likely disappointed to recently discover the price of Powerwall went up yet again; putting this popular home energy storage solution further out of reach. While there are a number of Powerwall alternatives that are cheaper, solar battery system pricing remains expensive regardless.

The Smart Energy Council acknowledges the need for batteries for all sorts of applications, but its Renewable Energy Storage Acceleration Scheme doesn’t address the home market.

Solar Citizens has gone into bat for the battler, last week calling on the Federal Government to expand the Small-scale Renewable Energy Scheme (SRES) – part of Australia’s Renewable Energy Target (RET) – to also provide a financial incentive for home battery storage. How much luck they’ll have there remains to be seen and I’m not aware of any positive murmurings from the Feds about it at this point in time.

South Australia also had an incentive until July this year after the scheme was axed by the Malinauskas Government. Following the blackout event in SA on November 12 that stretched out for days for some and then more blackouts on the weekend (and into this morning) due to severe weather, no doubt some South Australians are again cursing that decision.

How the scheme would work.

A rapid, targeted and cost-effective firming mechanism to accelerate deployment of utility scale storage in the National Electricity Market

Summary of the Proposal

The Australian Government, in partnership with State Governments, would undertake a series of tenders for large-scale renewable energy storage projects to meet forecast shortfalls in dispatchable generation and storage. Proponents would bid a floor price for the project’s net revenue over a defined life, enabling them to obtain low-cost financing generally not available today due to currently missing and perceived uncertainty in storage revenue streams.

Proponents will need to sign availability guarantees for projects.

Advantages of the Scheme

●  Fast, proven and targeted – A simple auction scheme can be implemented much faster than other schemes. There are already valuable learnings, infrastructure and governance arrangements that can be leveraged to fast-track implementation of the scheme. Winners of the tenders will be able to quickly obtain project financing leading to rapid Final Investment Decisions (FID).

●  Improved Energy Security – The scheme will accelerate more storage into the National Electricity Market (NEM), reducing the chances of market disruptions or supply shortages enabling more variable renewable energy to be installed while maintaining sufficient electricity supply. New battery storage systems could be installed and operating as soon as 18 months after awarding of the tender for well advanced projects.

●  Cost Effective – Transparent electricity market tendering processes have historically been very competitive, resulting in excellent value for money and selection of the most efficient and well managed projects. There would be no payments from Governments to projects in average or good revenue years and reimbursement payments to Governments in very good years.

●  Low Risk – While the net revenue floor will be high enough to enable rapid project financing, it will not be high enough to provide adequate returns to project owners. This will encourage project owners to manage the projects to maximise revenues well above the revenue floor. When projects earn revenues above a net revenue ceiling bid in the tender, reimbursement payments would be made to the Governments.

●  Adaptable – Running a series of auctions over time creates an opportunity to adjust the scope to address emerging needs of the NEM within the required timeframes of those needs.

○ The projects would need to provide quick start, fast ramp rates and be zero- emissions.

EVs with bidirectional (two-way) charging capability can be used to power a home, feed energy back into the electricity grid and even provide backup power in the event of a blackout or emergency. An EV is essentially a large battery on wheels, so bidirectional chargers can enable a vehicle to store cheap off-peak electricity or solar power to reduce household electricity costs. This emerging technology, known as vehicle-to-grid (V2G), could revolutionise the way our power grids operate, with the potential for tens of thousands of electric vehicles to supply power simultaneously during times of peak electricity demand. For those new to electric vehicle chargers, see our EV charging explained article.