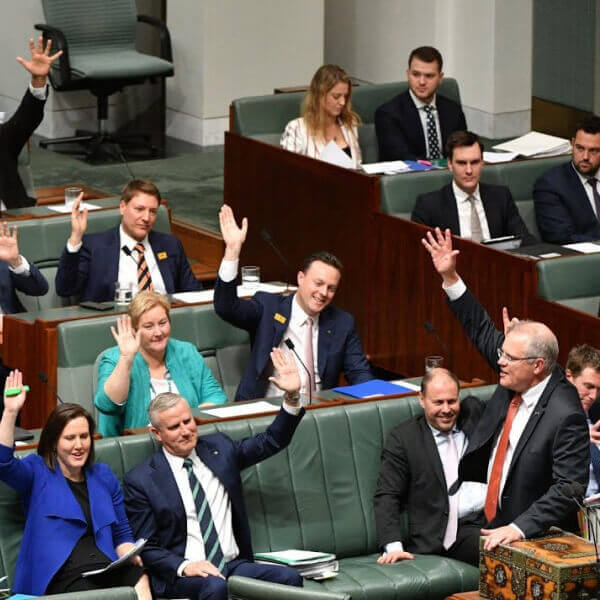 No Barnaby, 2050 isn’t far away. Australia’s intergenerational report deals with 2061

Australia’s fifth intergenerational report will outline the federal government’s policy priorities over the next 40 years, including on issues like climate change. 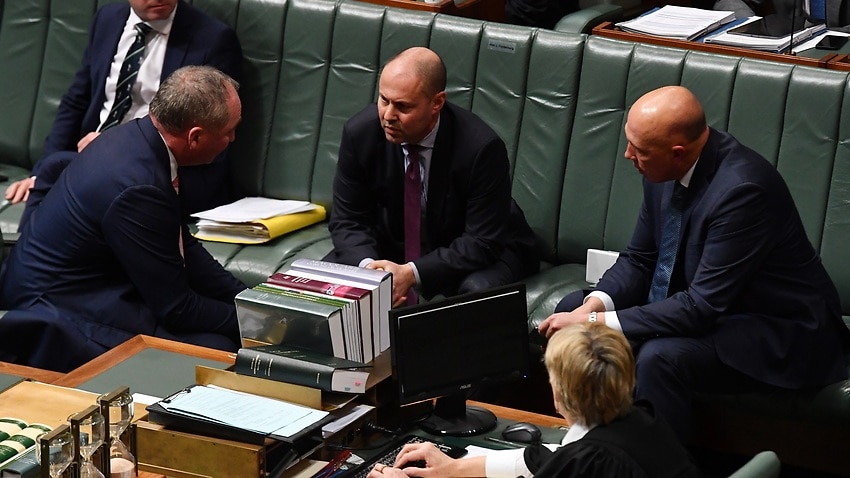 Treasurer Josh Frydenberg (centre) will release a set of official projections that will go way out into the future, to 2061 rather than 2050. Source: AAP

Australia’s Deputy Prime Minister, Barnaby Joyce, has an answer to those who say Australia should commit to net zero carbon emissions by 2050. He says 2050 is too far away to be sure of anything.

As he put it in February while a backbencher, “many of the politicians and commentators talking about a 2050 aspiration will be dead by then”. The man he replaced as deputy prime minister, Michael McCormack, said much the same thing at about the same time.

He was “not worried about what might happen in 30 years’ time”.

While edging Australia ever closer to endorsing a target for 2050, Prime Minister Scott Morrison used the same line of reasoning.

Australia’s goal was to reach net zero emissions as soon as possible, and preferably by 2050.

Near enough to forecast

For all of these leaders, 2050 was simply too far into the future to have a sensible view about.

So what are we to make of what will happen on Monday, 28 June?

Shortly after 10am Treasurer Josh Frydenberg will release a set of official projections that will go way out into the future, to 2061 rather than 2050.

It’ll be the fifth set of official projections going out 40 years — the fifth so-called intergenerational report. 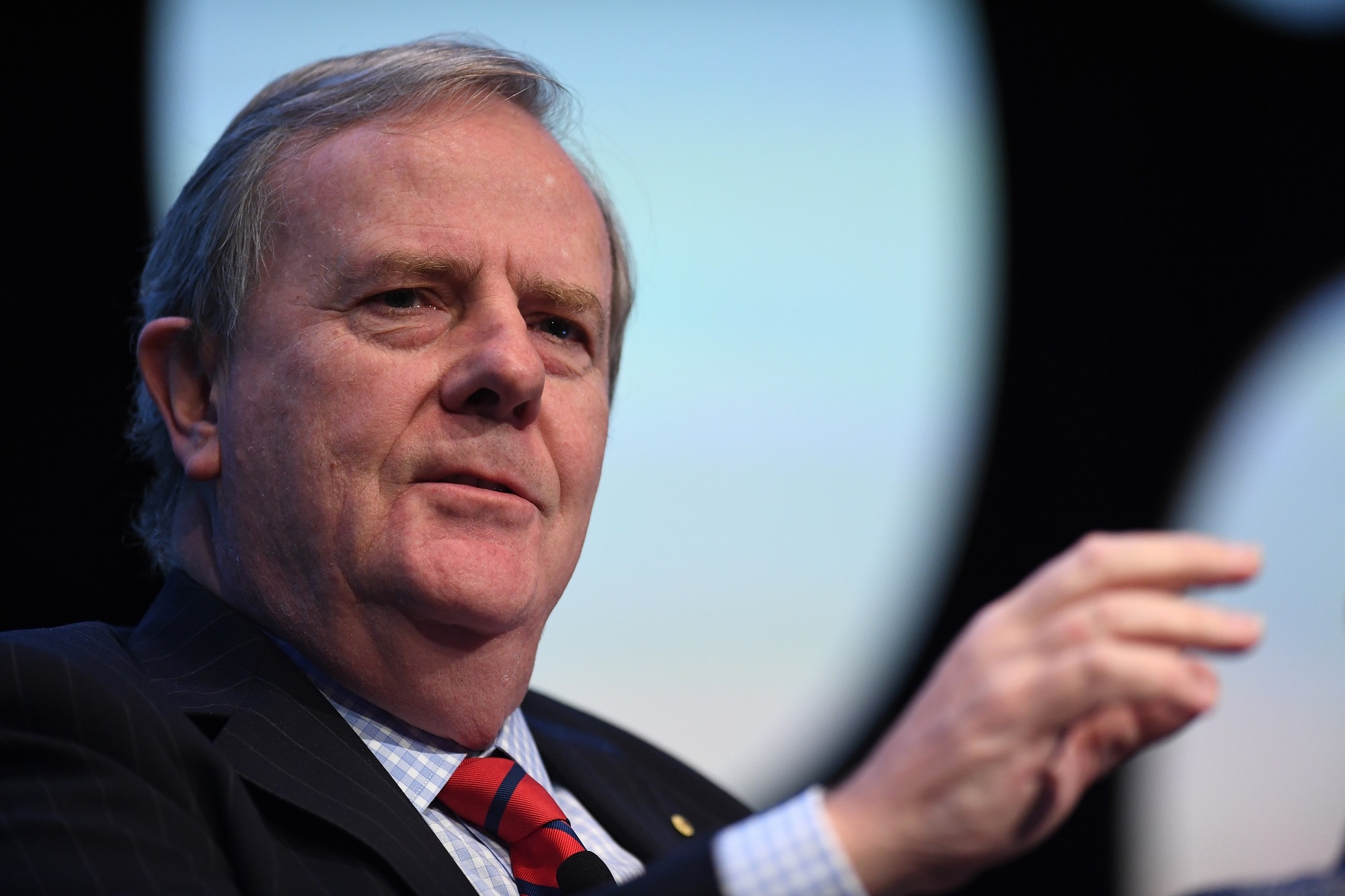 The first, produced by Prime Minister John Howard and his treasurer Peter Costello in 2002, set out projections to 2042.

The Howard government mandated the five-yearly intergenerational reports as part of its Charter of Budget Honesty.

The idea was that it wasn’t good enough to examine the impact of government policies just a handful of years into the future, as happened each budget night. If problems were set to build up over time – say over 40 years – budgets wouldn’t give you a handle on them until it was too late.

The Charter of Budget Honest Act made clear that the intergenerational reports were to deal with more than demographic change.

Climate change feeds into the IGR

And that first John Howard and Peter Costello report included a sharp warning about climate change, noting that “early action to prevent environmental damage, rather than later action to remedy it, is likely to reduce long-term costs”.

In 2010 the third intergenerational report had an entire chapter on climate change. The report was entitled Australia to 2050.

The fourth (Abbott government) intergenerational report in 2015 was prescient in its warning about the Great Barrier Reef, describing protection of it as a “significant challenge over coming decades”. Mr Frydenberg’s 180-page report will also include a chapter on climate change, one that looks beyond 2050.

It will doubtless include the sort of disclaimers all intergenerational reports have had – that projections on the basis of unchanged settings aren’t forecasts. Part of their purpose is to warn what will happen if settings aren’t changed.

The first warned that steadily-rising spending on new medical technologies along with a rapidly ageing population would boost the need for tax by 5 per cent of GDP.

As governments took measures to wind back the growth in spending (including lifting the pension age) those needs shrank in future intergenerational reports, to about 3 per cent of GDP.

To date, each report has found we will have no difficulty finding the money.

The first pointed to living standards 90 per cent higher in 40 years time.

The fourth, using the same metric of real GDP per person but assuming lower productivity growth, pointed to living standards 80 per cent higher.

With so much uncertain, the assumptions in Mr Frydenberg’s report will tell us a lot about where the treasury thinks we are going and what might need to change.

A big concern in the first report was that as the population of older Australians grew, the number of people of traditional working age available to serve each one would shrink, roughly halving.

…if we’re given notice

That concern was overstated somewhat because at the same time the number of young people who needed serving would shrink.

Twenty years on, it is clear that our population isn’t ageing nearly as quickly as had been expected, in part because we’ve been importing many more (relatively young) migrants than expected.

In the year before COVID net overseas migration reached 241,300 per year. The first intergenerational report had expected only 90,000 per year. 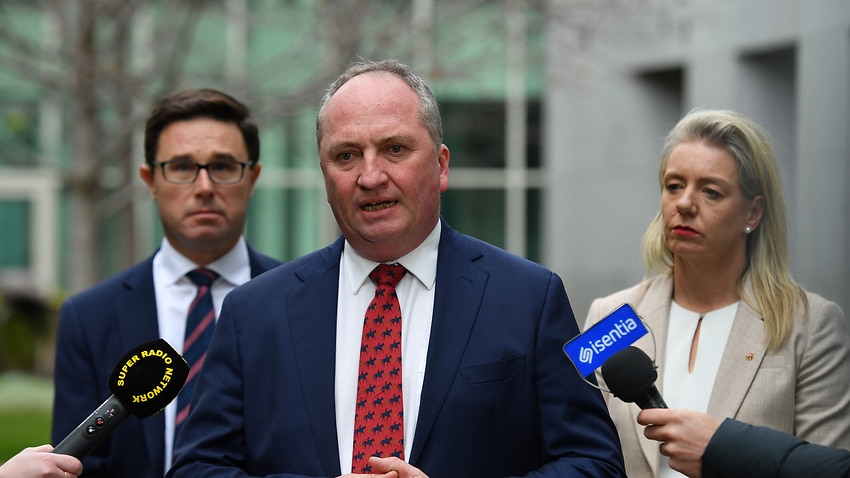 Biloela, coal and climate change: How Barnaby Joyce could drastically shake-up the Coalition

On the other hand our productivity growth — the amount produced per hour of work — has been abysmal. Before COVID it fell to 0.4 per cent  per year. The first intergenerational report had assumed 1.75 per cent.

And the first assumptions about wage growth seem positively quaint. The first intergenerational report expected 4.25 per cent per year. Before COVID we got 2.1 per cent.

There’s no doubt that the assumptions and projections in Monday’s intergenerational report will also seem quaint several decades down the track. But it’s important to make them. The future arrives more quickly than we think.

Peter Martin is a visiting fellow at the Crawford School of Public Policy at the Australian National University.